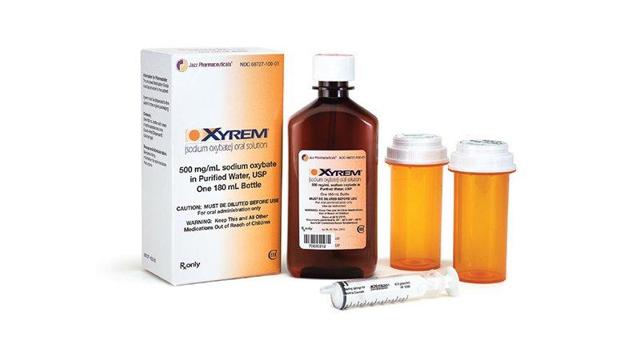 Jazz Pharmaceuticals’ (JAZZ) blockbuster drug Xyrem will be fighting a two-front war as both branded and generic competitors have seen their products enter the U.S. narcolepsy market without infringing on the company’s patents. Over 75% of JAZZ’s revenues are derived from Xyrem, which are likely to go to zero as generic competition gains momentum by FY2023. Between FY2020-2023, branded competition from both outsiders and the company’s own sleep disorder pipeline will likely erode Xyrem’s revenues by 33-50%. The company’s hematology/oncology pipelines have seen mixed successes, and are not enough to offset Xyrem’s market share erosion. Collaboration revenues are too much in their infancy as to give them legitimacy. Overall, investing in JAZZ has been a game of music chairs in which investors were dearly rewarded as Xyrem’s sales ballooned over the past decade. Once the music stops, however, JAZZ’s valuation may find itself overtly exposed to that of its biggest revenue generator.

Over 75% (or $1.4 billion as of FY2018) of JAZZ’s revenues are derived from Xyrem, a sodium oxybate solution used for the treatment of EDS in patients with narcolepsy and/or cataplexy in the U.S. The drug has been recommended as the standard of care by the American Academy for Sleep Medicine and is growing at over 5% Y/Y in terms of revenue. With just 14,300 patients being treated after 9 years on the market, however, this raises questions on the drug’s operational performance. Since 1 in 2,000 adults in the U.S. have narcolepsy and only 50% are successfully diagnosed, this results in an implied market size of just 63,842 patients (or 81,900 after the new pediatric label expansion). Hence, Xyrem was only able to capture 22% of overall patients’ market share despite being 17 years on the market.

Part of the reason why the drug has seen only modest progress in the treatment of excessive daytime sleepiness is its twice per night formulation. Patients must drink an oral solution before bed, set their alarm clocks to 4 hours after they sleep, take another solution, and finally complete a fully functional sleep cycle. Moreover, the API of sodium oxybate has been classified as a Schedule I substance with adverse reactions causing seizure; respiratory depression, decreases in the level of consciousness, coma, and death. Synergistic use of sodium oxybate with alcohol has been shown to cause rapid sedation. This significantly hampers a patient’s quality of life as it is a widespread cultural norm to use a bit of alchohol before bed time.

Fortunately for patients (Albeit at the cost of JAZZ’s revenues), once Xyrem’s chemical composition patents expire in 2019, competitors would be able to develop a regulatory compliant, branded version of Xyrem with the same API but a different method of delivery. One such competitor being developed is Avadel’s (AVDL) FT218. Like Xyrem, FT218 uses sodium oxybate as its active pharmaceutical ingredient (API), but advertises (based on its Micropump delivery technology) requiring only one dose before bedtime for a satisfying full night sleep. In a recent study, the dose of one 4.5g FT218 administered was found to closely mimic (7.40 ± 5.88 µg/mL vs. 9.24 ± 11.77 µg/mL) that of two 2.25g sodium oxybate formulations in the patients’ bodies post-delivery.

In another study, FT218 was found to possess dose-response proportionality with mean blood concentration of sodium oxybate to be 4.8, 19.7 and 25.5 µg/mL for the 4.5, 7.5 and 9g doses respectively after 8 hours. Although the mean concentration was lower than that of Xyrem’s, this more or less is related to the API having the same half-life in both cases, and hence, two formulations taken per night will result in lesser decay. A higher dosage of FT218 is therefore a possible remedy should this result interfere with its efficacy.

Furthermore, in the FDA label for Xyrem, serious adverse events only began to materialize at the 9g per night threshold. If this is used as a benchmark, FT-218 should not have significant material effects at 4.5g or greater but lesser than 9g doses, if the delivery dosage needs to be increased to be in-line with that of twice per night sodium oxybate.

Hence, the chances of FT218 ultimately being approved are quite favorable. With Xyrem being a blockbuster drug in an under-served market, it is likely any new developments bringing new economic value to patients will serve as a good competitor. In addition, should AVDL’s FT218 demonstrate trial results superior than that of Xyrem, it will be granted a market exclusivity of 7 years as per its Orphan Drug Designation, and invalidate JAZZ’s JZP-258 currently in development. The earliest time when FT218 is estimated to reach the market is Sept 2020, and remains much earlier than the first authorized generic by Himka due to be released in June 2023. By then, there will be at least 3 ANDA approvals and 6 ANDA filings likely to be approved. Therefore, the author estimates over 90% of Xyrem’s revenues will be wiped out in FY2023 due to severe competition.

Between 2020-2023, however, the company’s blockbuster drug will not be performing so well either. Aside from AVDL, Harmony Biosciences LLC has developed Pitolisant oral tablets for the treatment of excessive daytime sleepiness in adult patients with narcolepsy, without its chemical composition being classified as a controlled substance by the U.S. Drug Enforcement Administration. The drug was approved on August 15th, 2019, and JAZZ investors should immediately expect it to begin eroding that of Xyrem’s market share.

As shown above, Wakix is able to match the efficacy of Xyrem while having a much better safety profile as its API is not classified as a Schedule I substance. Moreover, in its HARMONY clinical trial, the drug was shown to reduce the onset of cataplexy by 62-75% with just one serious adverse event reported out of 105 patients. Hence, from 2020 and beyond, JAZZ shareholders should expect intense competition from both branded and generic equivalents to Xyrem, without the manufacturers infringing on the company’s patents. JAZZ is simply ill-equipped to fight a two-front war in this regard, and should see a materially devastating decline to its Xyrem blockbuster status in the near future. The company’s R&D programs taking market share away from its own drug, however, only adds fire to the flames.

Recent FDA approval of Solriamfetol indicated to improve wakefulness in adult patients with excessive daytime sleepiness associated with narcolepsy or obstructive sleep apnea is not a true catalyst for JAZZ going forward. For starters, its overlap of coverage with Xyrem and JZP-258 will mean the cannibalization of revenues as the company compete with its products. In a 12-week, multi-center, randomized, double-blind, placebo-controlled clinical trial, Solfiramfetol was able to achieve roughly the same LS mean change from its ESS baseline. This was done at a much better risk-reward profile than Xyrem, with the most common adverse events being headache; nausea, anxiety, and decreased appetite. It is important to note, however, prescriptions of Solfriamfetol will likely do nothing to help with the company’s bottom line, as it will be directly competing with Xyrem for the limited market share of narcoleptic patients. Every patient being prescribed Solriamfetol equals revenue lost for Xyrem, resulting in a zero sum game. 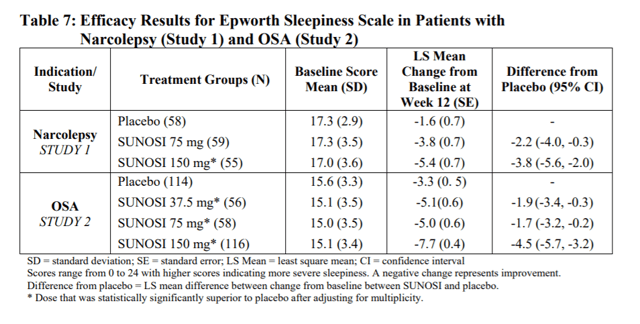 In March, JAZZ announced positive results from a double-blind, placebo-controlled, randomized-withdrawal, multicenter Phase 3 study evaluating the efficacy and safety of JZP-258 for the treatment of cataplexy and excessive daytime sleepiness in adult patients with narcolepsy. While no data have been released, the company claims highly statistically significant differences in the endpoints measured in the study including reductions in both ESS and the number of cataplexy attacks.

Despite being composed of cations resulting in 92% less sodium then Xyrem, JZP-258 largely suffers the same problem as that of Solriamfetol. A better risk-reward profile will mean the drug will be directly taking away the company’s own market share. Moreover, the API of JZP-258 is still sodium oxybate, and 2 serious adverse events with regards to this composition have been identified as treatment related during the clinical trial. Hence, along with Solriamfetol, the drug really cannot compete with the superb safety record of Harmony’s Pitolisant. In addition, should AVDL’s FT218 receive FDA approval, JZP-258 will be prohibited from commercialization for up to 7 years as FT218 has received Orphan Drug Designation. 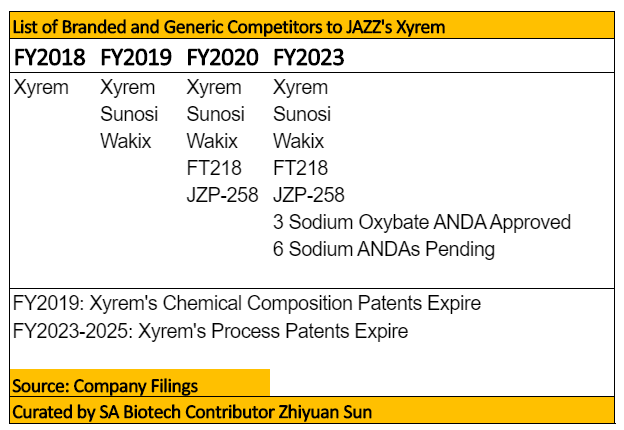 Xyrem’s revenues are estimated to fall between 30-50% by FY2023 due to launch of branded competitors and the company’s own sleep disorder R&D program cannibalizing its revenues. Beyond FY2023, sales of Xyrem are likely to go to zero as nearly 10 generic competitors are waiting for the company’s last method of delivery patents to expire. Since Xyrem accounts for 75% of JAZZ’s overall revenue stream, the company remains inadequately diversified to other R&D programs as to offset Xyrem’s competition. It’s second best- selling product, Erwinaze, accounts for ~10% of sales but will lose its license agreement post Dec 2020 due to defects with its manufacturer. JAZZ’s valuation hence becomes unjustified as it is currently trading at over 8x sales, but is projected to see its core revenues decline by at least -25% over the next 3 years. While Xyrem has a seen stellar growth since its 2002 launch, investors should understand relying on historical performance instead of ignoring looming forward risks is one of the critical faux pas of biotech investing. Once the music stops, there will be little respite for investors who are caught off guard by that of multiple entrants to the U.S. narcolepsy market invalidating Xyrem’s blockbuster status.

Disclosure: I/we have no positions in any stocks mentioned, but may initiate a short position in JAZZ over the next 72 hours. I wrote this article myself, and it expresses my own opinions. I am not receiving compensation for it (other than from Seeking Alpha). I have no business relationship with any company whose stock is mentioned in this article.