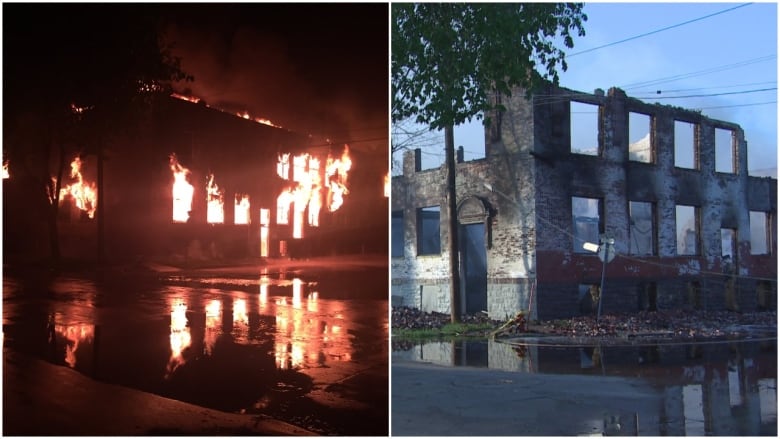 Cranking tunes filled the warm air Friday night at a benefit show on Osborne Street as Winnipeg’s music community rallied to support the musicians who lost their equipment in a massive inferno two weekends prior.

An early morning fire on July 22 consumed a warehouse at 274 Jarvis Ave. that was used as storage and studio space by local musicians and artists.

While gathered in front of a lit-up stage inside the refurbished Park Theatre, music makers and lovers alike reflected on the damage the fire wrought.

Drummer Jillian Clapham awoke to the sounds of sirens and the dings of text messages to her husband’s phone. She said she could smell the smouldering and hear the building crumbling to the ground that night.

“It was pretty shocking. It took a while [for it] to settle in,” said Clapham, whose band, the Sorels, played the Osborne Village fundraiser on Friday.

“My husband was one of the musicians who used the warehouse as his studio space to write and rehearse and record music so, I mean, that’s a pretty huge loss for us,” Clapham said.

Cory Thomas helped run the benefit show, which involved a mix of genres from punk to rock and blues. He said all funds raised would be divided among the affected musicians and the Park Theatre would match the funds collected.

“It’s not much when you compare to all the gear that they lost.”

Thomas said event organizers decided to raise funds for musicians after the Winnipeg Art Gallery launched a fundraising campaign for the artists. 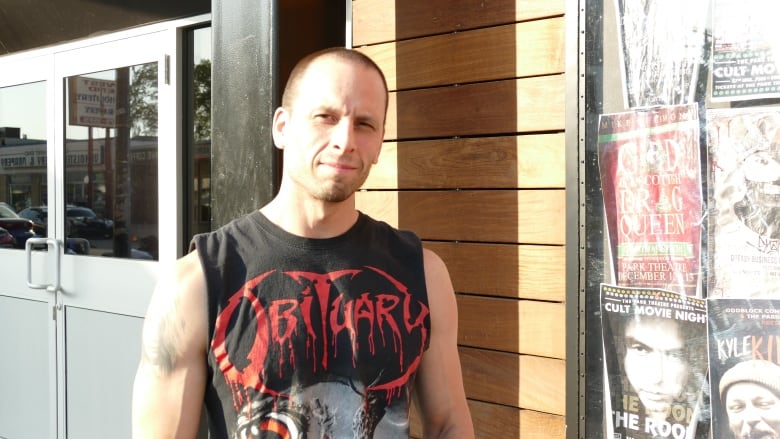 Cory Thomas decided to run a fundraiser for the musicians when he noticed the Winnipeg Art Gallery planning a benefit event for the artists who lost their work in the blaze. (Dana Hatherly/CBC)

“Let’s just do this for the bands,” he said of the decision, which led to an outpouring of support from the local music scene.

“We all support each other,” Thomas said.

As a singer herself, Julie Ferguson can relate to the artists and musicians who may never recover their lost recordings and priceless possessions.

“It’s devastating. It’s awful. So anything that I can do to help those people get any kind of money back or even just the inspiration of being like ‘Yeah, we care about you,’ that’s exactly why I’m here,” she said.

Ferguson finds it inspiring to live in a city that comes together in trying times. 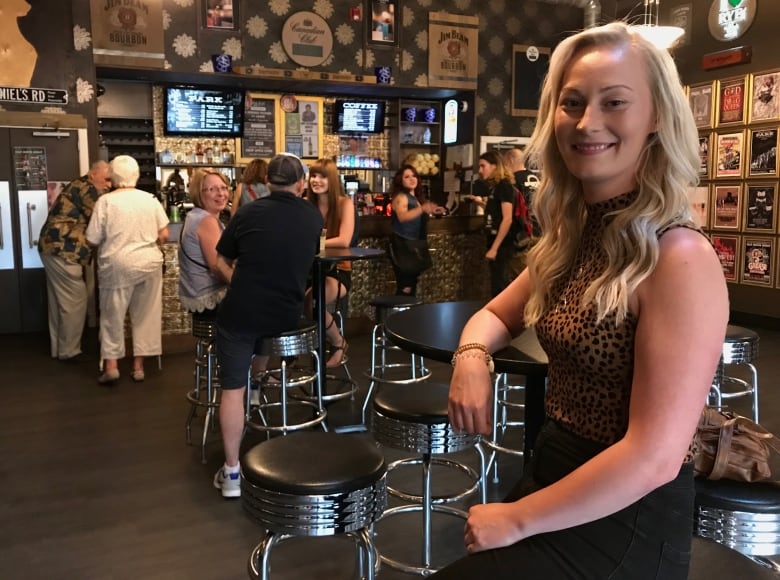 Being an artist herself, Julie Ferguson said she understands how the musicians and artists feel about losing irreplaceable music scripts, equipment and artwork. (Dana Hatherly/CBC)

“You don’t even know half the people that are supporting you, but everybody wants to do something to help,” she said.

“Everybody pitches in a little bit.”

Local musicians will be playing other benefit shows in the city this week. There will be concerts at The Pyramid Cabaret and the Royal Albert on Saturday.

A wall collapses in front of a firefiighter battling the blaze at 274 Jarvis on Monday. 0:40