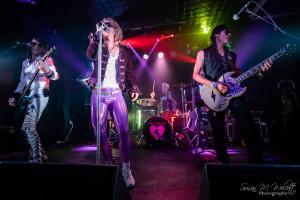 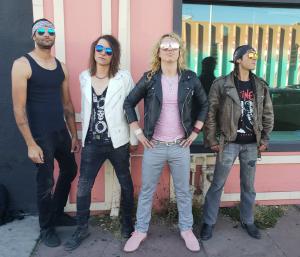 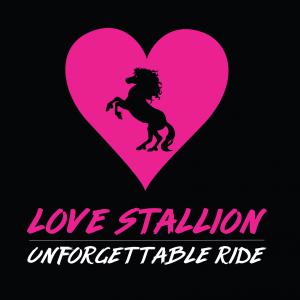 I was in absolute euphoria, flying down the country road, windows down, listening to ‘Big Rock Radio,’ and watching a mountain sunset!”

“Big Rock Radio” is a smooth listen, with a catchy guitar line and a straight-ahead rock groove” – Glitter2Gutter

Now, Love Stallion is happy to announce the world premiere of their new video, “Big Rock Radio.” The video was produced and directed by award-winning filmmaker, John Hunt, via his Colorado-based video production company, Arcadian Pictures. “Big Rock Radio” was shot in Globe Hall and at various locations in Denver, CO, and along the highways of Moffat, Colorado. A special “Behind The Scenes Music Video Party” will be held on Saturday, December 15th at Club 1203 in Denver.

Lead singer, Aaron Hart recalls the video shoot: “My favorite part of the video was driving John’s red 1987 Nissan 300 ZX. To give it a California vibe, we filmed out in the desert by the dunes in Moffat, Colorado, which is absolutely gorgeous. We were chasing daylight, so I had about 15 minutes to re-learn how to drive stick shift before we started shooting. I was in absolute euphoria, flying down the country road, windows down, listening to ‘Big Rock Radio,’ and watching a mountain sunset!”