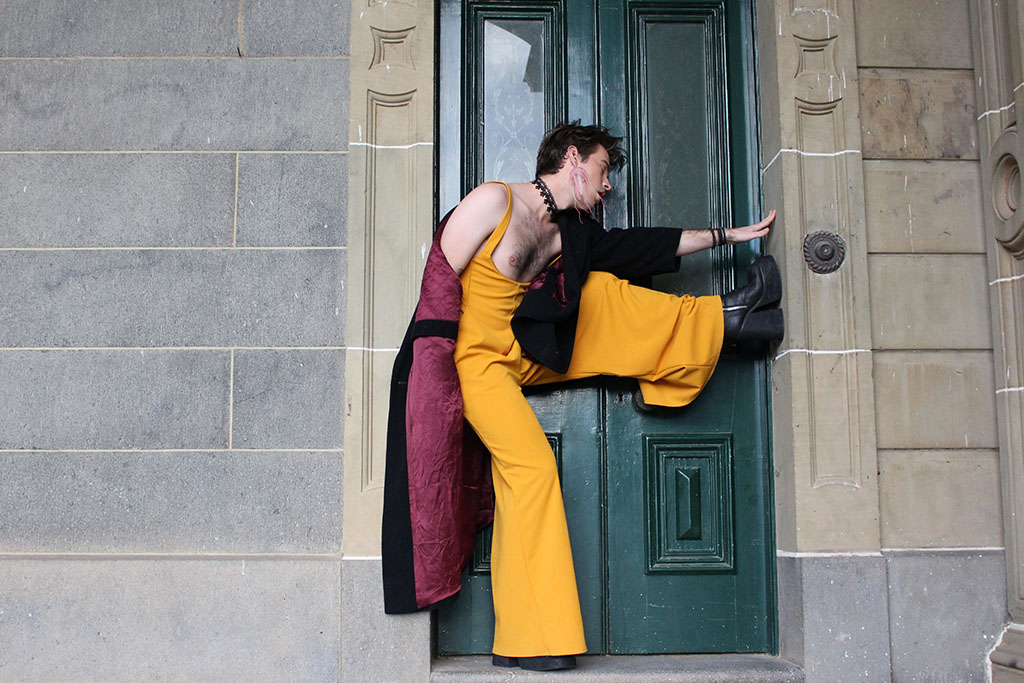 Warren Hastings, who goes by his stage name wren, conveys his identity as honestly as possible through his music. (Photo courtesy of Samantha Wainwright)

To everyone he meets on the street, he is Warren Hastings, a senior from southeastern Virginia majoring in music industry. But, as soon as he steps onto the stage or into the studio, he is “wren.”

Wren is different from Warren Hastings — it’s him doing the thing he loves. Wren is a musician performing shows at USC and in the L.A. area. When he performs, he does so as a drag queen or a musician.

As a queer artist, wren’s identity plays a major role in the music he makes. And that often means being open and honest about his life. His latest single, “Boys Know Boys Best,” was inspired by sexual encounters he has had during the past few years. However, he also hopes that his music is not labeled as solely for queer people, since not all of his songs focus on his queer identity.

“I think a struggle is feeling like people won’t think you can make music that they’ll like because they’re not queer,” wren said. “I want to make stuff that isn’t just about being gay.” 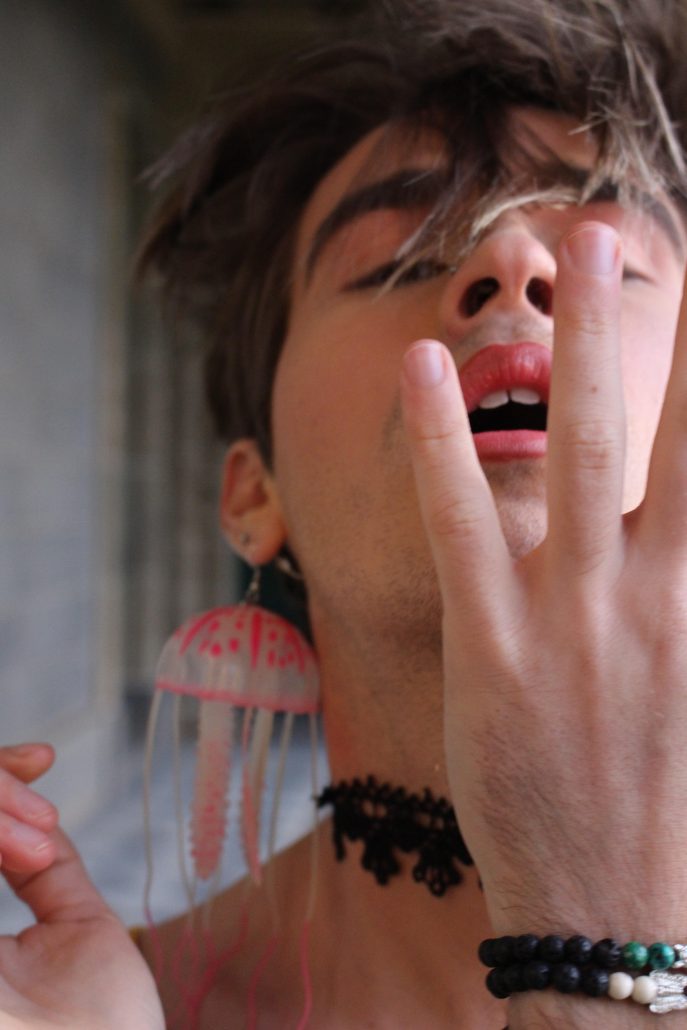 Wren’s ultimate musical goal is simple: to make those who listen to it feel good and ready to dance.

“I want people to feel like they can be themselves,” wren said. “And it’s not like you can be yourself by doing this, it’s the mentality of being yourself [that] is hopefully in the lyrics that I’m writing.”

Before coming to college, wren sang in a church choir where he honed his musical skills. However, wren never had the time nor the financial safety net to dedicate himself solely to his craft. The Thornton School of Music provided the first strict discipline he had ever received in music. Receiving the Norman Topping Scholarship, which recognizes low-income first-generation college students at USC, has provided him with a financial safety net, permitting him to explore music-making further.

“What [USC] has done for me has given me the financial freedom to stop worrying about how I’m gonna pay for all of the bills or being stressed about that all the time,” wren said. “When you go from having to survive your whole life to like, now you get to live, it’s such a different experience day-to-day in my opinion.”

Although he received formal music instruction, wren understood what he was lacking in as a budding artist in the music industry: He could sing, but he wasn’t a producer. So, he became one himself.

“I became a producer because I was sick of wanting to work on music and not being able to without needing someone else,” wren said. “So I was like, I just have to buckle down, be willing to suck for a little bit, if this is really what I’m supposed to do I’ll get better at it.”

Sloan Pecchia, a senior majoring in music industry, has watched wren’s entire growth as an artist. She witnessed the transformation of his style of music from ballad-like, singer/songwriter tunes to more fully produced songs. She witnessed the transformation of his aesthetic. She watched as his name changed from Linnel to wren. What Pecchia admires the most about wren is his tenacity.

“He’s always going,” Pecchia said. “And it’s really inspiring because as a musician myself, it’s really hard sometimes and you can get really bogged down, like, ‘Nothing’s happening, nothing’s working, why am I even doing this?’ But he’s always just like going for it all the time.”

Drag has also impacted the way wren views the world and his gender identity. He began watching RuPaul’s Drag Race, a reality show that follows RuPaul’s search for America’s next drag queen hit, during his sophomore year.

No matter where wren’s professional career takes him, he knows that creating music will be a constant in his life because he loves it. In addition to releasing new music soon, wren will perform in USC’s Drag Show in November, a free event hosted by the Queer & Ally Student Assembly.