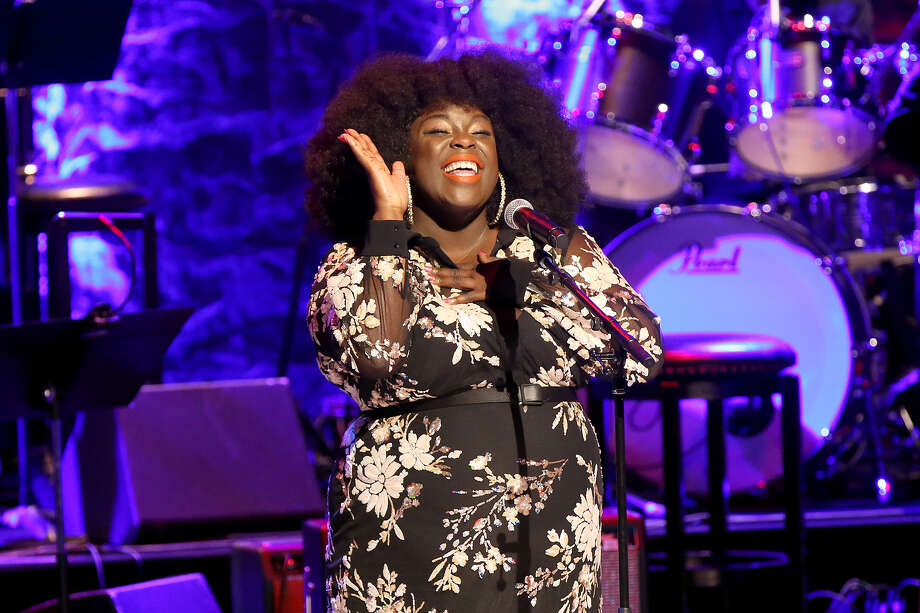 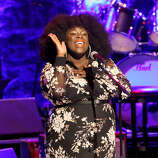 On Sunday, Brooks & Dunn, Ray Stevens and record executive Jerry Bradley were welcomed as the newest members of the Country Music Hall of Fame and Museum at the 2019 Medallion Ceremony, held in the museum’s CMA Theater. Reba McEntire was on hand to induct her Las Vegas co-headliners Brooks & Dunn with the Hall’s Modern Era honor. Ricky Skaggs and the McCrary Sisters sang in honor of musician/country comedian Stevens, who received the Hall’s Veteran Era honor. And Bradley, the record executive who signed Alabama and paved the way for Dolly Parton’s pop crossover stardom, was also honored with performances from Travis Tritt, Marty Stuart, Old Crow Medicine Show, and British roots-music phenom Yola. 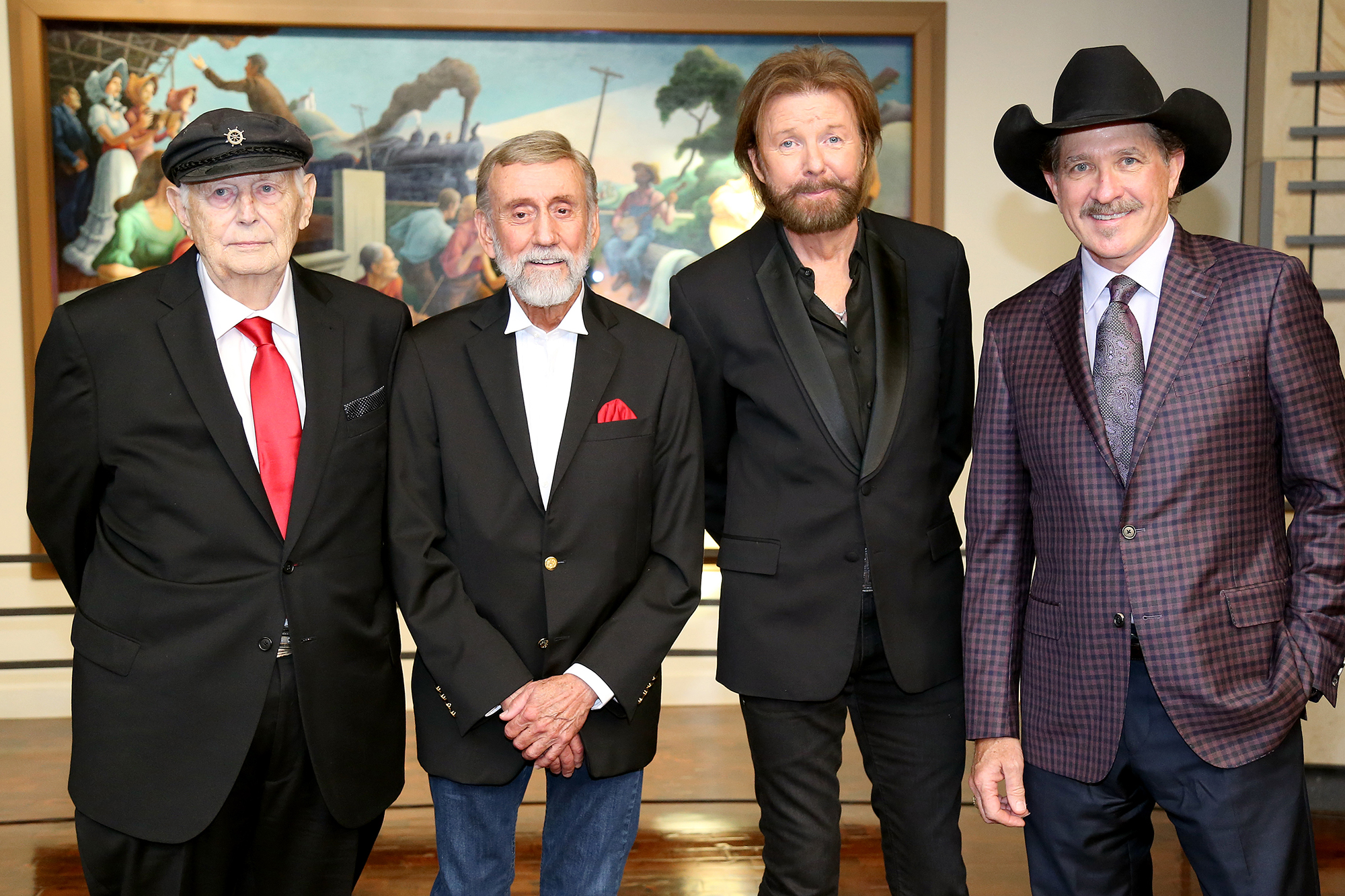 Though no women were inducted in this year’s Hall of Fame class, it was the women who gave the most inspired musical performances of the night and kept the show humming along when the tributes got too long-winded. Here’s a look at the seven best moments from this year’s ceremony.

Yola Brings R&B Fire to Dolly Parton’s “Jolene”
British-born roots/Americana star Yola sounded as if she’d grown up just down the road from Dolly Parton in East Tennessee as she sang Parton’s 1974 hit “Jolene.” Yola’s voice may have broken out into a desperate, raspy howl toward the end of the performance, but the influence of Parton’s mountain soul — she grew up crooning Parton songs into a hairbrush as a kid in Bristol, England — was undeniable. Those songs might not have reached Yola if Parton’s RCA Records label president, 2019 inductee Jerry Bradley, hadn’t encouraged her to keep growing and build her international audience. 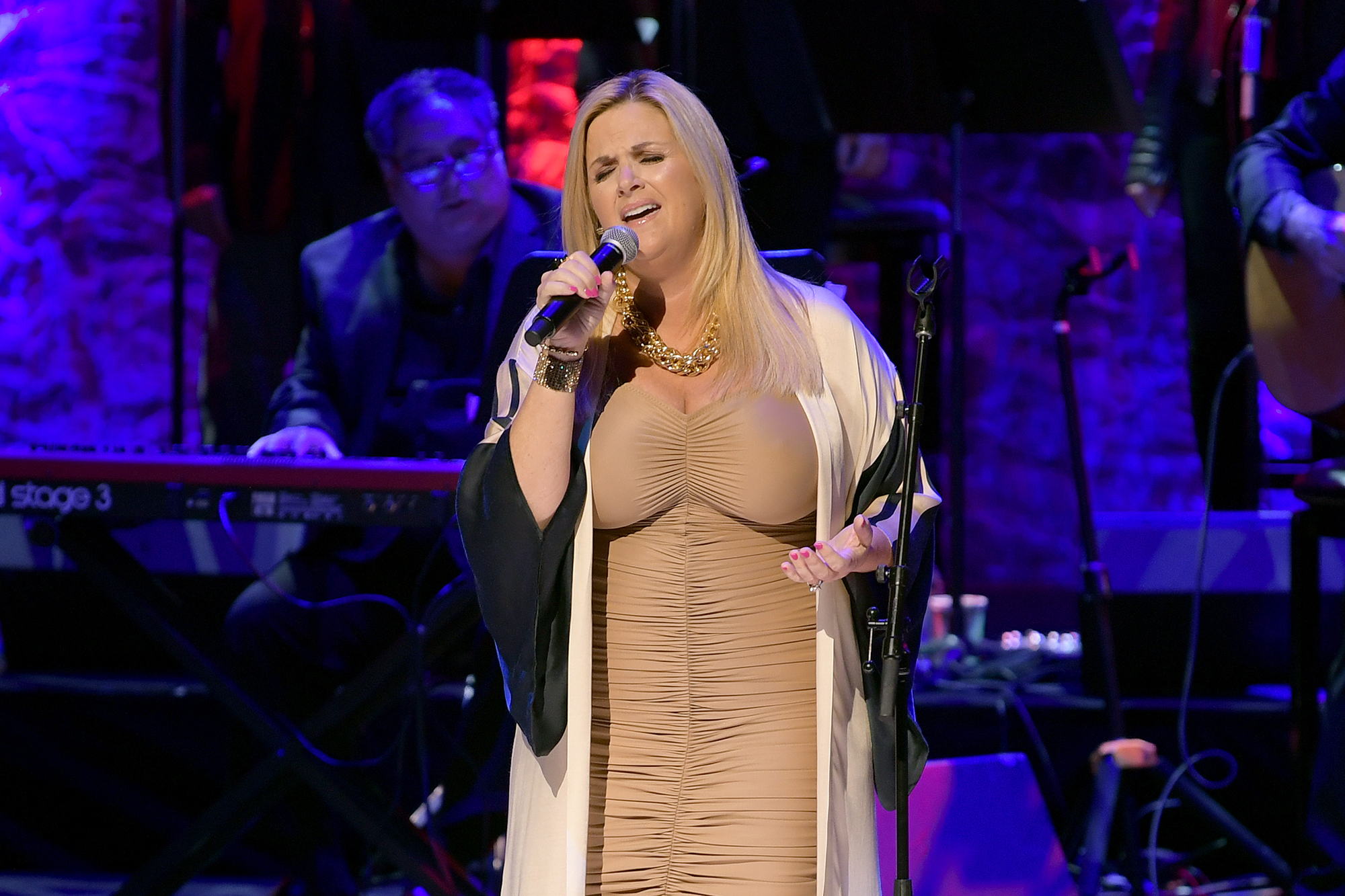 Trisha Yearwood gave a powerful performance of Brooks & Dunn’s “Believe” at the Medallion Ceremony. (Jason Kempin and Terry Wyatt/Getty Images for the Country Music Hall of Fame and Museum)

Trisha Yearwood Ushers in a Revival
Anticipation was high as Trisha Yearwood began singing Brooks & Dunn’s 2005 gospel opus, “Believe.” She earned a round of applause after the first chorus, but this audience knew Yearwood was saving her full vocal power for the big crescendo. She masterfully kept the tension simmering while talk-singing on the verses, bringing up shades of Yearwood’s own down-home hits such as “She’s in Love with the Boy” and “Georgia Rain.” When Yearwood finally cut loose in the last chorus, the audience shot out of their seats. Ricky Skaggs was the first one up, raising his hands in the air like he was in the middle of a tent revival. 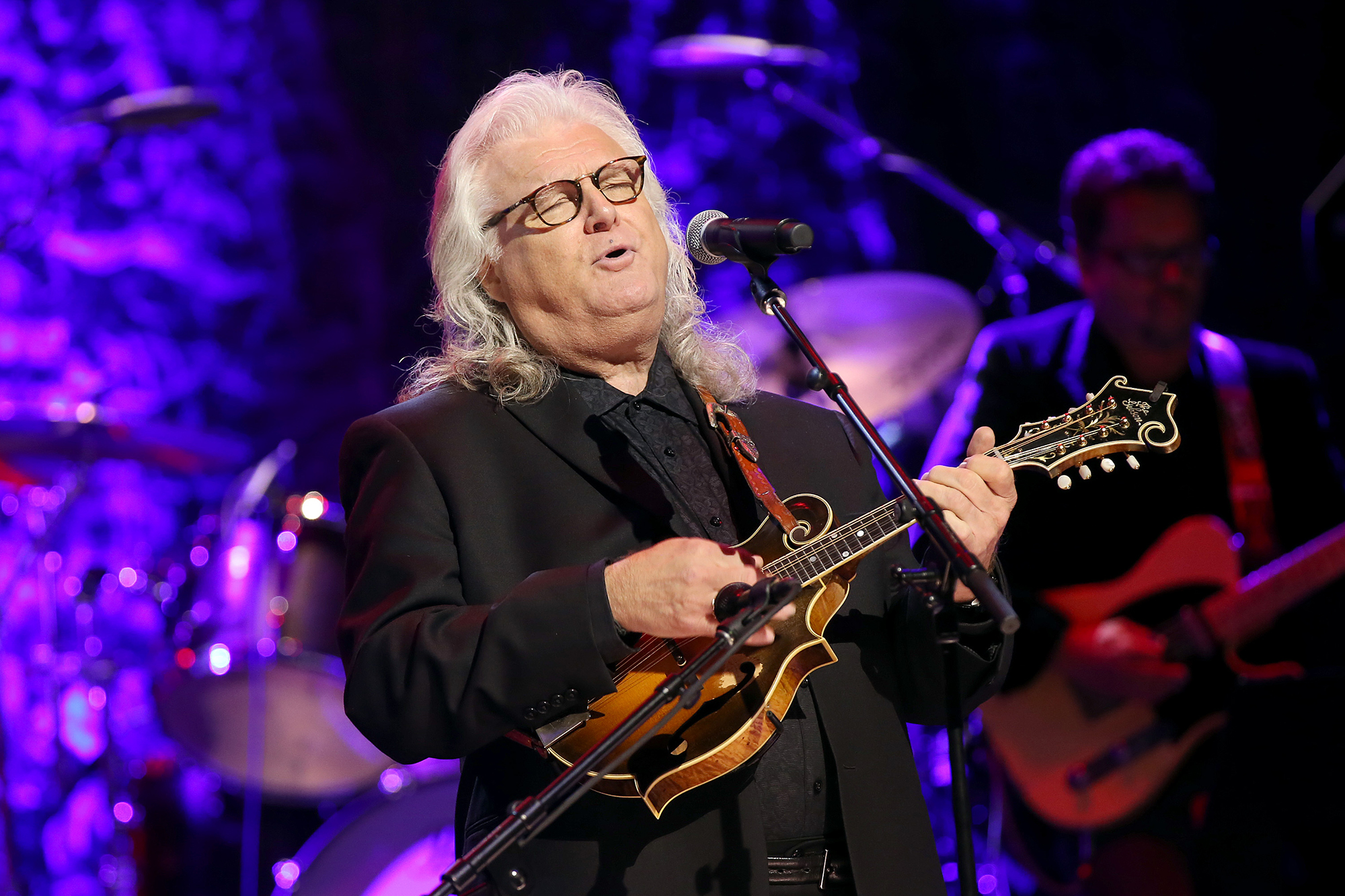 Ricky Skaggs added a swanky lounge vibe to his version of Ray Stevens’ “Misty” at the Medallion Ceremony. (Jason Kempin and Terry Wyatt/Getty Images for the Country Music Hall of Fame and Museum)

Ricky Skaggs Takes Bluegrass to Lounge
2018 Country Music Hall of Fame inductee Ricky Skaggs kicked off the performances with a faithful reading of 2019 inductee Ray Stevens’ “Misty.” Stevens won a Grammy for his uptempo mid-Seventies makeover of the jazz standard first popularized by Johnny Mathis. Armed with his mandolin and backed up by Justin Moses’ masterful banjo picking, Skaggs highlighted the bluegrass elements that made Stevens’ “Misty” such a departure from earlier versions, while also playing up the smooth hotel lounge vibe inherent in the song’s pop-vocal structure.

Luke Bryan Captures the Human Element
Luke Bryan claimed he was shaking with nerves during the soundcheck for his performance of Brooks & Dunn’s “Red Dirt Road.” When it came time for Bryan to step up during the ceremony, he delivered a dynamic vocal performance that showed shades of Ronnie Dunn’s Oklahoma drawl making their way into Bryan’s deep-South twang. Bryan also shared some stories of Brooks & Dunn showing up for him on a human level over the years. He recalled Kix Brooks reaching out with a phone call when Bryan’s sister Kelly died just as Bryan was starting his country career. Later, when Bryan found himself losing his voice after a run of shows, Ronnie Dunn graciously spent some time giving him tips on how to get it back in top shape. 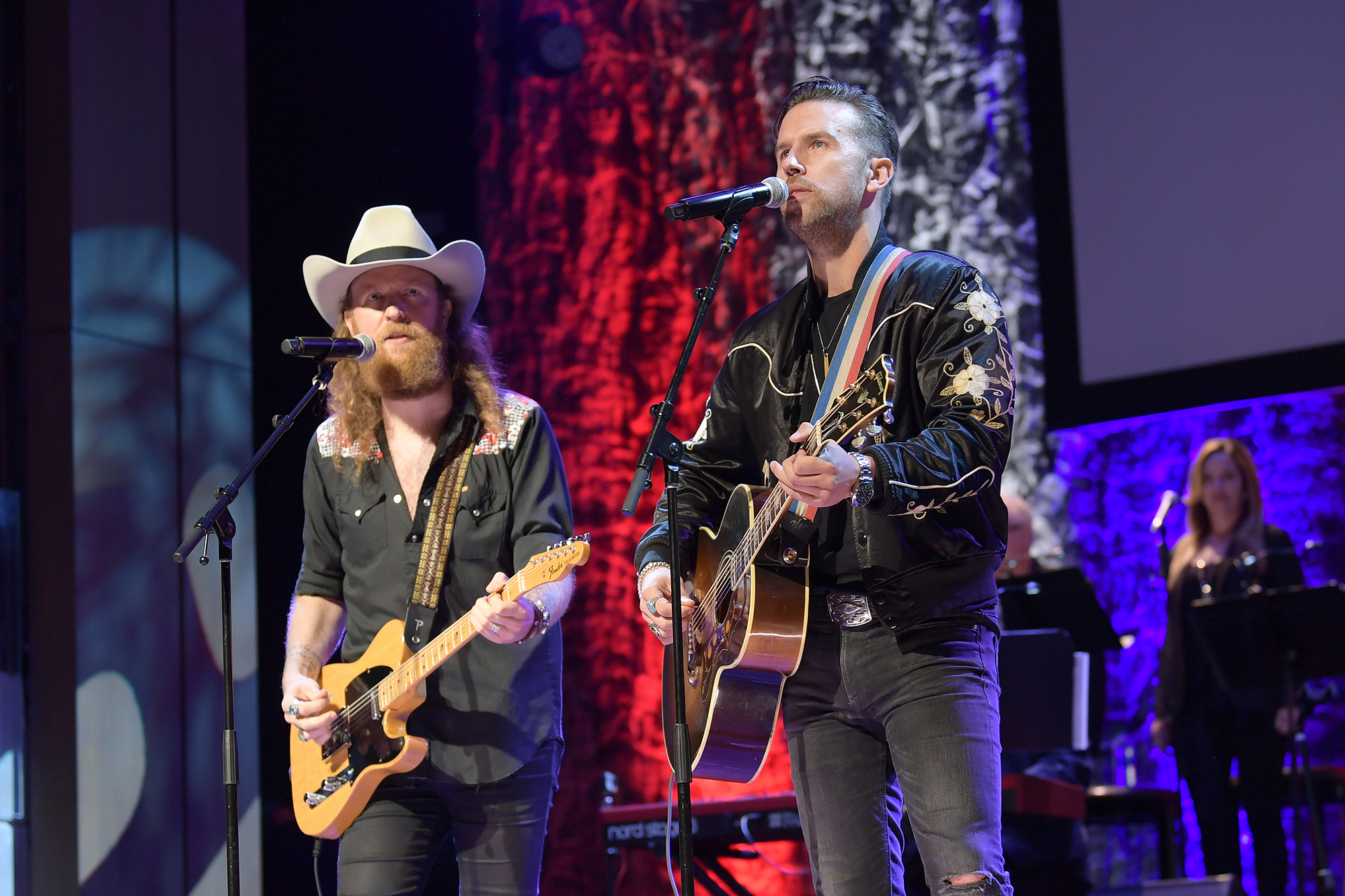 Brothers Osborne Burn It Down
Though it may not be obvious on the surface, Brothers Osborne owe a lot to Brooks & Dunn for introducing more adventurous rock sounds into the country landscape. That debt was evident as the younger duo paid tribute to the new inductees with a blistering performance of “Brand New Man.” TJ Osborne’s commanding voice and John Osborne’s barn-burning guitar solo on the bridge captured the spark that set off Brooks & Dunn’s run of hits in 1991. To put things in proper perspective, Brothers Osborne are the reigning and three-time CMA Vocal Duo of the Year. Brooks & Dunn won that category a record 14 times.

The McCrary Sisters Bring on the Tears
Three of the four members of Nashville-based gospel group the McCrary Sisters sang in the choir on the original version of Ray Stevens’ Grammy-winning “Everything Is Beautiful” back in 1970, so it was poetic to have them honor Stevens at the Medallion Ceremony. Opening with an a cappella chorus of “Jesus Loves the Little Children,” the sisters’ fiery delivery of the inspirational anthem breathed new life into the song’s 40-year-old lyrics calling for open-mindedness and racial tolerance. The performance brought tears to Stevens’ eyes, and Alabama’s Randy Owen led the audience in standing up and clapping along mid-song. 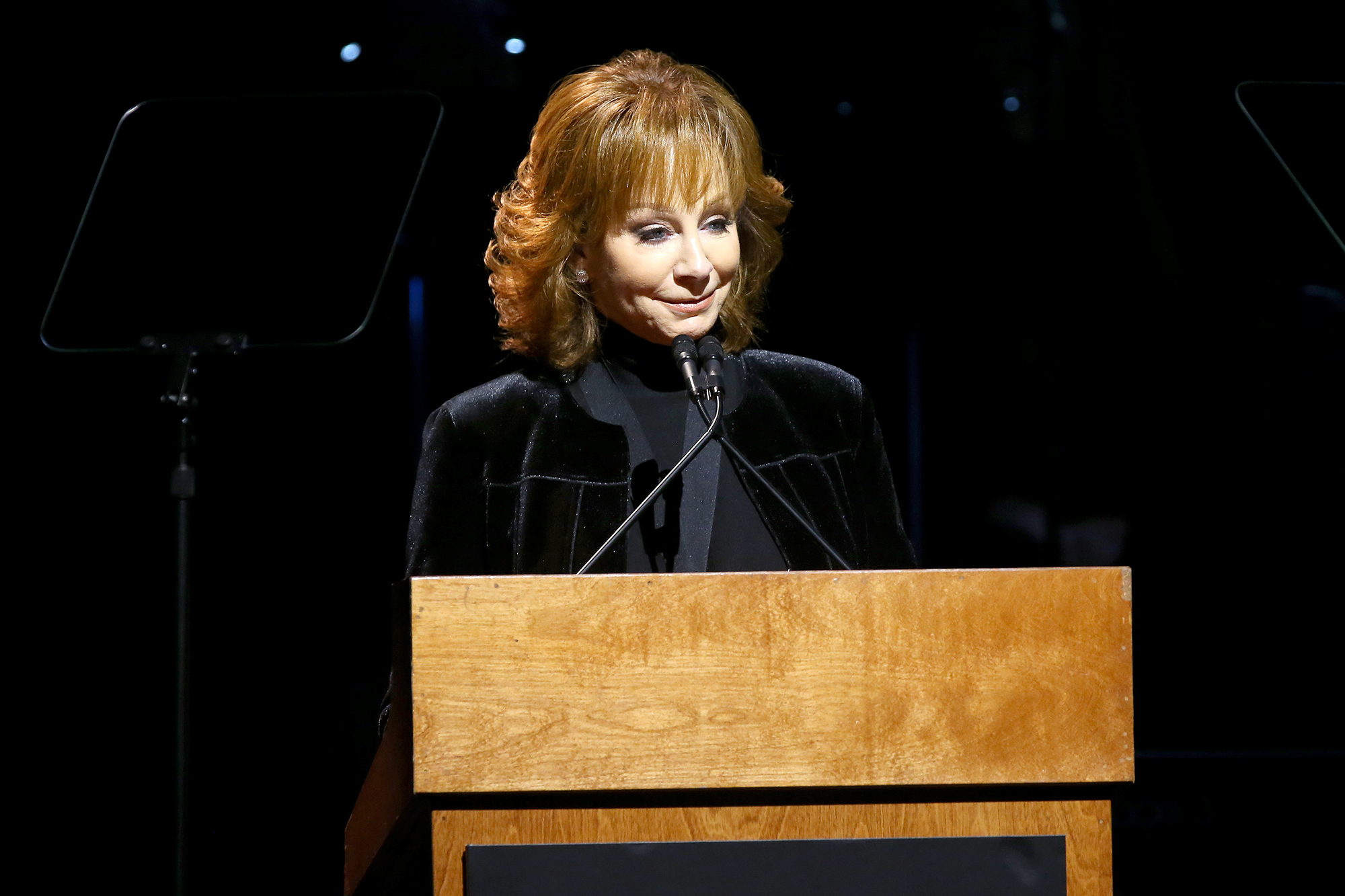 Reba McEntire Keeps the Show on the Road
Country Music Hall of Fame member Reba McEntire was the natural choice to induct her Las Vegas co-headliners Brooks & Dunn, and she took to the task with devilish glee, saying “Paybacks are hell!” With a nod to the unwelcome pranks Brooks & Dunn pulled on her during their joint tours in the 1990s, McEntire zinged the duo saying they felt just like her older brothers. (Kix Brooks is actually younger than McEntire by less than two months.) Brooks joked that he couldn’t believe McEntire actually showed up to induct them, saying, “She hates us!” She later teamed up with the McCrary Sisters to cap off the night with a quick, rousing performance of the Carter Family’s “Will the Circle Be Unbroken.” No one touches Reba McEntire when it comes to keeping events entertaining and running on schedule. That’s why she hosted the ACM Awards solo last spring, and she’ll co-host the CMA Awards with Carrie Underwood and Dolly Parton next month.