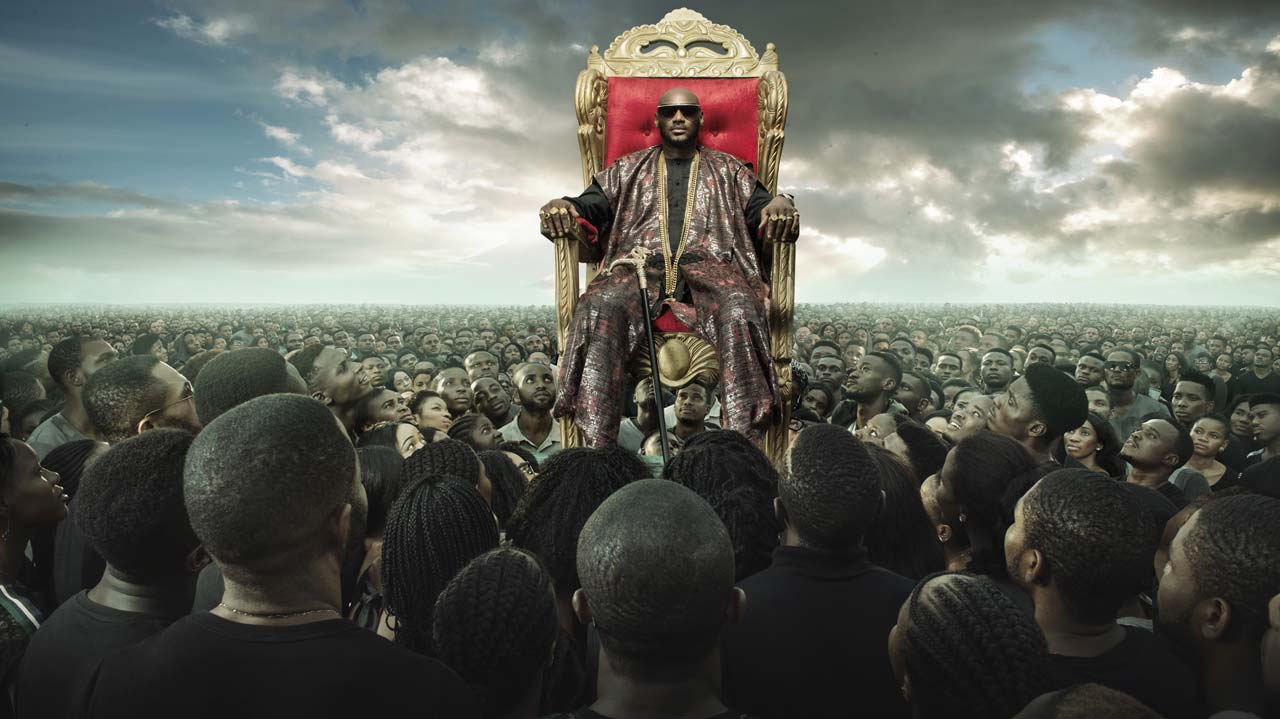 This year makes it exactly 20 years since talented artiste Innocent Idibia, otherwise known as 2Baba, scored his first hit as a member of the now-defunct Plantashun Boiz, with their debut single Knock Me Off’ in 1999. Today, the multiple award winning artiste remains a leading light in the country’s music industry, still dropping hits after hits.

As part of activities to mark his 20 years in the industry, the Benue State native is planning a special gig tagged 20YeasrAKing. The event, which will surely hold in Lagos, will create a platform for him to appreciate those who played role in his success story. For colleagues and fans, it will be an opportunity to celebrate a man, who has contributed to the growth and development of the music sector in particular and the entertainment industry in general.

Ahead of the event, which holds later in the year, 2Baba has announced on Instagram, a call to entry for Next Up, an online talent search for a video director and three vocalists, who will perform as a boy band at his 20YearsAKing concerts. The four winners, according to the African Queen crooner, will each be awarded the sum of N500,000.00, and will have the opportunity of working with 2baba the rest of the anniversary project.

In a video posted on his social media pages, 2Baba expressed his delight at bringing together a trio boy band and a video director to the Nigerian music space. The mogul’s interest in creating a boy band stems from his 20-year celebration in the Nigerian music industry.

Speaking on his search, 2Baba said, “Next Up seeks to identify and groom budding music talents and video directors into stars. I am looking for three badass vocalists and a video director ready to explore the world of music with me.”

To participate, singers are expected to make a video of a short performance of Ole by 2Baba with lead and harmonies whilst using the acapella maker app. Consequently, video directors are to shoot an amateur camera phone music video of any 2Baba/2Face’s old song. Entries are to be submitted on Instagram tagging the handles @hypertekdigital @official2baba @officialhiptv, and using the hashtag #20YearsAKing.

Deadline for submission of entries is September 8, 2019, after which 8 finalists, including 5 vocalists and 3 video directors, will be selected by elite judges Cobhams Asuquo and Unlimited L.A for an online voting process to select the final winners. Other activities, projects, and events for the year include a book, a documentary, an album, merchandise, fete, fundraisers, concerts and parties.

It would be recalled that 2Baba recently held an intimate and exclusive appreciation dinner with key brands, corporate and individual partners whose invaluable support have propelled his musical success for two decades.

While acknowledging that so many people have been part of his journey, the singer said, “there have been so much ups and downs. I’ve said so many things I shouldn’t have said; I’ve made some foolish decisions. But then, I’ve done a lot of great things that I’m grateful to God for. I’m grateful to God and all my fans for still being here; I’m grateful for all my critics and for all those that have supported me all these twenty years. It’s been lonely at the top, but it’s no lonelier, because many young bloods are now taking music even beyond where I took it to and that’s my joy.”

He continued: “But you know as they say, ‘Old soldier never dies’, so, I’m still much relevant and at the top.”2Baba, has unveiled plans for a series of activities to celebrate his 20th anniversary in the industry, revealed what his two decades of musical reign has taught him.

“Twenty years in the music industry has taught me that whatever you do you must keep your head straight and do your thing. You don’t have to judge yourself by what others are doing. Everyone steers the boat of his/her life, the moment you begin to judge yourself by other people’s actions then you’re heading for a crash.”

As an artiste he has received numerous awards in the music industry, including one MTV Europe Music Award, one World Music Award, five Headies Awards (Hip-hop award), four Channel O Music Video Awards and one BET award for his musical work, four MTV Africa Music Awards, one MOBO award and one KORA award.

It would be recalled that 2Baba commenced his internationa music tour to celebrate 20 years anniverssary on August 28 August, 2019. The tour, which saw him perform in eight arena shows on the ‘20 Years A King Europe’ tour, took him to Berlin, Frankfurt, Essen, Zurich, Torino, Vienna, Goteborg and Malta.

Born in Jos, Plateau State, Prior to July 2014, he went by the stage name 2face Idibia. He is one of the most decorated and successful Afro pop artists in Africa, and is also one of the most bankable performing music artistes in Africa. With over 2 decades of trailblazing and topping the charts in his industry, 2Baba remains a formidable force, and one of the most influential in the Nigerian Entertainment space. He is also a known philanthropist and humanitarian.