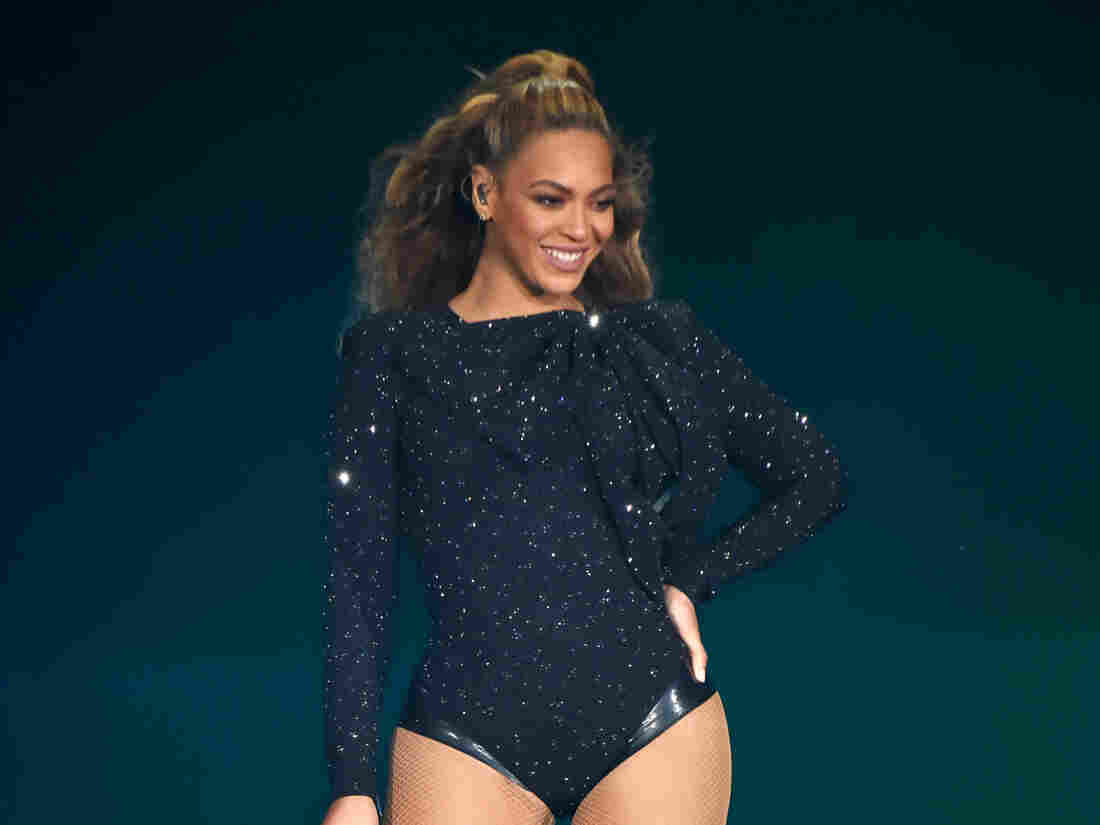 When we look back at the past decade in music, we see a number of recurring trends emerge. Social media blew up, lines blurred between genres, the way music was released became completely unpredictable and artists took more control of every aspect of their business and identity, all while fans, bands and critics questioned whether full albums even matter anymore. And while countless musicians were part of this collective narrative, few dominated or helped guide these new directions and conversations as powerfully as Beyoncé.

Over the next several weeks on All Songs Considered, we’re going to dig deeper into a number of these decade-defining themes. But we start with five of the (many) ways the singer, songwriter, producer and businesswoman Beyoncé elevated her own career while helping to drive and define the 2010s.

Our conversation begins with a moment that unfolded in the early morning hours of Dec. 13, 2013, when Beyoncé suddenly, without warning, dropped her self-titled album online, in the iTunes store.

You can hear the full conversation with the play button at the top of the page and read edited highlights below.

Beyoncé and the Surprise Drop

Robin Hilton: “The surprise drop, it’s fairly common now especially with hip-hop releases. But no one really quite saw the potential until she dropped Beyoncé. I think of a band like Radiohead that played around with it a little bit, but they gave at least a few days notice when their last few records were going to come out. And how on earth [Beyoncé] kept this whole thing a secret is another big mystery.”

Sidney Madden: “She really put her faith in her fan base and she knew that her beehive would effectively blow up the Internet with this. And we did. She toured for a year prior to [this release]. And she toured with no album out. So there were a little bit of murmurings within the Internet, but there was nothing confirmed. So when this bomb just exploded of new content, new music, people were losing it.”

RH: “A lot of artists became more independent in the 2010s for lots of different reasons; a lot of barriers fell down. But few did it as completely and effectively as Beyonce did.”

Ann Powers: “It’s so important to note that the story of Beyoncé in this decade — it is a cultural story, an artistic story — but it’s also a business story. It’s a story of [her] company, Parkwood Entertainment, that evolved from a kind of conventional video and film production company at the end of the last decade into this hub that connected every aspect of Beyonce’s career. That includes her charitable work, her fashion line, eventually even her involvement in a diet or nutritional program, and her personal life.”

Rodney Carmichael: “I think another thing that’s interesting about Parkwood is it really reflects how much of a curator Beyoncé is. She’s able to build out this creative team of video directors, artistic directors that are able to help her manifest these mission statements that she has. I think that the really interesting thing is that you get to see how much of a collage artist and curator she is in terms of her reach and and how how far and wide she goes to pool a lot of really disparate influences together into one seamless package.”

RH: “Another big reason [Beyoncé] was able to control her image and really blow things up with the surprise drop is because of how effectively she used social media. It’s something that lots of artists have found ways to use, but I don’t think anyone has been able to capitalize on it in this past decade in quite the kind of jaw-dropping ways she did.”

AP: “I think Beyoncé really became a role model for a new generation growing up with social media. Her ability to share these moments that not only feel intimate but feel casual — playful moments with her children, for example, in a way that still never violates the ‘golden circle’ of her privacy. Isn’t this what we would all want from social media if we could possibly make it happen?”

RH: “In a lot of ways this is something she’s done her whole career. But Lemonade really doubled down on the genre blending, starting with a country song called ‘Daddy Lessons.’ It is so country and and it’s good. It’s not like a shtick.”

SM: “What I love best about her genre jumping [and] genre blending on [Lemonade] is, she’s really reminding you she can do anything. She’s reminding you, ‘I’m a girl from Houston. I have not lost my Houston roots. I grew up around black cowboys and this is what I know.’ But before [‘Daddy Lessons], we hear a crazy rock song featuring Jack White.”

RH: “I had a slightly different take, [that] it wasn’t just her showing you that she can do anything. I took it as a welcoming gesture, like she was setting out this table for and welcoming everybody to it. All these different sounds and ideas. It felt very unifying.”

AP: “You could mark the beginning of the Beyoncé decade [in 2009] when she and Jay-Z attended a Grizzly Bear concert in Williamsburg. And she said she wanted to collaborate with Kevin Barnes [with the band] Of Montreal. But an important aspect of the movement of massive pop, hip-hop and R&B stars toward indie music is indie music’s movement toward them. So you have Dirty Projectors — a lot of what they did was inspired by R&B groups like Destiny’s Child. You know, Kevin Barnes is making kind of this warped R&B music with Of Montreal. So everybody had to walk toward each other to lead us to this moment where post-genre becomes a thing.”

Beyoncé and the Relevancy of Albums

RH: “If you wonder whether or not they still matter, listen to Lemonade because it is such a complete work of art. Every single track is essential and they all fit together and they are dependent on one another.”

RC: “The fact that the Lemonade album inspired the level of discourse around it that required the creation of syllabi in honor of the album, which were really serious, by academics who research and breakdown pop culture; and her references were so deep in this album, you know there was just so much material that you could use to contextualize this music and [the accompanying] film project. When I think of her social media power, I don’t even think of her tumblr or her Instagram page. I think of the way her music got people talking, and in really high minded ways, about pop music.”