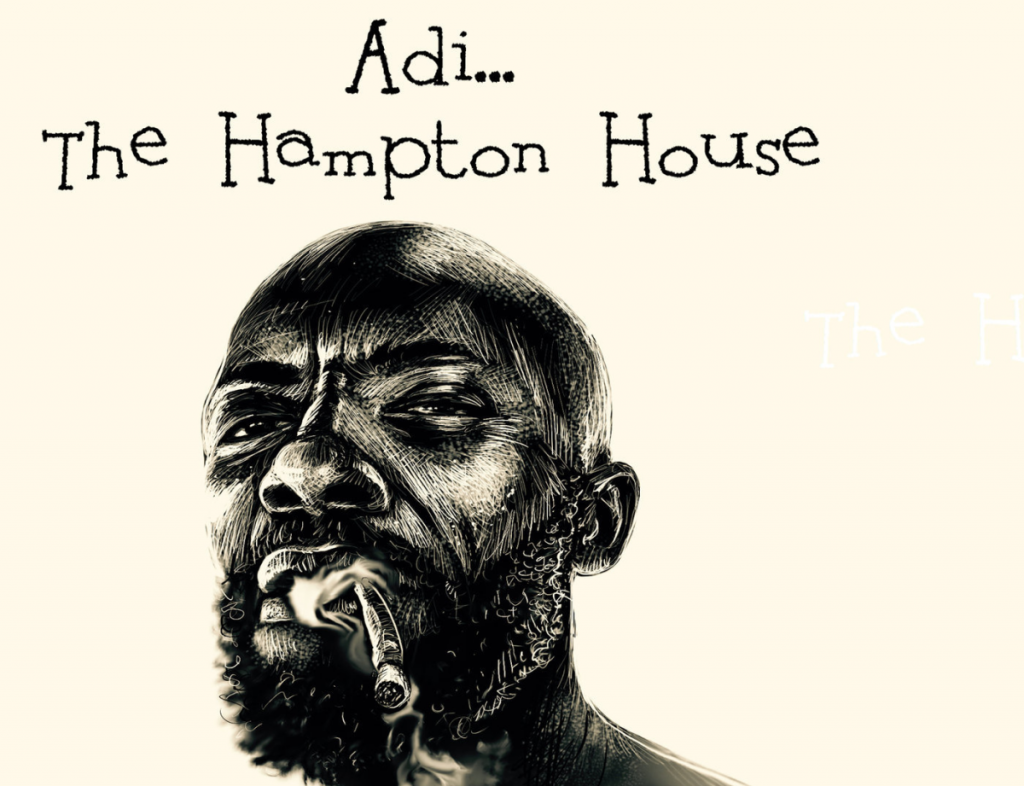 Adi is like a team captain, a historian, and a motivator. He inspires you and walks you through your life as a narrator and musical story teller. He will take you to church, the bedroom, to a wedding and the reception, to a funeral, to the back yard barbecue, the after-party, and to the trap with his unique and timeless voice.

He has been compared to great singers like Anthony Hamilton, Raheem Devaughn and PJ Morton, but he is unmatched on vocal style, energy and production.

Adi has never stopped writing, singing, or performing. “I’ve known that I would be a performer since I was about nine” he states . He has released five independent projects within the last seven years.  “I started to take it really serious around the age twenty three or twenty four”.

Adi has an extensive catalogue of songs. He writes all of his music, mixes and engineers it.  “They [the songs] have all been influenced by my life” Cigarettes and Soul Food (released in 2015 ) was the smell of my grandmothers kitchen, it was a good mix of smoke and good ole soul”.

His current project entitled “Adi…The Hampton House” is no different. It is a reminder of his early life, his current life, his other life influences that include Muhamad Ali as a leader & champion for his people (the Hampton House – a black hotel in Hampton VA- was where he lodged after his win over Sonny Liston), his childhood home at 19th Pl. & Hampton where his mother kept the doors open for anyone in need, and his arts collective movement & music crews including DMC ( Dope Music Crew)/No Regrets Music Group that continue to create liberation, empowerment, and love through music.

The current project features eleven songs and seems to be a social/political album about radical love and everyday life with influences from R&B, new-school/old school hip- hop, rock, pop and soul to name a few genres. It is a body of work that encompasses the fullness, the depths and the texture of Adi and his music. It was heavily produced by Shonn Hinton (Mary J. Blige, Jill Scott, Jay-Z to name a few).

This body of work is a reminder that Adi is a part of a continuum of magically talented African-American  singers like Donnie Hathaway and Marvin Gaye (thus the hat, his sensuality, and all the lyrics), that he still believes in quality and diversity in music with many features on the project including hip-hop and rap influenced  “Downtown Freddie Brown” featuring Damien Ellzey (Black Elephant), R&B influenced “Just Be” with P.O.P. Life and the soul harmonies of “Precious Little Flower Girl”.

The Hampton House rides you through your feelings and emotions like a Sunday drive with “Fire it Up” featuring the Birches which is definitely a pop hit. Inspiring culture with recognition on Kings & Queens, Speaking to the times that we live in with “Never Too Late” and sharing a collection of high energy and change with “One Day We’ll All Be Fine”.

“Love Is Where You Are” is a beautiful love ballad of hope and passion. “No Hero” adds the glue to this oral history jukebox that intertwines the past, self exploration and a world view. “My Music is in the middle of everything, every word” Adi states, and his words positively produce various grooves, sounds, and new opportunities in music. “I would love to work with D’Angelo, JoJo, or Yebba”  he says, “I’m weird with that, I don’t like a typical voice, I like different”. Adi’s voice shines a light that is filled with the same different, the same honesty, truth and influence as his life and most assuredly the variations and meaning of The Hampton House today and forever.