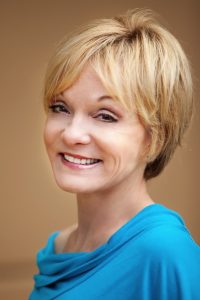 AT LA MIRADA THEATRE FOR THE PERFORMING ARTS!

Fasten your seat belt, it’s going to be a grumpy ride! TV legend & Tony winner Hal Linden, the beloved Cathy Rigby and Broadway’s Ken Page star in this new musical-comedy based on the classic 1993 film. Two aging neighbors, Max and John, have been feuding for more than 50 years until the beautiful and charming Ariel moves in across the street – raising the rivalry to new heights.  Don’t miss this laugh-out-loud story of family, friendship, love and romance in a fresh new musical that’s guaranteed to delight!

ABOUT THE CREATIVE TEAM AND CAST

MICHELE LYNCH (Choreographer) recently choreographed Grumpy Old Men at Ogunquit Playhouse and is happy to be back at La Mirada Theatre where her choreography was last seen in Happy Days – A New Musical. Broadway credits include Everyday Rapture as well as the Tom Stoppard play, The Coast of Utopia. She was the associate/assistant choreographer on the original Broadway companies of Hairspray, The Full Monty and Urinetown. National and International Tours include Dirty Dancing, Happy Days – A New Musical and Little House on the Prairie. Off-Broadway, she choreographed Little Miss Sunshine, Everyday Rapture and We the People. Her film credits include Camp, Joyful Noise and Last Five Years. She has numerous regional and new musical credits and was also the choreographer for Dolly Parton’s Better Day World Tour.

BENET BRAUN (Musical Direction) recently completed his M.F.A. in Music Direction at UC Irvine in June. He is especially thankful to be working alongside his wife, Ashley Moniz, who is playing “Melanie” in this production. This past summer, Benet was the MD for A Gentleman’s Guide to Love and Murder at Tuacahn Center for the Performing Arts. National Tours: Waitress (2018 Keys 2 sub), Cabaret (2016 Associate MD). Regional Productions: Sacramento Music Circus rehearsal pianist (2017, 2018), Guys and Dolls with Music Theater West (2018), Smokey Joe’s Café with Capital Repertory, Albany (2014).

NEIL BERG (Music) is the composer/co-lyricist of the award-winning new rock musical THE 12, written with Pulitzer Prize/Tony-winning playwright, Robert Schenkkan, which premiered at the Denver Center. His other shows include the new Broadway-bound musical Grumpy Old Men, which opened to rave reviews for its U.S. Premiere at The Ogunquit Playhouse in Maine, the hit Off-Broadway musical The Prince and the Pauper, Tim and Scrooge (which ran at the Westchester Broadway Theatre in NY), and The Man Who Would Be King. Neil is the creator/co-producer of the #1 Broadway touring concert in America, Neil Berg’s 100 Years of Broadway, as well as Neil Berg’s 50 Years of Rock & Roll and Neil Berg’s Pianomen. He is the co-producer of the Off-Broadway Alliance Award-Winning revival of Closer Than Ever.

NICK MEGLIN (Lyrics) was best known as the editor of MAD Magazine, a position he held for most of his career. His critically acclaimed musical Tim & Scrooge (book and lyrics) won Broadway World’s Best New Musical Award in 2016. Nick authored 15 books including “MAD About the 50s,” “MAD About the 60s,” “Rotten Rhymes and Other Crimes,” “MAD Stew,” “Superfan,” and “Superfan Again!,” as well as articles in over 300 national publications. He was particularly proud of his book, “Drawing from Within,” written with his daughter Diane, as well as an episode of “The Pink Panther” written with his son, Chris. An earlier publication, “The Art of Humorous Illustration,” is considered the definitive work on the subject. Comedy albums include Everything You Wanted to Know About the Godfather—But Don’t Ask!

DAN REMMES (Book) has written plays that have enjoyed hundreds of performances across North America and the United Kingdom. Produced titles: Night Out, What Doesn’t Kill Us, Bedlam, Three Tables, Things We Leave Behind, Leaving London, Delays, Friends,Lovers & Fiancés and Close to Home. His work has won multiple writing awards, including the New York Foundation for the Arts Fellowship for Playwriting and Screenwriting and the Samuel French Festival.  He’s written and directed two short films (George and Indiana Dad and the Quest for The Lost Tap Shoe) and has three feature films under development in collaboration with Finding Neverland producer Nellie Bellflower.

HAL LINDEN (Grandpa Gustafson) is an American actor, singer and musician whose career has spanned more than 65 years with memorable roles on stage, television, in film and a cabaret-style variety show that he tours nationally. Linden is perhaps best known for his portrayal of police precinct captain “Barney Miller” in the hit television series that aired on ABC from 1975-1982, earning multiple Golden Globe and Emmy nominations for his work. Linden made his Broadway debut in 1957 in the musical Bells Are Ringing opposite Judy Holliday and subsequently toured with the national company. He later starred in  1962 Off-Broadway revival of Cole Porter’s 1930s hit Anything Goes. To date, he has performed in more than 20 Broadway and Off-Broadway productions. His numerous stage credits include On a Clear Day You Can See Forever, Subways Are for Sleeping, The Apple Tree, The Pajama Game, The Sisters Rosensweig, A Christmas Carol, Picasso at The Lapin Agile, The 27th Man, The Scottsboro Boys, Tuesdays With Morrie, On Golden Pond, I’m Not Rappaport, Something More, The Education of Hyman Kaplan, Three Men on a Horse, Chicago, Cabaret, The Gathering and The Rothschilds, for which he won the 1971 Tony Award for Best Actor in a Musical. His outstanding stagecraft led to roles on both the big and small screen. His feature film credits include: “Bells Are Ringing” (1960), “When You Comin’ Back, Red Ryder?” (1979), “Starflight One” (1983), “Out To Sea” (1997) with Walter Matthau and Jack Lemmon, “A New Life” (1988) with Alan Alda, and “Time Changer” in 2002. After “Barney Miller,” Linden starred in several more series for network television: “Blacke’s Magic” (1986), “Jack’s Place” (1992-93) in which he played a retired jazz musician, and “The Boys Are Back” (1994).  He’s had numerous guest appearances on some of television’s most popular shows including: “Royal Pains,” “Supernatural,” “Two Broke Girls,” “Hot In Cleveland,” “Gilmore Girls,” “Will and Grace,” “The Drew Carey Show,” “The Nanny,” “The King of Queens,” “Touched By An Angel,” “Law & Order: Criminal Intent” and “Law & Order: SVU.”  In 2011, he released his first CD, titled “It’s Never Too Late.”

CATHY RIGBY (Punky Barrels) led the United States Gymnastic team in the 1968 and 1972 Olympics, then retired from gymnastics and joined ABC Sports for 18 years, providing expert commentary on the sport of gymnastics. In 1998, Cathy was inducted into the International Gymnastics Hall.  After seven years of intense voice and theatrical training, Cathy embarked on a career in performing arts.  National and regional credits include: Annie Get Your Gun, Meet Me in St. Louis, South Pacific, Paint Your Wagon, The Unsinkable Molly Brown, Sylvia, and Steel Magnolias. On Broadway, she starred in the title role of Peter Pan in 1991 and 1998 and in Seussical the Musical as “Cat in The Hat” in 2002. While Peter Pan has been her signature role, Cathy has been honored with the National Broadway Theatre Award “Ovation” Lifetime Achievement Award (West Coast version of a “Tony”) and the 2004 Distinguished Lifetime Service Award from The League of American Theatres and Producers, Inc.  In 1991, Cathy was nominated for the Tony Award for Best Leading Actress in a Musical when she starred in the 35th Anniversary production of Peter Pan on Broadway.  The show also earned more Tony and Emmy nominations after touring nationally.  In 2001, A&E filmed Peter Pan.  Cathy and her husband, Tom McCoy, are Executive Producers for the McCoy Rigby Entertainment Series at The La Mirada Theatre. They have successfully produced over 25 seasons of musicals, plays, concerts, and special events. Cathy and Tom also own and operate the McCoy Rigby Conservatory of the Arts in Yorba Linda, Calif. with the goal of bringing the joy of acting, dancing and singing to their 600 young students as well as arts education to elementary schools in the Anaheim, La Habra and Yorba Linda school district, as they believe the arts are for everyone.

ABOUT THE SCHEDULE AND PRICING

GRUMPY OLD MEN: THE MUSICAL will preview on Friday, September 20, 2019 (with a press opening on Saturday, September 21 at 8 pm) and runs through Sunday, October 13, 2018, at La Mirada Theatre for the Performing Arts, 14900 La Mirada Blvd in La Mirada.

Tickets range from $20 – $84 (prices subject to change) and can be purchased at La Mirada Theatre’s website, www.lamiradatheatre.comor by calling the La Mirada Theatre Box Office at (562) 944-9801 or (714) 994-6310. Student, Senior and group discounts are available.  $15 Student Tickets are available for the first 15 performances of the production.

LA MIRADA THEATRE FOR THE PERFORMING ARTS is located at 14900 La Mirada Boulevard in La Mirada, near the intersection of Rosecrans Avenue where the 91 and 5 freeways meet.  Parking is free.

The Tony-nominated LA MIRADA THEATRE FOR THE PERFORMING ARTS (BT McNicholl, Producing Artistic Director) has been hailed by the Los Angeles Times as “one of the best Broadway-style houses in Southern California.”  This beautiful state-of-the-art theatre has been presenting quality productions since 1977, co-producing several national tours.  The recipient of Tony, Emmy and Ovation Award nominations, La Mirada Theatre won the 2012-13 L.A. Stage Alliance OVATION AWARD for “Best Season of the Year.”  The theatre is located at 14900 La Mirada Boulevard in La Mirada, California, near the intersection of Rosecrans Avenue. Parking is theatre-adjacent and free. For further information call 562-944-9801 or visit www.lamiradatheatre.com.

McCOY RIGBY ENTERTAINMENT (MRE), is one of the world’s premier theatrical production companies. Headed by Executive Producers Tom McCoy and Cathy Rigby, MRE has produced over one hundred musicals, plays, and concerts featuring some of the biggest stars in the industry today.

There will be an ASL-interpreted performance on Saturday, October 12 at 2 pm. Talkbacks with the cast and creative team will be on Wednesday, September 25 and Wednesday, October 9.

$15 Student Tickets for the first 15 performances of the production.