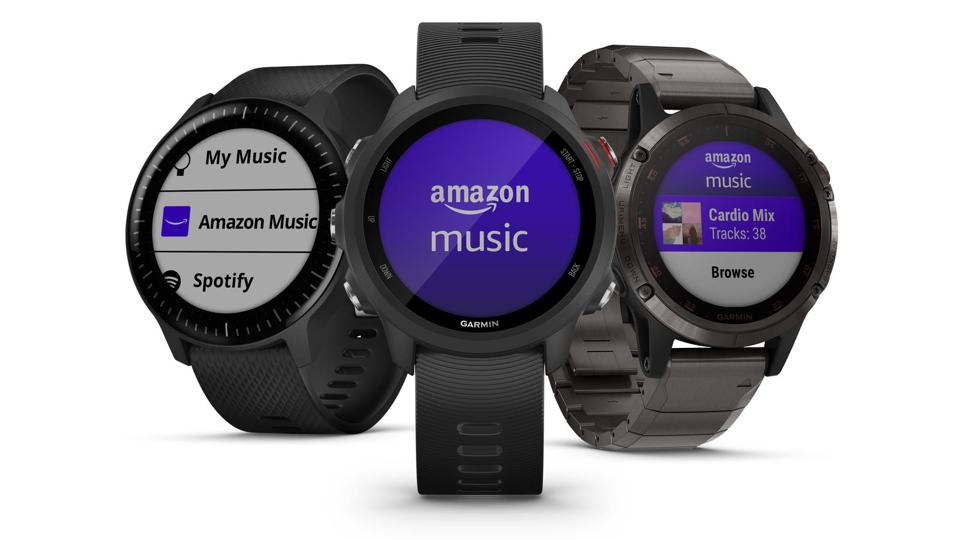 With more than 32 million paid subscribers, Amazon Music is reportedly growing rapidly, surely aided by its deep ties to the Amazon ecosystem and a promotion here or there. Spotify and Apple Music are still formidable rivals though, so Amazon would be best placed to make its audio streaming service as easy to access as possible. That’s where its first smartwatch app comes in.

As of today, the Amazon Music smartwatch app is available across a number of Garmin devices, as The Verge reports. Prime subscribers can check out more than 2 million Amazon Music tunes, while Amazon Music Unlimited members can pick from more than 50 million songs.

Amazon follows iHeartRadio, Deezer and Spotify in releasing a smartwatch music app for Garmin devices. But it won’t face any competition from Apple Music, SoundCloud or Pandora on that platform for now, as none of those have an app for those smartwatches.

“As the first wearable company to offer Amazon Music, we are excited to collaborate with another key music provider to bring even more listening options to customers around the world,” said Dan Bartel, Garmin vice president of global consumer sales. “Music helps keep us moving during our hardest runs and workouts, and with Amazon Music, there are more than 50 million songs to choose from so you can stay motivated no matter where your training takes you.”

The app, which is available from Garmin’s Connect IQ store, is compatible with the following smartwatches: