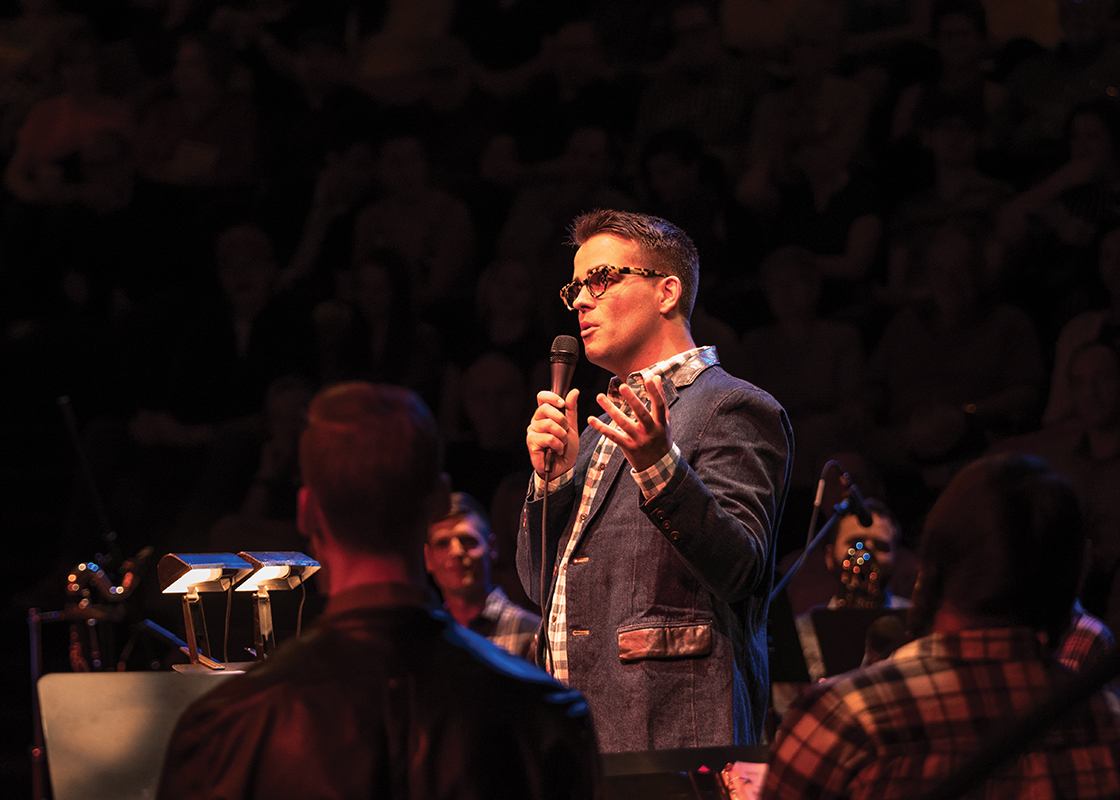 Luke Frazier has grown accustomed to having a lot on his plate at any given moment. And this fall season is no exception, with the conductor of the American Pops Orchestra prepping its Music & Mindfulness: Yoga Series, plotting the second Appalachian Outreach tour, selecting songs and singers for the latter half of the season, and managing his daily duties as founding Music Director. And if that wasn’t enough, Frazier has a wedding to plan, as he and his partner, television and events producer Robert Pullen, are days away from being married in a ceremony presided over by Supreme Court Justice Sonia Sotomayor.

“It’s kind of crazy,” says Frazier, “because we’ve been together for a long time. But we just decided [to get married], and then all of a sudden, kablam, in two weeks it’s happening at the Supreme Court.” The schedule might be abrupt, but the Maestro sounds only grateful that Justice Sotomayor, who’s good friends with the couple, agreed to marry them. “She offered that we could get married in her chambers. Of course, we said yes, we would be honored to do that!”

Before the wedding day, however, Frazier will conduct the APO and play piano in the first of this season’s three Music and Mindfulness concerts at Arena Stage, pairing live orchestra music with a yoga practice led by instructor Dan Carter. “We are right on the same level with the yoga students, and the yoga teacher’s on a platform in the middle,” Frazier explains. “Basically, people are in the music, which is kind of the best part.”

The yoga concert series is one of many creative ways Frazier and the APO pursue a mission to keep people in the music, including spearheading the APO’s Appalachian Outreach Tour to elementary schools in rural, opioid epidemic-ravaged areas of Frazier’s home state of West Virginia. This November, for the second consecutive year, Frazier and musicians from the APO will travel to five counties in West Virginia and eastern Ohio, over the course of four days, to perform free concerts for schoolchildren.

“I was personally influenced by a string quartet that came to visit my school when I was in elementary school,” he says. “It’s in a county where there are no orchestras in any of the schools. The state of West Virginia has very few professional musical groups, the West Virginia Symphony and the Wheeling Symphony being two notable exceptions. Also, the school funding for the arts in that state is tragically low.” Seeing a need, Frazier set up the tour.

“I also saw that most organizations in larger urban areas don’t do outreach to rural areas,” he says. “It’s seemingly not as sexy. But for me, I really think it’s important to take something to the people that need it most.”