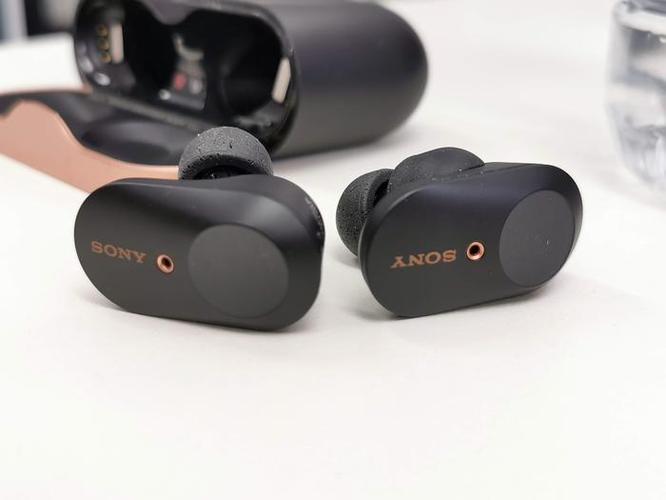 Looking for an alternative to the AirPods? These are the true wireless earbuds you should look at buying.

We’re reviewed a ton of true wireless earbuds since Apple made their courageous call to get rid of the headphone jack and, honestly, there’s been a better time to buy in. The more expensive end of the market does a much better job of justifying the higher prices it commands and there are dozens more affordable options that don’t suck.

Regardless of your budget, here are our picks for the best true wireless earbuds you can buy in 2019. 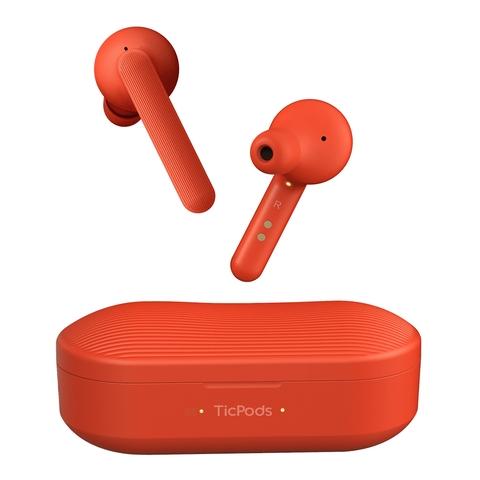 Mobvoi’s TicPods are the closest thing you’ll find to a Google-branded AirPod competitor this side of the ill-fated Pixel Buds. The appeal here comes down to the affordable price, colorful design and ease with which they can be used with just about anything.

The TicPods are not waterproof but they do come with an IPX5 rating against splash and dust damage.

As for battery life, the TicPods offer 4 hours per charge and 18 hours of playback total.

In Australia, the TicPods are priced at AU$159. You can buy them through Amazon and Mobvoi directly.

In our review, “the TicPods proved themselves adequate but rarely exceptional” when it comes to sound quality.

“In some ways, they’re a little like the AirPods in this regard (minus any of Apple’s W1 Bluetooth magic sauce). When used to listen to podcasts or music like Hilltop Hoods’ The Great Expanse, I came away mostly happy with the results. The sound was balanced, though the bass wasn’t particularly deep. For the price you’re paying, the results leave little to be desired but they don’t exactly blow you away either.”

You can read our full review of the TicPods here. 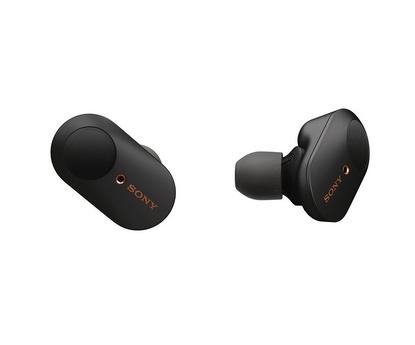 At this time, we’d rate Sony’s WF-1000XM3 true wireless earbuds as the AirPod-killer to beat. Like their predecessors, the WF-1000X M3s use noise-cancelling to wipe the slate clean before extending their own capabilities and treating you to a gourmet course of mids and highs with a side of bass-boosted goodness.

In our review, we said that “Their arrival might be a little overshadowed by the more fitness friendly Beats Powerbeats Pro but the Sony WF-1000XM3s roar with flair, finesse and form.”

You can read our full review of the Sony WF-1000XM3 true wireless earbuds here. The Sennheiser Momentum TW earbuds bring the pedigree of the German audio brand to a true wireless form factor. The sound quality is really clean and among the best in the category. However, it’s the top-notch build-quality and material design that really sets them apart from the other options.

When it comes to durability, the Sennheiser Momentum TW offer up a humble (though not insignificant) IPX4-rating for splash-resistance and, as for smarts, the Momentum TW earbuds are granted extra functionality via Sennheiser’s own Smart Connect app and are compatible with voice assistants like Siri and the Google Assistant.

The Sennheiser Momentum TW earbuds offer four hours of playback per charge, with another eight contained on the charger case. If you’re looking for something suited to longer listening sessions, this isn’t amazing but nor is it particularly poor. It’s where the standard used to be, which means it’s a little behind the curve but it’s not terrible either.


In our review, we said that  “The Sennheiser Momentum TW are the strongest debut of an audio brand in the true wireless space I’ve encountered since the Zolo Liberty+. If you’re the kind of user who doesn’t bat an eyelid at the idea of paying more for the audio fidelity, you’re unlikely to regret doing so here.”

You can read our full review of the Sennheiser Momentum TW earbuds here. 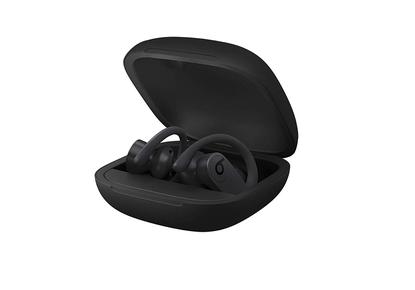 The PowerBeats Pro are the heavy-duty alternative to the entry-point offered by the Apple AirPods. If you’ve ever looked at the latter and thought they needed a bit more in terms of fitness features and audio quality – chances are you’ll like what the PowerBeats Pro have to offer.

The Beats PowerBeats Pro are both water and sweat resistant. They offer 9 hours of playback per charge and over 24-hours of total usage via the carry-case. Since they utilise the same W1 chipset found in the AirPods, they integrate particularly nicely with Siri and any iOS devices as well.

In our review we found that “hip-hop tracks like Logic’s “Keanu Reeves” and Dessa’s “Grade School Games” sounded the best – but I wouldn’t say that non-hip-hop tracks sounded bad when heard through the Powerbeats Pro either.”

You can find our full review here. Back when it first launched, the sound quality in the Zolo Liberty+ was nothing short of phenomenal.

Nowadays, the race is a little closer but there are still a few places online where you can still snag up our favorite true wireless headphones of 2018.

Beyond how the graphene drivers in the Liberty+ sound, extensive battery-life is their biggest selling point. A set of Zolo Liberty+ wireless earbuds will last three and a half hours on a single charge. The carry case that comes with the buds holds another dozen or so full charges, bringing the total use time to approximately 48 hours.

The earbuds also boast an IPX5 rating for resistance against water and sweat damage, courtesy of a hydrophobic nano coating.

As we said in our review, “The Liberty+ don’t offer the noise-cancelling found in Sony’s WF-1000X. However, the sound-stage they create is a strong contender for the categories best nevertheless. There’s a real sense of depth and crispness to the soundscapes here that took me by surprise.”

“At times, it feels like you can lean back and submerge yourself in the audio experience. Vocals-heavy songs like British India’s “Precious” and Flobots “Dance in the Light of a Burning City” come through with punchy clarity. Meanwhile, the dreamy soundscapes of Tash Sultana’s “Mystik” and “Notion” positively growl with symphonic verve and aural zest. “

You can read our full review of the Zolo Liberty+ true wireless earbuds here. The Jabra 65t True Wireless Earbuds feature active noise cancellation and are rated IP56 against water and dust damage. They also promise 6 hours of battery life per charge. The charger case contains another two charges, bringing the total hours of usage offered to 15.

In Australia, The Jabra 65t True Wireless Earbuds are priced at an RRP of $299.

The Jabra 65t True Wireless Earbuds are available through JB Hi-Fi and online at jabra.com.au. You can also buy them on Amazon (AU$279) by clicking here.

In our review of the Jabra Elite 65t True Wireless Earbuds, we said that “Jabra’s latest leap forward in the true wireless space doesn’t necessarily hit all its marks but it hits just enough to emerge as a solid contender nonetheless.”

“Though a few caveats apply, specifically on the software side, it’s almost exactly everything we wanted out of the second-gen Elite Sport earbuds and a solid product that cements Jabra’s reputation and place on the front-lines of the true wireless arms race.”

You can read our full review here. Credit: Bose Before you buy: What to look for in a set of true wireless earbuds?

Since it’s a relatively-new category in consumer electronics, it’s easy to spend more than you have to on your first set of true wireless earbuds. There are now hundreds of different options and finding a set of AirPod alternatives that are going to be worth the investment can be a challenge for those who don’t spend all day and night thinking about it like we do.

The best way to save money? Do your research. Thinking about and then deciding on the kind of true wireless experience you actually want it is going to make sifting through the crap and finding them diamonds in the rough much easier.

First up, you want to think about battery life.

When and where are you going to be using these earbuds? In the office? Just on your morning commute? When you go for a run? How long is that? Although the average battery life of true wireless earbuds has gone up significantly in the last twelve-to-eighteen months, it’s still possible to have that nightmare scenario happen where your earbuds drop dead in the middle of whatever you happen to be doing – and that sucks.

Read more Which 2019 True Wireless Earbuds Should You Buy? To avoid this, don’t just blindly reach for the earbuds with the highest battery life but do make sure you pick a pair that are up to what you plan to throw at them.

Related to this, it’s also worth checking whether your first set of true wireless earbuds support fast-charging.

Having the ability to quickly top up your earbuds before you head out or charge up enough to go on that Saturday morning run on short notice is a huge asset.

If you’re planning on running or going to gym while wearing your new set of true wireless earbuds, it’s also going to be worth making sure that they offer an appropriate level of water and sweat resistance.

Lastly, if you’re intent on using them in office environments or in a way where sound fidelity is the most important thing, it also might be worth paying the premium for a set of true wireless earbuds that boasts proper noise cancelling. You can find noise-cancellation tech in true wireless earbuds from Jabra, Sony and others.

Found this feature interesting? Check out our other true wireless earbuds guides: