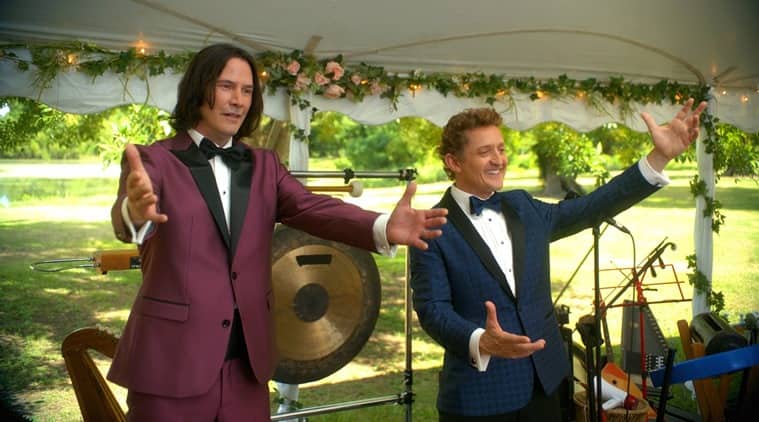 Keanu Reeves and Alex Winter in Bill and Ted Face the Music.

The ‘excellent’ musical duo of Bill and Ted are back and how! Warner Bros. on Tuesday released the first teaser of Bill and Ted Face the Music. Featuring Keanu Reeves and Alex Winter, the movie is the third installment in the Bill & Ted franchise.

The teaser tells us that the best friends have aged considerably but still harbour the desire to save the world by creating one wholesome, uniting song. We get a sneak peek of the good old camaraderie shared by the lead actors as well as a few worthy punchlines.

While it remains to be seen if part three of the movie will prove to be as successful as the first two, it is still good to look forward to some cinema in these trying times.

Directed by Dean Parisot, Bill and Ted Face the Music features Samara Weaving, Bridgette Lundy-Paine and Holland Taylor among others.

The release date of the movie is yet to be announced.

For all the latest Entertainment News, download Indian Express App.