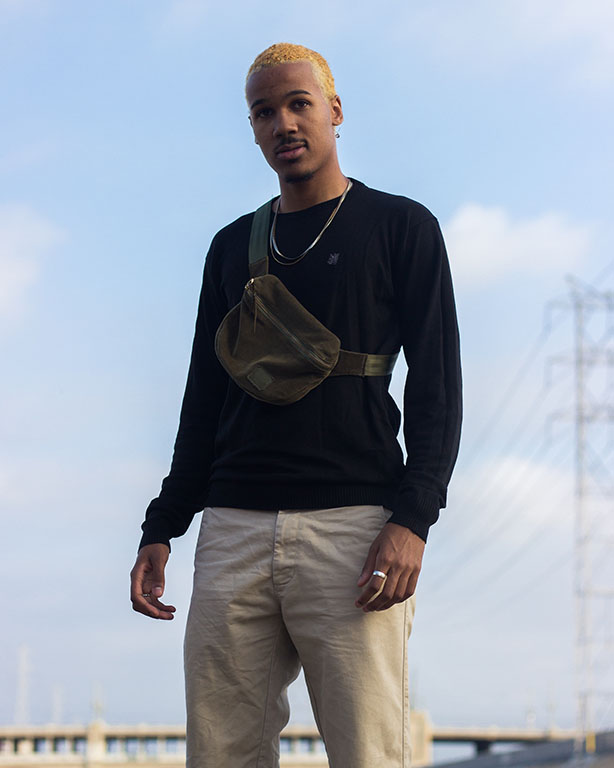 Kabwasa will release his latest single “What U Need,” a collaboration with fellow Trojan Yasin, on Oct. 4. (Photo courtesy of Song-An Stevens)

Etienne Kabwasa Green, known as Kabwasa in the rap game, is a senior majoring in visual anthropology with a minor in communication design — but his true passion lies in music. Since growing up in Watsonville, Calif., music has played a major role in Green’s life.

“I grew up in a family that pushed music a lot,” Green said. “Even when I was really little, I started messing around on GarageBand … then in high school, I did mixtapes and put them on SoundCloud. Finally, when I got here to USC, I met some people in the music school, and from there I was a little bit more directed and started putting music on all the other platforms and working with producers and sound engineers and all that stuff.

“The past three years have been the [most] serious … of my music career.”

Since coming to USC, music has become Green’s priority. Green’s music is a genre of rap with elements of R&B, soul and trap, allowing him to add his own personal flair to each track. Although rap is his greatest love, his father influenced his music style by having Green listen to funk, soul and other genres. This helped with his collaboration on Digital NEST’s short film “Service With a Smile,” where his single “Worker’s Truth” showcased such musical blends.

“I always liked rap the most,” Green said. “I like high-energy music. [But] I don’t think I was initially introduced to rap. My dad, when I was younger, showed me funk … and I really liked that … When I found rap, I was immediately drawn to that. I sing, and I have a falsetto voice that helps, so I started to tie the singing into the rapping. So I made a jazz-rap, kind of R&B-ish-rap combo.”

Green is always working on multiple genre-bending projects, but there are times when he has to focus on school when he would rather be making music.

“For me, it’s definitely important that I finish through and get my degree,” he said. “But at the same time, if there are opportunities in music, I don’t usually hesitate to take those opportunities because I’m lucky enough to know where my passion lies.” 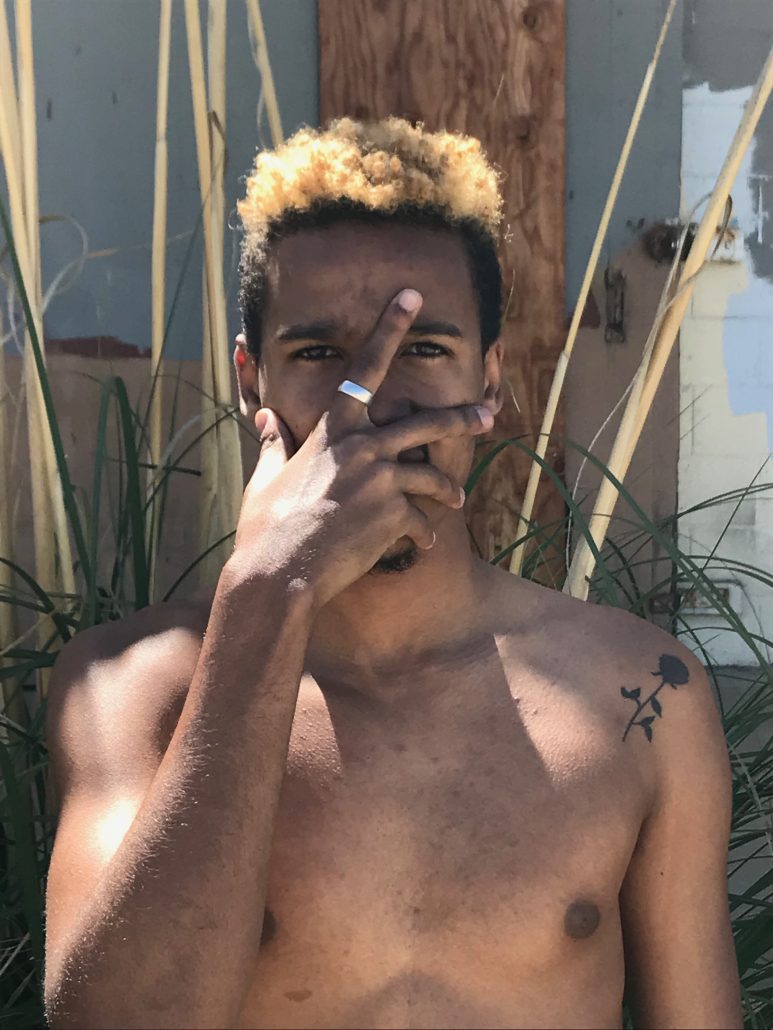 Kabwasa said he has an exciting array of projects in his sights, both as a soloist and with fellow Trojan artists. He is currently working with Yasin on a single called “What U Need” that will release Oct. 4.

“Later on, I saw Yasin again, and basically he said that we should link up and try to make a song together,” Green said. “We went and recorded the song over the summer, and it’s been ready for a long time, but now it is finally in the works of getting out.”

Besides striving to improve his craft, Green hopes to make a personal statement with the content of his music. His two middle names, Nkumabui (Congolese name meaning “leader of the people”) and Kabwasa (meaning “crown”), give  him the motivation to inspire others.

“If I could take two different feelings that I want people to get — especially people I want to represent, like minorities — I want people to feel positivity [and] joy from my music and also at the same time, pride and power,” Green said. “If I could bring these two things to people, then I think my music has done its job.”

Above all else, Green hopes to represent his hometown in a positive way.

“Definitely where I grew up in Watsonville, that culture comes out in my music I feel like more than anything,” Green said. “I definitely want to keep it that way because I feel like it’s a place that deserves some representation and a voice.”