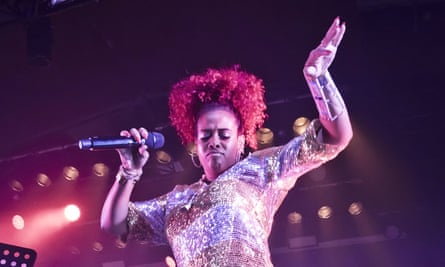 The record label and publisher BMG has pledged to address historic inequalities in the record contracts of black artists.

In an email sent to managers and performers reported by Music Business Worldwide, BMG CEO Hartwig Masuch said the label was “mindful of the shameful treatment of black artists”, and would begin a review of historic record contracts, vowing to address “inequities or anomalies” within 30 days.

BMG was founded in 2008 and controls the back catalogues of artists including Mick Jagger, Keith Richards and Kylie Minogue. It also owns the publishing catalogues of Chrysalis Music and Virgin.

The move follows #BlackoutTuesday, a music industry-endorsed initiative to go silent for a day, on 2 June, following the killing of George Floyd in Minneapolis.

Artists including Kelis and Erykah Badu shared a quote from author and professor Josh Kun stating: “If the music industry wants to support black lives, labels and platforms can start with amending contracts, distributing royalties, diversifying boardrooms, and retroactively paying back all the black artists, and their families, they have built their empires on.”

Kelis has spoken about making no money from sales of her first two albums, alleging that she was “blatantly lied to and tricked” by collaborators the Neptunes and their team. “Their argument is: ‘Well, you signed it,’” she told the Guardian in January. “I’m like: ‘Yeah, I signed what I was told, and I was too young and too stupid to double-check it.’”

In 2015, Prince told reporters from the US National Association of Black Journalists: “Record contracts are just – I’m gonna say the word – slavery. I would tell any young artist … don’t sign.”

In his letter to staff, Masuch said that BMG would begin to tackle racial inequality within the business. “In common with many music companies, at BMG the reality is that black people are not as well represented as they are in the populations in which we operate,” he wrote. “We are not as diverse as we could be. Despite numerous initiatives over the years, we have not made sufficient progress.”