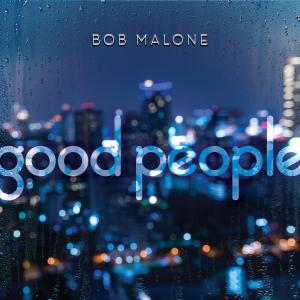 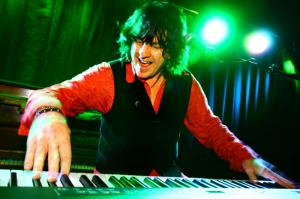 When it seems like someone’s always, getting in your face, shooting up the place, making you lose your faith in the human race. Just remember…there are good people everywhere!”

The song is Malone’s most radio-friendly and accessible track in his long career, both as an accomplished solo artist and as keyboardist for Rock and Roll Hall of Fame legend John Fogerty. It harkens back to the classic piano-driven pop-rock melodies of Billy Joel, Elton John, and Leon Russell in their prime.

“The lyrics to GOOD PEOPLE really speak to the world we live in today. The news would have us believe that we’re all divided and at each other’s throats constantly, but in tours across America and around the world, Bob has found that there truly are GOOD PEOPLE everywhere, and he’s brilliantly put that sentiment into this powerful song. I promise that if you listen to it once, you won’t be able to get it out of your head,” said Burke Allen, Malone’s manager, and former Billboard award-winning radio Music Director, programmer, consultant, and station owner.

Malone said of GOOD PEOPLE “My wife – the “Karen” in this song – is the most empathetic soul I have ever known. Blessed with the gifts to be and do almost anything she wanted, she chose to dedicate her life to helping those less fortunate. And though she is strong, sometimes she loses all hope. This song is just my way of reminding her that she is among the many unsung heroes who walk among us, quietly making the world a better place.”

GOOD PEOPLE is being released to Adult Contemporary, AAA and Non-Commercial radio outlets in the United States and Canada on July 23rd by Delta Moon Records via PlayMPE with additional distribution to film and television music supervisors. The GOOD PEOPLE music video was directed by Hashim Thomas was filmed on the rooftops and subways of Los Angeles. A companion lyric video will also drop this week to digital video platforms.

Bob Malone has a mixture of national media appearances, solo tour dates, and dates with John Fogerty in the U.S. and Europe throughout the rest of 2019. Dates and more info are available at www.bobmalone.com.

BOB MALONE has toured the world as a solo artist for two decades and has played keyboards with rock legend John Fogerty since 2011. He is also a busy session player and arranger, and is featured on the latest Ringo Starr record, “Give More Love.” His recording of “You’re A Mean One, Mr. Grinch” was featured in the worldwide trailers for the Illumination/Universal movie The Grinch. Classically trained, with a degree in jazz from Boston’s prestigious Berklee College of Music and a lifetime playing rock & roll clubs, theaters, and arenas, Bob combines unforgettable songwriting with a one-of-a-kind hybrid of rock, blues, and New Orleans R&B, delivered with high-energy piano virtuosity and a voice all his own.

Born and raised in New Jersey, Bob has lived in New York City, New Orleans and Boston, and is currently based in Los Angeles. As a solo artist, Bob plays around 100 shows a year in the US, UK, Europe and Australia – including sets at Umbria Jazz Festival (Italy), Glastonbury Music Festival (UK), Colne Blues Festival (UK), Long Beach Bayou Fest (US), Falcon Ridge Folk Fest (US), Blue Mountains Music Fest (AU), and Narooma Blues Fest (AU). He has been featured twice at WWOZ Piano Night in New Orleans, and has opened for Boz Scaggs, Subdudes, The Neville Brothers, Rev. Al Green, BoDeans, Dr. John, Marcia Ball and many others. As a member of John Fogerty’s band, he has played with Bruce Springsteen, Bob Seger, Jackson Browne, Billy Gibbons, Jimmy Buffett, and Alan Toussaint.

Malone’s last album, Mojo Deluxe, went to #1 on the Independent British Blues Broadcasters (IBBA) radio chart, was one of the top 100 most played CDs on the Roots Music Report radio charts,top 1 5 on the Relix/jambands.com charts, and appeared on the Living Blues and Americana Music Association (AMA) radio charts. Videos from Bob’s Mojo Live DVD were given exclusive premiers by Relix Magazine and Alternative Root Magazine. His Mojo Live CD was released in fall of 2018 on Italian label Appaloosa Records. His latest single “Good People” was released in July 2019.

Bob’s music has been heard on NCIS New Orleans, Dr. Phil, Entertainment Tonight, and The Rachel Ray Show. A sought after arranger, he recently wrote and arranged full symphonic scores for former members of the Temptations, Four Tops, Platters and Drifters and played piano and arranged big band and strings for a song recorded by Avril Lavigne for the Hallmark Channel.

As a member of John Fogerty’s band, Bob has appeared on many national television shows including The Late Show with David Letterman, Good Morning America and The View.

Kurzweil Music Systems chose Bob to make the demo videos for their new Forte digital piano, and he is endorsed by QSC Audio, Hammond Organ and Fishman Acoustic Transducers.