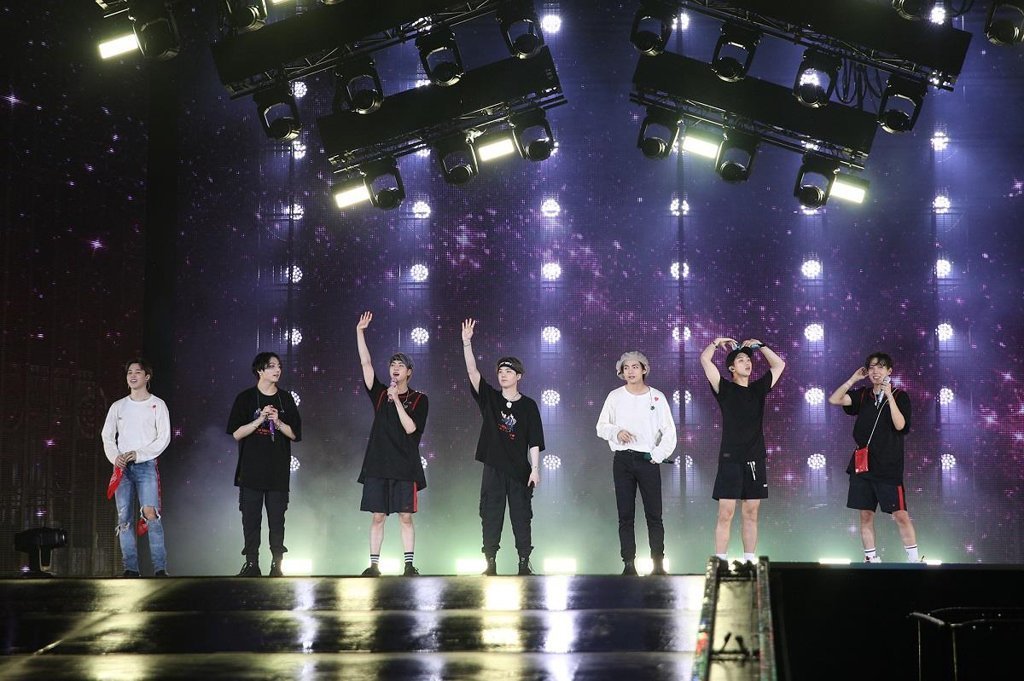 The break kicked off the same day following the band’s performance at the 2019 Lotte Duty Free Family Concert earlier in the day.

(Big Hit Entertainment)
“The latest break will be time of recharging for BTS who has worked restlessly since its debut so that they, as musicians and creators, would be able to come back anew,” Big Hit said without giving details of the break. “It will also be time (for them) to enjoy the life as ordinary young men in their 20s.”

Each of the seven members will be spending the break in their own way before coming back to repay fans’ support with better music, it added.

The break comes after the septet’s globally acclaimed feat on the world music scene. Earlier this year, BTS became the first music band to win three No. 1s on the Billboard 200 album chart in less than two years since the same feat last achieved by legendary British band the Beatles.

Over the past two years, the band trotted the world to stage high-profile solo concerts in such global cities as New York, Paris, London and, most recently in July, Osaka.

In Oct., the band is also scheduled to land in Saudi Arabia to stage its concert at a stadium arena as the first non-Saudi Arabian artists to do so.

The Saudi Arabian leg of their latest “Love Yourself: Speak Yourself” world tour is set for Oct. 11 at King Fahd International Stadium in Riyadh, the capital. (Yonhap)