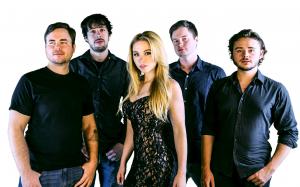 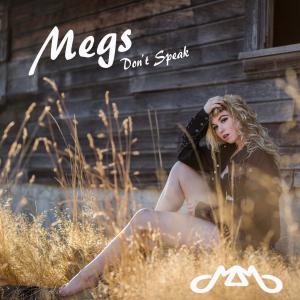 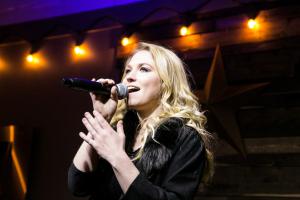 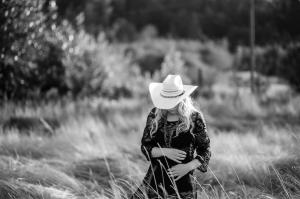 Its a small way to bring awareness that we all are connected around the globe in that New Years is observed by all countries, for at least this one time we can all celebrate together.”

SEATTLE, WA, USA, December 28, 2017 — Megs McLean the Crunge (Country, Rock, Grunge) music artist is going global, performing a World New Year’s Eve Celebration. Megs concert will kick off the very first New Year’s Eve’s around the world. Although Seattle has another day to wait, during her concert at Loco Billy’s on the 30th (https://www.locobillys.com/event.php) Countries around the world will be gearing up and beginning to celebrate the launch of their New Year. Starting on the 31st at 2am, PST Tonga and Soma begin the transformation into 2018 followed by New Zealand, Australia, Russia, Japan, Korea, China, Indonesia, India, Iran, Greece, Germany, the UK, Brazil, Argentina, Canada finally the USA followed by the Pacific Islands and others. Megs will continue her 48-hour celebration by migrating east where she will be performing and hosting the New Year’s countdown Live at an exclusive private party in Pains, Montana (MST).
Megs McLean stated: “I hope this new holiday celebration catches on across the world. It’s a small way to bring awareness that we all are connected around the globe and that New Years is observed by all countries so for this one time we can all celebrate together.”
Doors open at 6:30pm. Live Music starts at 9pm December 30th. Tickets are available at the door $8.00 27021 102nd Ave NW Stanwood, WA 98292 (425)-737-5144 or (360)-629-6500.
About Megs:
Megs McLean is a full time professional singer/songwriter and performer who has opened for Lorrie Morgan and Pam Tillis, played for Taylor Swift and Kenny Chesney audiences and headlined numerous festivals and events, including the Hard Rock Café, Cabela’s, casino’s and bars and private parties throughout the northwest. She has been featured on MTV Live, Pure Country, VH1 Classic and radio stations throughout the nation. Megs and her band deliver an energetic mix of guitar-driven “Crunge” Country Rock Grunge originals.
Megs is a true vocalist and songwriter from the Northwest whose fan base continues to grow nationwide. She has assembled a first-rate band that is proven to entertain and delight crowds of any size. Her First single “It’s My Truck” gained Megs recognition as one of the top 10 “Next Women of Country” on Spotify as well as “Country Pick of the Week”. Recorded at the world-famous London Bridge Studios in Shoreline, WA, with Ben Smith of “Heart” on the drums, Brad Smith from Blind Melon on Bass, and Shohei Ogami on guitar.
For booking info contact: [email protected]
EP available on Spotify, ITunes, Amazon and other music venders. YouTube link: https://www.youtube.com/playlist?list=PLPPMQLsQyFCYEifvqqdVnJZ16kDtzdRLS

The Making of Megs McLean