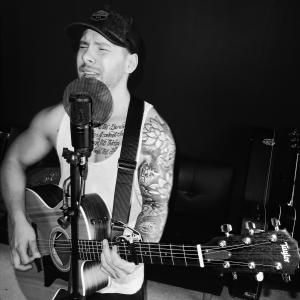 Canadian singer-songwriter Dareck Mckay announces the release of his debut single “Hold My Own.”

Having grown up with a mother that struggled with addictions throughout my childhood, it brought many adversities.”

VANCOUVER, ONTARIO, CANADA, October 28, 2017 — Dareck Mckay fans are delighted by the news of the upcoming release of the singer-songwriter’s debut single “Hold My Own,” due to be released on November 1st, 2017. The single is one of the tracks on Dareck’s EP “Mother,” produced by Cory Woodward and due to be released in January, 2018.

“Hold My Own” was inspired by Dareck’s own life experiences, and touches on the challenges he’s been forced to face and how he’s been able to overcome them.

“Having grown up with a mother that struggled with addictions throughout my childhood it brought many adversities,” explains Dareck. “Music has given me an outlet to release a lot of banked emotions off my chest and shoulders.”

Dareck discovered his love of music at an early age. His earliest memories are all about listening to Rock n’ Roll with his father, who brought him up single-handedly. In High School he formed a metal band with three friends called Stitched in Silence. So popular was the band that at the age of 16, they were touring Canada and some of the Western states in a small van.

“We played anywhere that would have us,” recalls Dareck, “Roller rinks, halls, bars, you name it. It was quite the experience!”

But playing bass in the band wasn’t Dareck’s dream. His real passion was for the acoustic guitar. In 2007 he parted ways with the band to discover his own unique style, and began his journey into alternative rock. Within a year, his mother had succumbed to lung and brain cancer. Consumed with emotion, Dareck poured his feelings into song writing, and hasn’t looked back since.

His first EP, “Mother,” was recorded in April 2017 with Cory Woodward of Lion Bear Fox. The song is a compelling blend of acoustic guitar and soft, emotive lyrics in an alternative rock style. His words tell a story and send a heartfelt message to its listeners. For Dareck, his music is therapy, fueled by personal experiences. For the listener, it’s catchy, melodic and inspirational.