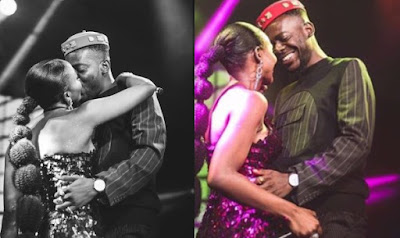 Songstress, Simi has again showed her zero tolerance for social media drama, as she slammed a troll who described her husband Adekunle Gold‘s songs as ‘stupid’.

Simi had in a tweet to encourage her follows said : “stop wasting your time on foolish things”.

Reacting, the Twitter user identified as @badmanpj said: “that is why I don’t listen to your husband’s music”

Responding to the tweet, Simi said you want attention, but I’ve changed, so God bless y- actually nah, fvck off in what direction is comfortable for you”

Just recently, Simi while narrating how she met her husband, stated that she had known him as the king of photoshop and not a singer until they had their first meeting.

The celebrity couple sealed their love with a low key traditional wedding in Lagos earlier in January, with a few friends and family members in attendance.