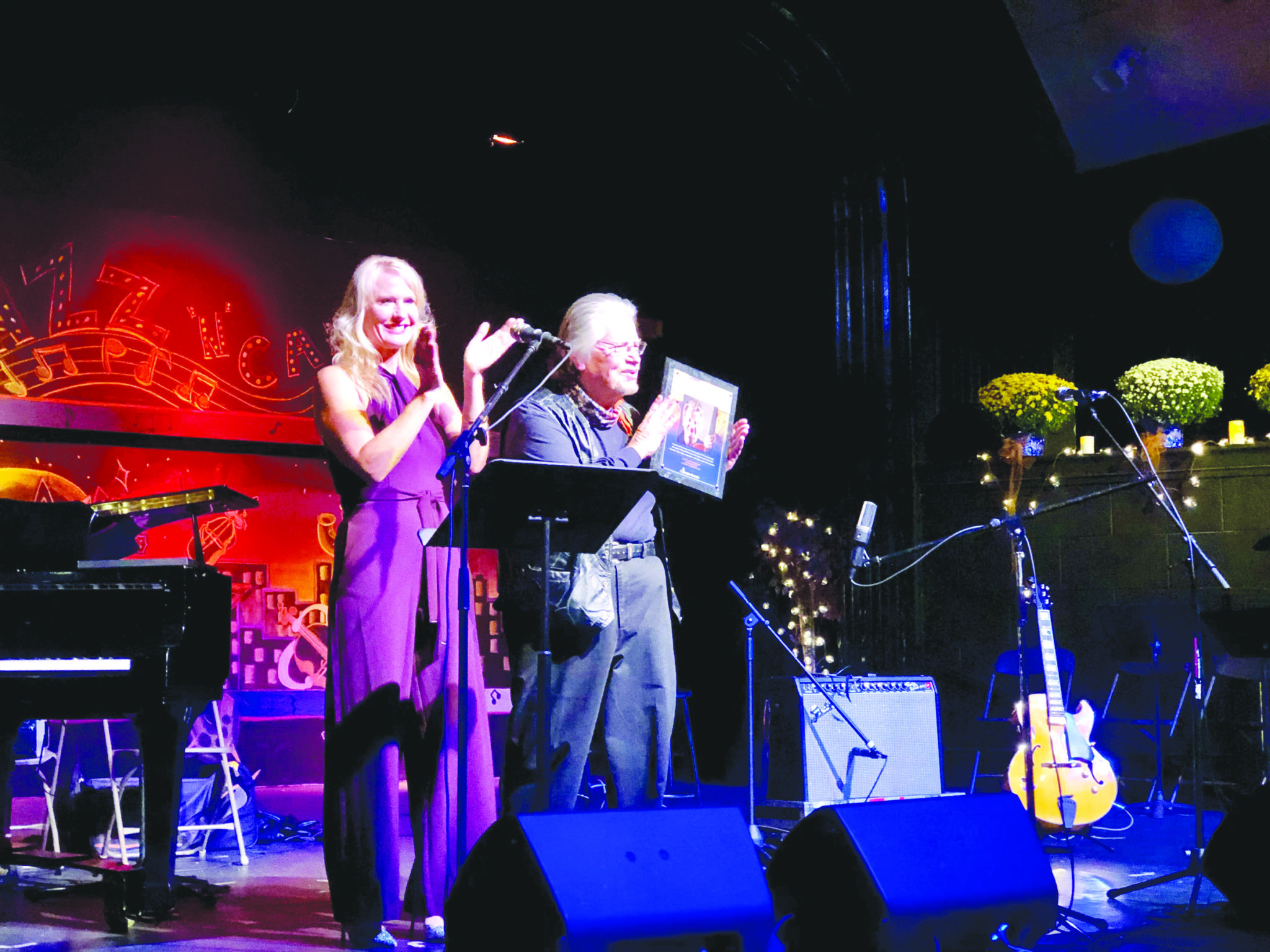 Mark Hoffmann is the recipient of the 2019 Jazz-N-Caz award. The musician accepted the award on Sept. 20 at the Catherine Cummings Theatre. (Kate Hill)

The award honors an individual who has made notable contributions to the Central New York community through jazz music and education.

Hoffmann is known throughout the region for his “blazing guitar work and soulful singing and songwriting.”

The guitarist/vocalist has been active on the CNY music scene for more than five decades.

Throughout his musical career, Hoffmann has worked with CBS/Epic Records; played with his band Jam Factory; released an album and single; toured extensively across the country; and performed on national television on both PBS and The Today Show.

Hoffmann has played with a number of music legends, including the Grateful Dead, Janis Joplin, Jimi Hendrix, Billy Joel, Joe Walsh, The Byrds and The Beach Boys.

Locally, he has performed with both the Mary Haitz Band and Mojo Filter.

Additionally, he fronts the Hoffmann Family Band, which includes his son Gustav on bass and his daughter Anna on vocals.

The musician also formed Swing This! — a musical group that delivers a “hot jazz” treatment of the “Great American Songbook” to a wide audience.

Hoffmann was inducted into the Syracuse Area Music Hall of Fame in 2007 as an individual performer, and again in 2016 with Jam Factory.

The musician was recognized in Cazenovia on the second night of the 18th annual Jazz-N-Caz weekend.

“We would like to honor you and acknowledge you . . . for everything that you do with your music and for the community,” Prossner said. ”We love you and we thank you so much.”

Hoffmann’s accomplishments were also recognized by Senator Rachel May, who presented the musician with a proclamation from the New York State Senate.

“I am so honored,” Hoffmann said. “I have been blessed to have had a pretty exciting career in music. I’ve been to a lot of cool places and done a lot of cool things, but this is right up there. This is wonderful, and I’m so appreciative of everyone in this community who has supported me and my music for so long.”

Presented by Cazenovia College, the 2019 Jazz-N-Caz weekend ran from Sept. 19 to 21 at three venues — the Catherine Cummings Theatre, the Brae Loch Inn lawn, and the Seven Stone Steps at the Lincklaen House.