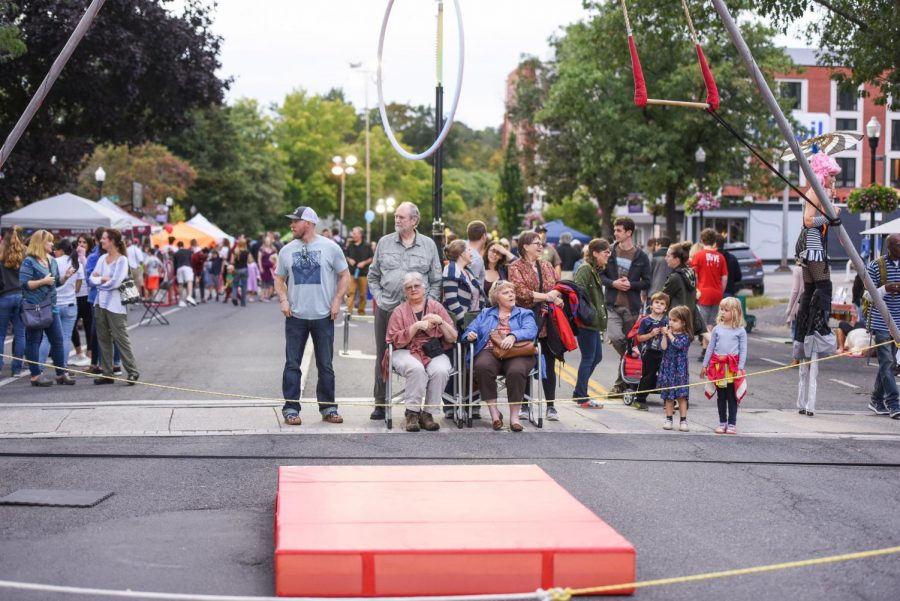 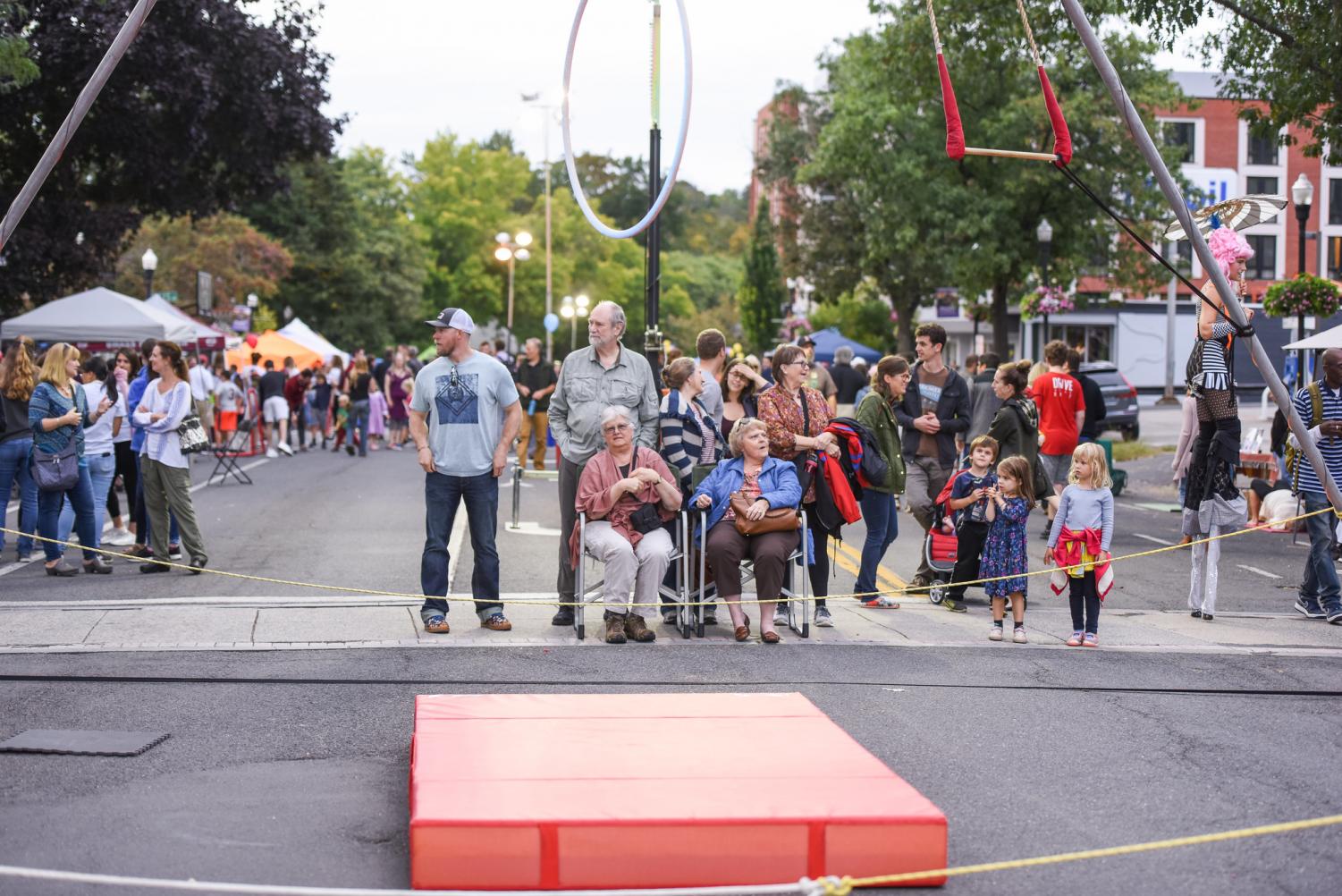 Hundreds of community members descended on downtown Amherst on Sept. 19 from 5 to 9 p.m. to celebrate the beginning of autumn at the eighth annual Amherst Block Party with food, live music and street performances.

To open the space for the block party, hosted by the Amherst Business Improvement District, the town closed off the normally busy North Pleasant Street from the southern edge of Kendrick Park at the intersection with Hallock Street to the intersection with Amity Street just north of Amherst Town Common.

Block party-goers were not charged any admission fees and were free to stroll about the temporarily closed thoroughfare and newly opened pedestrian zone for the evening to browse the various food vendors, information stalls and entertainment options.

Amherst town councilors held a stand nearby the Unitarian Meetinghouse where constituents and members of the public could meet their representatives and talk about priorities for the Town Council.

Among four proposed initiatives, councilors were looking for community input about a new fire station/EMS facility, a new elementary school, a new Public Works Department and renovations to the Jones Library.

“It’s good to engage people we often don’t see,” said town councilor Evan Ross. Ross and fellow councilor Sarah Swartz noted the informal environment was a great way to chat with community members and ask what they want to see from the Town Council.

Among the various stands lining North Pleasant were the Northampton-based C.L. Frank & Company, a division of Bartlett Tree Experts, who were giving out 600 free saplings to attendees to plant their own trees.

Visitors could choose either a river birch, swamp white oak or black tupelo sapling according to Greg Beck, an employee of the company who was handing out the tiny trees.

“It’s unique and different and people seem to love it,” Beck said, noting how popular the trees were with attendees. Many people in the crowd were seen walking with saplings in hand.

In the middle of the block, student and teacher acrobats from SHOW Circus Studio in Easthampton twisted, turned and flipped on aerial silks and lyra (aerial hoop) suspended off the ground as spectators gathered and watched in amusement.

The Amherst Senior Center also held a stand called “Wise Elder Advice” where the young, old and all those in between could ask senior citizens for opinions for 5 cents, the “thought of the day” for 10 cents, or “flawless advice for work, love and relationships” for $1.

Performance stages marked the ends of the closed off block. On the Futurliner Stage by Amity Street, WRSI’s DJ Kaliis played pop beats, while at The River Stage at Realignment Park several acts performed across the span of the evening.

The Buddy McEarns Band kicked things off from 5 to 6 p.m., followed by Masala Jazz from 6:20 to 7:30 p.m. and Memphis Flyers from 7:50 to 9:00 p.m. The groups performed many songs, including originals and covers of songs from across the decades as attendees listened or danced along.

Free parking was designated on nearby side streets and lots with the disruption on North Pleasant and detours were established for PVTA bus routes after the road was closed to through traffic at 3 p.m. until 10 p.m.

UMass Transit Services tweeted out to riders in advance to expect delays along the 29, 30, 31, 33, 38, 43 and 45 bus routes with the Fearing Street, Pray Street, Cowles Lane and Amherst Post Office stops closed temporarily due to the party.

This is the eighth year Amherst BID has put on the Block Party for the community, but its first under the leadership of new Executive Director Gabrielle Gould, who replaced Sarah la Cour. La Cour led the organization for six years.

“[Amherst BID] is a nonprofit economic development organization comprised of local property owners dedicated to providing programs and services that serve the town’s residents and businesses,” according to the organization’s website.

“The BID’s mission is to improve the Amherst downtown through events, beautification, marketing, and special projects … Through partnering with the town, the University, and the two Colleges, the BID aims to make downtown an even better place to visit, to do business, and to live,” it added.