The ’80s were a whirlwind time for Tiffany. She became one of the youngest artists to have a No. 1 album at 16 years of age with her self-titled 1987 debut. The success of that record was surrounded by two No. 1 singles, “I Think We’re Alone Now,” her version of the Tommy James and the Shondells classic, and the emotional ballad, “Could’ve Been.”

The rise of the album and singles was fueled by heavy airplay on the radio and MTV — and memorably, a grassroots tour of shopping malls across America.

In an ’87 interview with the L.A. Times, the young singer noted that she had some trepidation about the idea. “I’m a little nervous about people’s reaction, particularly since they don’t know me,” she said at that time. “I mean, I go to a mall to shop, and I’m not sure I’d stop and listen.”

Even then, she was a seasoned performer, having already weathered some rough times on the concert stage during her early days of performing on the country western circuit.

“People don’t know that I started off in country music at 8, 9, 10 and 11 [years old] That was way more Spinal Tap because I was playing in bars,” she says. Tiffany performs with Sunrise Jones at 7 p.m. on Sunday, Nov. 10, at Music Box Supper Club. “Some of the band members were really drunk, and I had people go off stage. I’ve had them cut [out] in the middle of the verse. It was like a train wreck sometimes and that was my experience of working with bands. Some of them were really cool and some of them weren’t. I opened up for Waylon Jennings and the Hells Angels were there, and they kicked everybody off the stage!”

She discovered that the country music culture was filled with artists and groups who were all “lifers” who weren’t looking to find a normal situation. The road and the stage were the places where they found their comfort.

“They had no interest in going home and just being moms. Music was always going to be their first love and their foundation. That’s how they supported their families. That’s what they loved to do and that’s who they were,” she says. “So you know, an extension [of that] was bringing people on the road and having fun on the road. The luxury of being out there and seeing different things together, just like that. That’s how I graduated high school, was being on the road. I was lucky to have good teachers who were like, ‘Oh, okay. Well, you know what, you’re going to go to all of the sights and you’re going to write papers about it. You’re going to have first-hand experience.’ I’ve always loved that, and I’m very lucky that I’ve been able to do that.”

The veteran vocalist has put out a regular stream of albums across the years and is understandably proud of her latest, Pieces of Me. The record finds her digging deep emotionally, turning out a set of songs that are squarely placed in the rock vein and have an organic and live feeling to the way the recordings capture the band performances. She’s namechecked Fleetwood Mac’s Stevie Nicks, Led Zeppelin and Dave Grohl of Foo Fighters as influences on the direction that she took with the album’s material.

Among the record’s many highlights, “The Fall” is an expansive epic that stretches past the six-minute mark and is tucked at the end of the album’s track listing. Finishing things off in that way, it’s clear that the singer-songwriter spent a lot of time thinking about this collection of songs as an album and how the entire experience would fit together.

“I think the vision was always to put something like ‘The Fall’ at the end and have just a really good old school ’60s and ’70s patience to absorb a song and to really [get inside] this music. Now, everything is so fast-paced, and it’s cut up and things like that. I don’t think we listen to albums the same, but I do. Probably because I’m on the road so much,” she explains. “There’s a lot of driving involved, and you want music that you can just drive to. Music that’s good stuff. Also, music that’s good to just kick back and listen to and it’s an experience. That’s kind of what ‘The Fall’ is. It’s just this whole masterpiece of music.”

Meanwhile, “Waste of Time,” the current single, is a driving rocker that hints at the intensity of how this material will play out on the concert stage. She’ll put a heavy focus on playing songs from the new album during her current tour and is excited about showing fans of her ’80s hits how she’s evolved as a singer and a songwriter.

“Obviously, people have known me from being Tiffany and the mall tour and all of that. But they don’t know that I can sing like this. So the record had to be something that was going to stretch me and definitely capture my voice and my tone and then the lyrics, I’m primarily the lyricist and then the [band adds] to it,” she says. “We all work together. I don’t create [the music] — I have a melody here and there. I kind of come in with these crazy ideas. Like ‘The Fall’ or ‘Waste of Time,’ ‘Pieces of Me,’ you know, they’re very vulnerable songs, because they’re really things that are going on in my life and things that I’ve lived through. So I think this is probably the most exposure that I’ve put out on my life in a record, except for A Million Miles [her previous album, released in 2016], which was kind of a healing record for me, because a lot of people passed away. But this is really more gritty and my personal take on things.”

Working at several studios, including the legendary Blackbird Studios in Nashville, she put down the bulk of the recordings overseas in an environment that was extremely conducive to keeping the focus where it needed to be.

“We [went] to Rockfield [Studios] to record most of the stuff and that’s in Wales. It’s a magical place. Queen’s ‘Bohemian Rhapsody’ was written and recorded there. So it’s got such a vibe,” she says. “And there’s nothing out there, it’s just a small little town, so there’s nothing to take your mind away from being in the moment and being in the music and saturated in organically creating. I really like that process, and I’m kind of addicted.”

Fresh from sharing the stage with New Kids on the Block, Debbie Gibson and others on the Mixtape tours, it’s evident that Tiffany is still charged up from the experience of the lengthy trek, which found her performing 55 shows in 53 cities to over 600,000 fans. She’s channeling that energy right back into her current tour and enjoying the chance to connect with her fans and find out how the music is influencing them.

“I have so many girls coming back to the shows, coming to Pieces of Me, from the Mixtape tour. We all talk. I do great meet and greets after and we get to hang out and I get to hear about their lives,” she says. “What they do, what interests them and why they’re loving Pieces of Me and the direction there. We talk about food, we talk about drinks, we talk about fashion. These are all things that I’ve been working on prior to doing this album that were other interests for me. It’s another way to bond with the girls, and they’re interested in it, so we’re going to have some fun with it.”

Sign up for Scene’s weekly newsletters to get the latest on Cleveland news, things to do and places to eat delivered right to your inbox.

December 3, 2022
An Enigmatic and Magnetic New Wave of R&B- The Force Behind Saint City, Jermaine the Saint Amazes with New Single 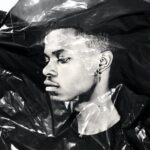 An Enigmatic and Magnetic New Wave of R&B- The Force Behind Saint City, Jermaine the Saint Amazes with New Single

December 3, 2022
Talented Singer and Songwriter Alley to Release “Tell Me You Love Me” Single 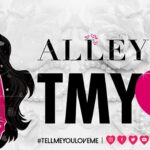 December 2, 2022
Dreamy And Melodic Vocals: Ryan Townsend Releases A Hit New Single That Syncs With The Hearts And Minds Of The Masses.

Dreamy And Melodic Vocals: Ryan Townsend Releases A Hit New Single That Syncs With The Hearts And Minds Of The Masses.

December 2, 2022
An Enigmatic and Magnetic New Wave of R&B- The Force Behind Saint City, Jermaine the Saint Amazes with New Single

An Enigmatic and Magnetic New Wave of R&B- The Force Behind Saint City, Jermaine the Saint Amazes with New Single 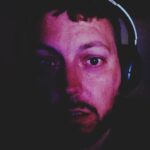 December 2, 2022
Authentic and Raw Hip-hop Melodies: Lost Dogg Brings Courage and Confidence to the Hearts and Minds of Fans