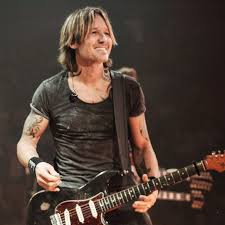 Everyone knows that the Elkhart RV Open House has become North America’s preeminent recreational trade show. But who would have guessed that this crazy, spontaneous trade show would evolve — for at least a couple of days each fall — into one of the nation’s premier live music venues with manufacturers Thor Industries Inc., Forest River Inc. and Winnebago’s Grand Design RV footing the bills for their private dealer meetings.

Indeed, the entertainment lineup for this year’s Open House, which started today (Sept. 23) on the northeast side of Elkhart, Ind., is the most amazing to date with Thor booking country entertainer Keith Urban while Forest River showcases Styx and Big & Rich and Grand Design brings Train to town.

It all started about 12 years ago when Forest River, a Berkshire Hathaway subsidiary, launched the first Open House get-together with product displays for its own dealers at its headquarters on the west side of Elkhart that included a performance by Gretchen’s Revenge – a local band led by Rockwood division employee Steve Beyler. In the ensuing years, Forest River’s private soiree blossomed into a big-time event with catered steak dinners, free drinks and national scale acts such as Trace Adkins, Daughtry, Foreigner and Kid Rock.

And it didn’t take long for competitors to step in with their own product displays and their own take on rock ‘n roll. Along with the hors d’oeuvres, Grand Design served up performers like Don Felder, one of the original Eagles who co-wrote “Hotel California,” as well as Lover Boy, 38 Special and Eddie Money, best known for his hits “Baby Hold On” and “Two Tickets to Paradise.” Money, by the way, passed away Sept. 13.

And Thor, which always drew a crowd of dealers with a dramatic, dealer-only car/truck drawing, pretty much stayed out of the musical fray until this year’s event when the company upped the ante for its 10th annual Open House by booking a Tuesday night (Sept. 24) concert by 2018 CMA and ACM Entertainer of the Year Keith Urban — a four-time GRAMMY Award winner who recently completed a world tour that played to more than a million fans in seven countries including sold-out shows in the U.S., Canada and Australia.

Urban’s performance, amid tight security with no cameras allowed, will serve as the inaugural event at the RV/MH Hall of Fame’s new 600,000-square-foot outdoor pavilion. 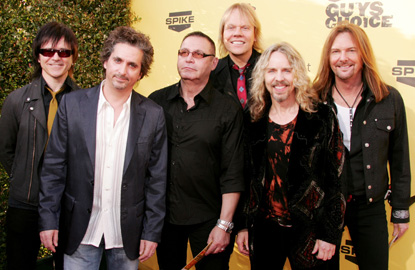 Grand Design at its Monday night party at Furrion’s facility near the Hall of Fame will showcase Train, a 26-year-old San Francisco-based rock band that achieved mainstream success with the 1998 release of Billboard Hot 100 hit “Meet Virginia” plus other singles like “Drops of Jupiter,” “Hey Soul Sister,” and “Marry Me.”

Dealers converging on Forest River’s East to West campus on Tuesday evening will get a retro look at Styx, a 1972 vintage, multi-platinum rock band known for hits like “Come Sail Away” and “Mr. Roboto.” Then, award-winning artist Big & Rich steps up on Wednesday night for Forest River, which also plans to give away a service truck in a dealer-only raffle.

Thor will again hold a drawing through which a winning dealer picks from among three cars, four trailers and a Bennington pontoon boat.

Obviously, this all tends to inject an air of celebrity and fun into an Open House audience of out-of-town dealers from throughout the U.S. and Canada who typically spend about 3 1/2 days checking out new models while reportedly spending in excess of a billion dollars during Open House week. “No question,” Forest River President and CEO Pete Liegl told RVBUSINESS.com. “I’m going to say with the kind of dollars people are spending on entertainment, it should upgrade the situation.”

Raising the bar to some extent, of course, is Urban, a world-class C&W star for whom preparations – no holds barred — were well underway this past weekend. “This is a full Keith Urban concert,” said Renee Jones, Thor’s senior marketing director. “So, this was a full concert that you would see if you went to a stadium or a festival. The stage has 60-foot video screens on either side so there’s not a bad seat in the house. Everyone that will be in attendance is getting truly a private Keith Urban concert. And nothing against what anyone else is doing, we didn’t hire a band and put them in a warehouse.”

“For us, we really looked at this year just to be a little bit different,” added Thor President and CEO Bob Martin. “It’s our 10-year anniversary. And as we looked at the success of the Open House and with the grounds at the RV Hall of Fame being totally remodeled and having the new venue, we really talked about doing something fun, big for the dealers. And for entertainment, when we looked at the options and their respective schedules, he’s (Keith Urban) the one that just jumped out to us that really kind of fits the demographic and core values of our dealer.

“He’s just a really good guy,” added Martin. “He’s country, but he can also play other genres of music and he’s pretty diverse in what he does and he’s very popular.”