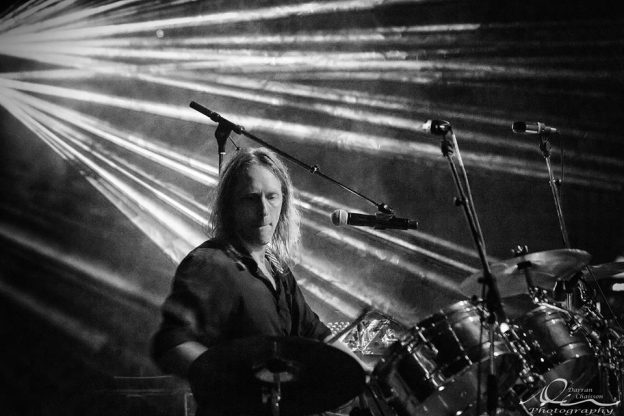 Vancouver Island, British Columbia – May 15, 2020 – Music has been a part of Ermter’s life since before he could remember. From his dad’s country records to his mom humming along to jazz to his siblings constantly filling their hallways with rock and roll; every second of his life is linked to a musical memory and for that, he’s grateful. Coming from a house as mixed matched in genre as a record store, led Ermter realizing that he could easily glide between styles. From a rock/funk band to his latest endeavors in hip hop, he’s nonstop.

Based on memories and stories of his childhood, Ermter set out on a new hip hop project. A new landscape for him, he’s continuing where he left off with 2012’s ‘Ever On The Side Of Right.’ He went introspective with this release, examining not only his life, but also compared it to the world 30-40 years ago, and explores what the future holds for not only himself but the world as a whole. He’s already released two tracks as a sneak preview of what’s to come from the LP that will drop later this year; ‘Is There Any Way To Change The World.’

Ermter has been writing, performing, and recording for over three decades now. With each new change in the world, he’s adapted and continued to move forward as he explored new musical possibilities for himself, which has led to many new projects like Deborah Pitre, Eagle Eyes and Camel Juice. Even so, he never really ventured out as a solo artist.

“This is a chance to really do something on my own. I have always played with amazing musicians and still have three great bands on the go but I’ve never fully explored me as a solo artist, let alone in the hip hop genre. So I’m taking a giant step out onto the limb till it breaks,” Ermter notes.

Those interested in adding new music to their playlists, premiering Ermter’s music in the future, or interviewing him for their podcast, site, or radio show can reach out via the information provided below.

About:
Ermter is proud to announce he has released two new tracks promoting his new hip hop album ‘Is There Any Way To Change The World’ coming late 2020.