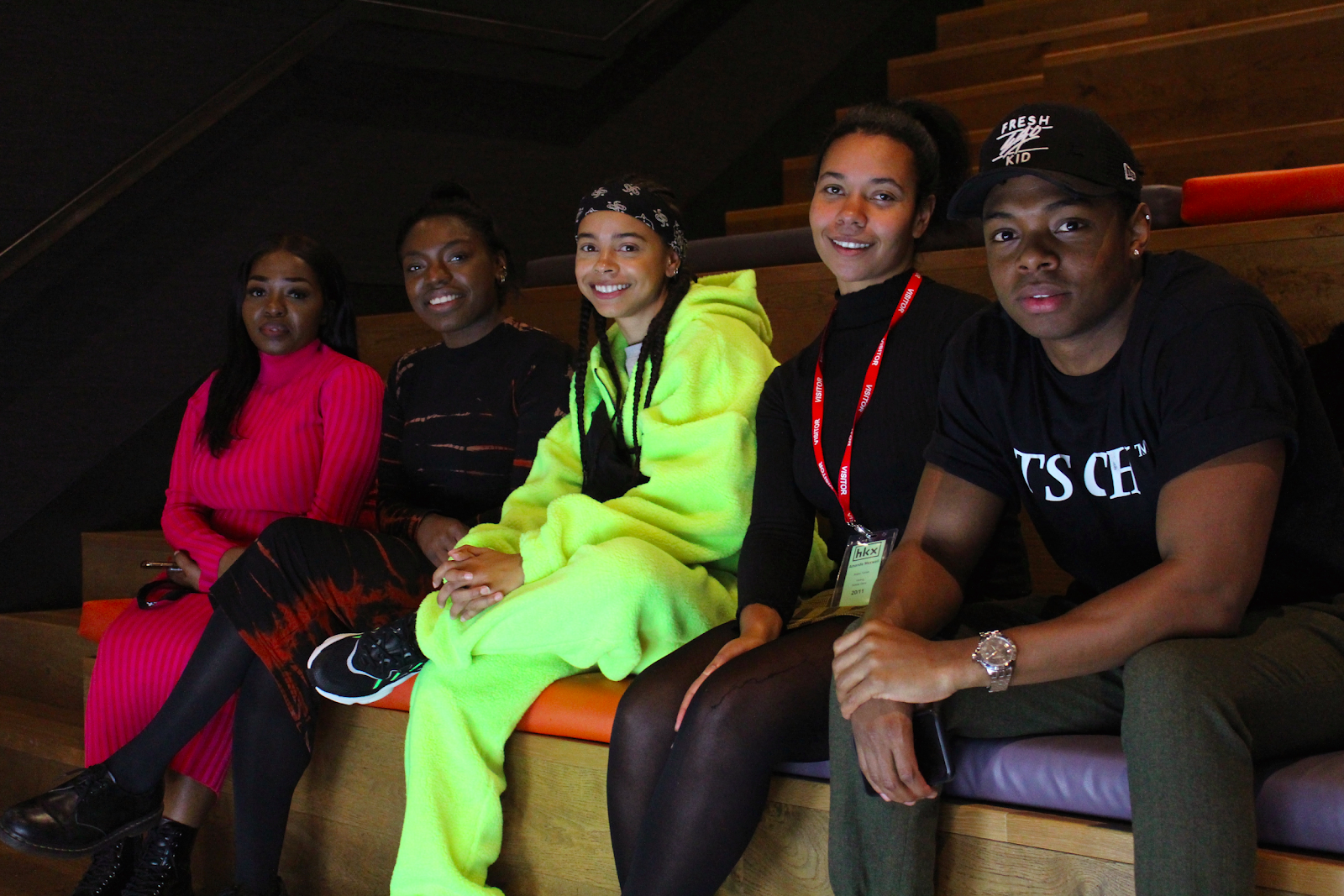 Pitch & Sync, a music and sound agency, joined forces with Havas last week to present Make Noise, an evening of discussion around how adland can take more diverse music choices. I know what you’re thinking: “But Black History Month was last month! And what about the Ikea Christmas advert (pictured, above)? Surely, that’s enough?” Unfortunately not.

While the inclusion of grime legend D Double E in Ikea’s Christmas campaign is certainly a step in the right direction, it still feels like there’s more to be done. For every Ikea, there’s a JD Sports – a campaign that on first glance would seem to be inclusive, featuring the crème de la crème of black British culture, featuring Big Shaq and Maya Jama to name a few. However, as a dark-skinned black woman, the exclusion of any faces that seem to resemble mine seems glaringly obvious and seems to imply that there really isn’t a place for me, at least in the mainstream.

This is why Pitch & Sync decided to set up Make Noise: make a real racket about how advertising should be more intersectional in its outlook and how music can be used to do so.

Joined on the evening by artist manager and co-director of Shesaid.so London Amanda Maxwell, A&R manager and co-founder of Strawberries & Creem Festival Preye Crooks, electronic DJ and producer TSHA and Havas assistant producer Sihle Khuzwayo, we thought it prudent to highlight some key takeaways from the discussion, as well as handy tips for brands to better reflect an increasingly diverse society.

We all know that conversations about inequality, particularly race and ethnicity, aren’t the easiest to navigate. Executives often cower at the mere mention of the word “black”. We’re told not to “turn everything into a race issue”, yet if you and others who look like you are being ignored or misrepresented, unfortunately making race into an “issue” is the only option in order for any change to be enacted.

“We need to have an open discussion,” Crooks argued. “We need to be asking the right questions collectively.” Ask yourself: when was the last time you talked about race with someone of another race? If you can’t remember, then that needs to change if you want to be more representative.

Attempts at being more diverse in your creative output are futile without the issues of inequality being addressed first.

Think of it this way – if you feel uncomfortable with the mention of race, how do you think that ethnic minorities feel when stereotypes and generalisations are made consistently about them on a daily basis?

It’s imperative that the type of language that is coded or indicative of historical stereotypes or moral panics is eradicated in order to represent not only audiences but the music itself in the most accurate light.

There are reasons why some black people are offended by the umbrella term “urban” or by grime being described as “gritty” or “aggressive”, and the only way to unpack this is to have a frank and open dialogue. Black musicians are homogenised more often than not in music briefs, intentionally or not. They’re not afforded the same amount of nuance or depth than many white musicians.

“People don’t like the term ‘black music’, so they use ‘urban’ instead to encompass everything to do with our world and our culture, despite the often negative connotations,” Crooks explained. “I think it’s a complex topic and it’s something that, as an industry, we need to work on and improve.”

On the topic of generalisations, the issue of authenticity was one that ran throughout the panel discussion, with all speakers pointing to this as a key aspect to tap into in order for a campaign to be successful.

“With Ikea using D Double E, there’s a history to that, as the head of marketing and the creative are both black, so there’s a mutual understanding there,” Khuzwayo pointed out. “The ad is great, as you can tell that it’s still homeware that’s being advertised, yet they still incorporated D Double E and his signature wordplay. It showed that they actually understood the artist they were working with.”

Given the success of the Ikea ad, should more ads use grime artists? Well, not exactly.

“There’s always that danger of exploitation, that’s why it always comes down to authenticity,” Khuzwayo continued. “If it doesn’t make sense, then there’s more harm in doing it, as it just perpetuates stereotypes and also leads to disconnect from the brand and its values. If you don’t know, then do your research or just ask – or else archaic attitudes will persist.”

Authenticity is not only key when it comes to responding to audiences or staying true to a genre, but also when it comes to working with the artists themselves. TSHA, for instance, sounds much more in the league of Floating Points than Stefflon Don, but this hasn’t stopped brands from trying to misrepresent her.

“I often get people saying that it’s so great that no-one looks like me who is doing my music,” TSHA revealed. “Which can be good as it can open doors and get people excited, but then I don’t want to be a token or novelty, as I want people to take my music seriously as opposed to how marketable I might be.”

Maxwell added to this, alluding to the awareness of intersectionality as merely a starting point. “Brands have cottoned on to the fact that everyone can be used to achieve branding,” she said. “Brands need to be authentic to who they are trying to represent, rather than jumping on a bandwagon – and we’re becoming much more aware of what is authentic and what’s not.”

4 Hire teams who reflect your audience

This should really be a given. For TSHA, the point about minding your language would be redundant if the teams were actually diverse in the first place. “You need a diverse team,” she stated. “Mistakes are made and the wrong language is used where there is no-one there to actually call it out.”

For Khuzwayo, making teams diverse really isn’t as hard as some make it out to be. “The talent is out there, so you can hire diverse employees from every type of background,” she pointed out. “We need to reflect society in the boardrooms and not just at junior level. Obviously, with experience comes knowledge, but you’re either training people to get to a higher position, you’re going to find them externally or you’re utilising the people that are already there and making sure their voices are heard.”

While the role of strategists and market research is incredibly important when responding to a target audience, a more nuanced approach is often needed to tap into minority demographics. Maxwell pointed to her work with Boiler Room that, in recent years, has teamed up with organisations such as Pxssy Palace and BBZ to address the lack of safe spaces for queer ethnic-minority people in nightlife spaces. For Boiler Room, outreach was key.

“The CEO was aware of [Boiler Room’s] position as a market leader and that audiences would take notice of any of our initiatives,” Maxwell said. “We spent a few years trying to figure out how to shift yet remain authentic and build a rapport with marginalised communities of club goers. A lot of that was outreach and understanding what that community really needs. That’s the groundwork that these brands need to do.”

Even with your findings, stop to consider the history and influences of the mainstream, as they likely go much deeper and are more diverse than you would think at first glance. “Black people are never a high enough percentage to be considered when strategists present their research,” Khuzwayo pointed out. “Yet, we influence so much of the culture around us and across other demographics. Numbers and market research are only going to give you so much. It’s not until you meet people and have these sorts of conversations that you get a deeper understanding.”

So put down those calculators, pads and pens, get out there and “make noise”.

Jumi Akinfenwa is music supervisor at Pitch & Sync and vice-chair of the intersectionality committee at Shesaid.so