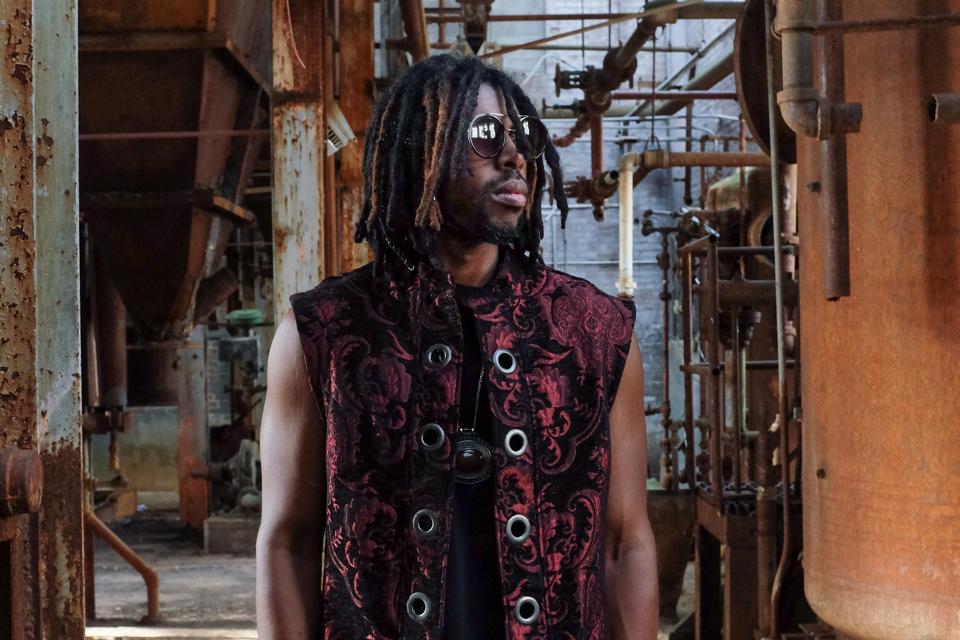 If you’ve ever seen Flying Lotus live, he’s typically alone, grooving onstage behind his gear and in front of massive video screens. Yet to Steven Ellison, the man behind the moniker, his popular electronic music project is a far more collaborative effort.

“We’re kind of a band in a way,” he says. “There’s all these elements that I like to have as part of the tapestry if I can.”

To achieve that dynamic, Ellison regularly works with a handful of trusted jazz musicians to put together his albums. That tradition includes last year’s critically-acclaimed Flamagra, first released in May of 2019 via Warp Records. Featuring performances by players including Stephen “Thundercat” Bruner, Brandon Coleman and Miguel Atwood Ferguson, that vocal-heavy full-length has been followed up a year later with a corresponding instrumental version to better highlight the musical performances. Lush and futuristic, these recordings now appear as a standalone album in CD, digital download and limited edition double-vinyl formats, as well as part of a deluxe Flamagra edition bundled with the original on streaming platforms.

“It still feels like my family,” Ellison says of the players he keeps coming back to when making his albums, as well as for releases via his own Brainfeeder record label. “All of these contributors are what makes Flying Lotus.”

Was it originally your intention to do a corresponding instrumental release for Flamagra or did that idea come later?

I always knew that I would do it. It was just a matter of when. I remember my head space when I was putting that record out. I was so focused on the actual experience that I was crafting that I didn’t want to take away from that by just being like, alright, here’s the instrumentals. I really wanted people to take a second to digest my vision first. Now enough time has passed that I feel okay with this letting it be this in this form. I also wish I could put the acapellas out, but that’s not possible.

You had all these great vocal collaborators on Flamagra originally. As you were stripping them out for this release, was there anything that you noticed or rediscovered about the songs?

I find that it’s a little bit easier to focus on the actual music. I love the instruments and I love the players, all the people wrote on the record. I think it’s so nice to be able to kind of let them have the forefront, let the music takes the forefront instead of the vocalists, the features. That stuff always gets a little annoying to me. I think so much emphasis is put on the who’s who, not so much as like the actual work, you know?People always say in hip hop it’s like, oh his record’s come out ? Who else is on it? Or at Coachella, people that have performed and like, who did they bring out? It’s not always about the features. I also think that it’s nice to just let the musicians have a little shine.

To put the album in a jazz context, you’re the bandleader here. How are you able to convey to these players many of whom you’ve worked with for years, what you’re looking from them performance-wise?

I think oftentimes the foundation is there before I invite anyone else to do anything. The groundwork has already kind of laid out; by the time I have someone come play, I usually know what I need. So I’ll have sessions where I’m filling in the gaps. It’s a bit of trial and error and, a lot of times—most of the time—they bring something that I didn’t expect. I always ask people to shoot from the hip. What would you do if I didn’t say anything? What would be your first instinct? The bandleader thing, it just evolved into that kind of style.

I really do try to keep the same musicians and sounds. I try to keep musical and audio motifs with all of my records. I like to do that, and hopefully people notice more of that stuff this time around.

You’ve worked extensively with Thundercat over the years. You executive produced his new album It Is What It Is for Brainfeeder. What were you hoping to accomplish together with him in that capacity?

I think we just always want to be growing and pushing each other, pushing forward and not repeating ourselves. That’s always the goal. I feel like I can make honest assessments of things. Like, if we did it this way, this is the journey that you’ve been on since the last album. Do your thing here. Maybe these things are fun, but maybe it’s not as honest or not as important to be told. We kinda keep tabs on each other in that way. Helping shape his story, that’s part of my contribution to his work.

In turn, as he’s featured on several of your albums, what does Thundercat bring that works so well with your sound?

Aside from the awesome bass playing, he challenges me. He pushes me to be a better musician. I’ve always been a producer, but when I started working with him, he really made me a musician. He helped me find my voice, my instrument, in that way. He’s always kind a person to aspire to. He has such proficiency in the instrument. I know him so well that doesn’t feel like it’s impossible to get to that in my playing.

Did the pandemic interrupt any touring plans that you were going to do around this Flamagra instrumentals release?

Oh man, yeah. I was supposed to play the Hollywood Bowl this summer with an orchestra, which would’ve been really cool. Hopefully that still happens some other time. But it’s not just me though. So many people have been affected by this thing.

Right, right. The guys who played on the record, so many of them are jazz players. Session work and live work is so critical.

Exactly. To be honest, how long can we slow without doing gigs? And then trying to figure out how to get paid from live streaming exactly. And not be naked.

How has the pandemic interrupted promotional plans for Brainfeeder going forward this year?

For sure it’s affected Thundercat’s campaign so much. He was supposed to have a huge world tour after his album dropped. All of it’s been canceled. But I think, no matter whenever it happens, it’ll be fine. People will be excited for him to come out. It might even be better later on, just people having known his record a bit more, build the anticipation. Hopefully, it’ll be a positive thing.