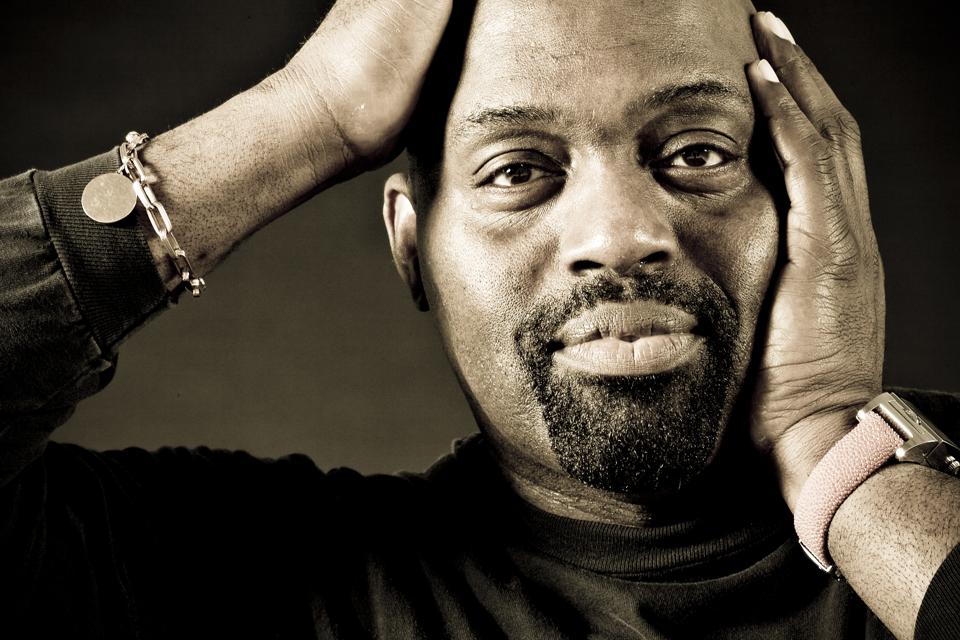 “In 1977 Frankie moved to Chicago to reign over the turntables at the Warehouse for the next five years. If those walls could talk, the stories they would tell, they would tell of all the journeys that Frankie took his loyal congregation of spirits to each early Sunday morning. Dancing spirits, moving about freely and reaching new realities they would only travel to by going to the Warehouse and being uplifted by the Godfather’s musical beats.” Randy Crumpton Esq.

Attorney Randy Crumpton had a powerful way with words, both in and out of the courtroom. A tireless supporter of the arts, particularly within the African American community in his hometown of Chicago, Crumpton was a socialite, mentor and master connector. He advised his dear friend Frankie Knuckles on legal matters, helped preserve his massive vinyl collection and co-founded the Frankie Knuckles Foundation.

Crumpton passed away in January of this year, but 15 years ago he had a pivotal role in celebrating the immense legacy of DJ and producer Knuckles, the man dubbed the “Godfather of House Music,” while they were both still alive. 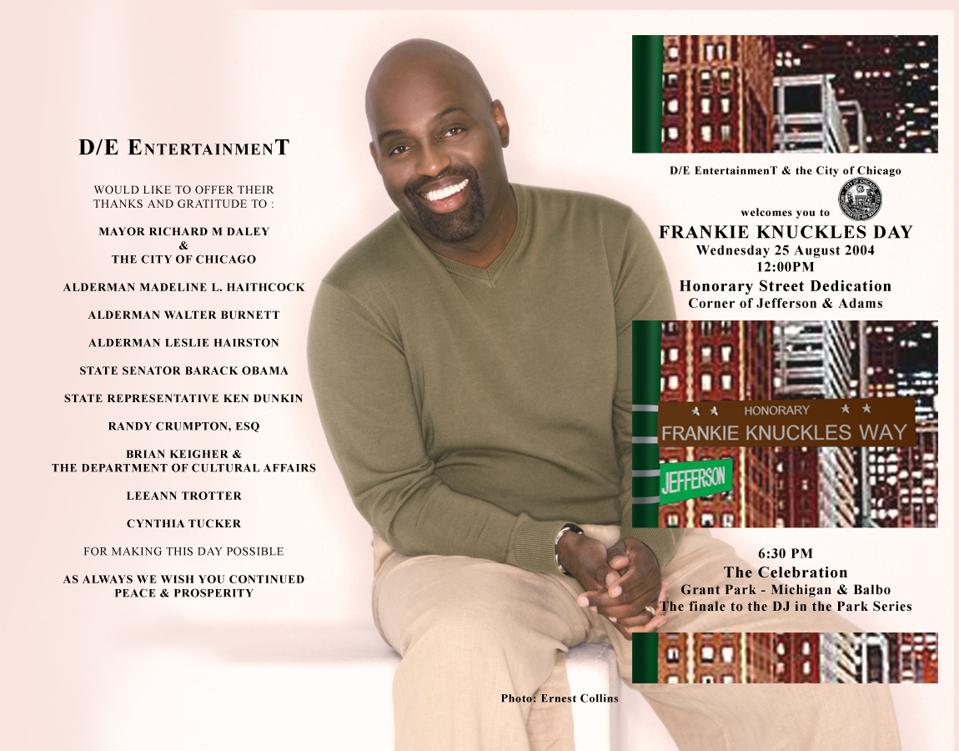 In 2004 the city council of Chicago, Illinois, formally declared the 25th August to be Frankie Knuckles Day. It was the brainchild of Former Alderwoman Madeline Haithcock, Alderman Walter Burnett and Former State Representative Ken Dunkin, and was strongly supported by a future United States President Barack Obama, at the time an Illinois state senator. The inaugural ceremony took place at midday on the stretch of Jefferson St where the Warehouse Nightclub still stands. The term “house music” was an abbreviation of “Warehouse music,” referring to the distinctive records that Knuckles would play to a crowd of mostly gay black and Latino men as the resident DJ at the venue. 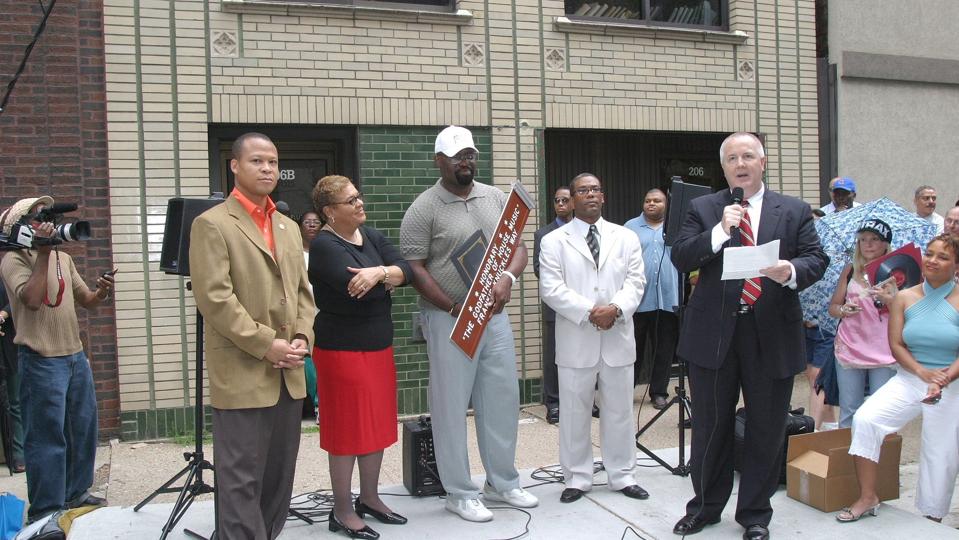 Former Mayor Richard M. Daley read a proclamation, and the street was renamed “Honorary Frankie Knuckles Way.” Later that evening Knuckles played a DJ set in Grant Park, where thousands danced despite the rain. Crumpton’s dedication in the program of the day captured the beauty and magnitude of what Knuckles had accomplished.

“And throughout the night you would hear the thunderous approval of the music from the crowd as they chanted, Frankie! Frankie! Frankie! Of course the Godfather would respond with a beat even funkier, sending the crowd into a greater frenzy. Emotions were high and it was as if Frankie had the pulse of everyone’s heartbeat and was playing them like a piano. We laughed. We cried. We shouted. And laughed again. The music spoke to us and for us. And we rejoiced in it. Our bodies moving uncontrollably to the same beat. We were gone.” Randy Crumpton Esq. 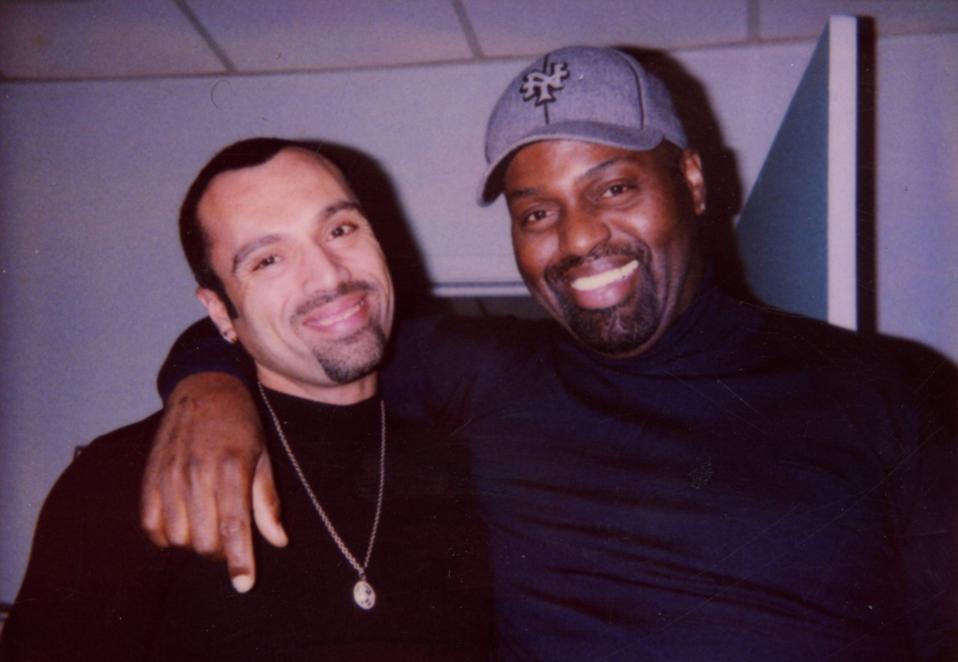 One of Knuckles’ closest collaborators was master multi-instrumentalist and producer Eric Kupper. They worked together from the late ’80s right up until Knuckles’ untimely passing in March 2014. Kupper talks with great warmth about their remarkable time together, starting with the exact time and place they first met: “Quad Recording Studios in NYC on May 25, 1989.” Kupper had been hired for the first time by producer David Morales as a keyboardist for a couple of recording sessions. “We clicked, the sessions went well, and David brought me in to play on a remix he was working on together with Frankie.”

Kupper worked initially as a keyboardist on some remixes but was soon co-writing and working more intensely with Knuckles. “He brought me in to co-write some of the material. From there, Frankie got a record deal, and he came over to my home studio to do some writing. We wrote a track called “Workout” that made it to his album.” 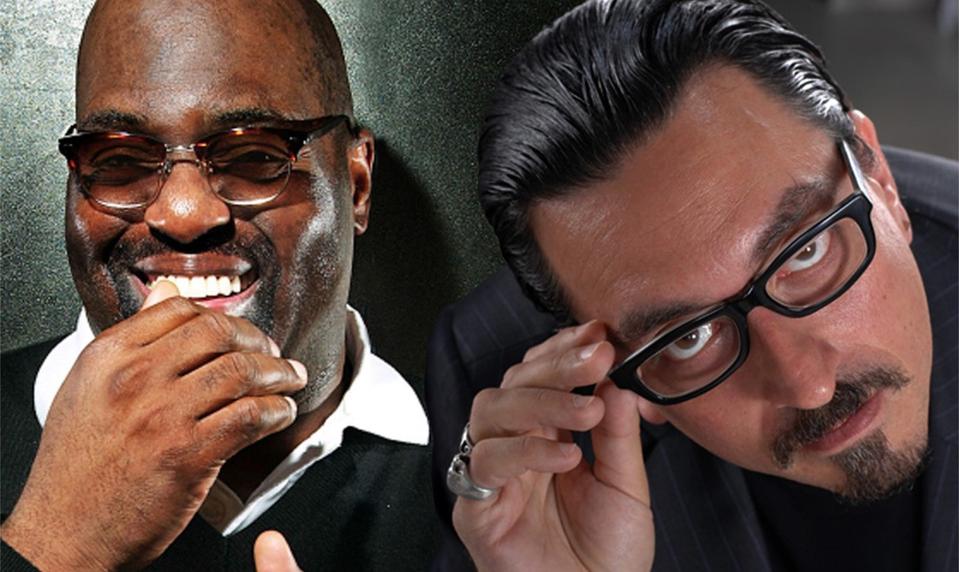 Frankie Knuckles and Eric Kupper aka The Directors Cut

Knuckles’ debut album Beyond the Mix contained what many would consider to be his seminal work, “The Whistle Song.” Kupper reveals that the track came from a demo tape which was thankfully left unfinished. “The same day I slipped him a cassette with the demo of ‘The Whistle Song’ which he took an immediate liking to. His original intention was to write lyrics and put a singer on it. I had written it just after hearing Frankie DJ for the first time. Well, Frankie had transferred the cassette I had given him to reel to reel tape and began playing it at the Sound Factory in NYC. The crowd responded quite favourably to the track; they came up to the DJ booth asking ‘What is that whistle song you’ve been playing?’ So, the song was named by those on the dance floor, and we left it as an instrumental.” 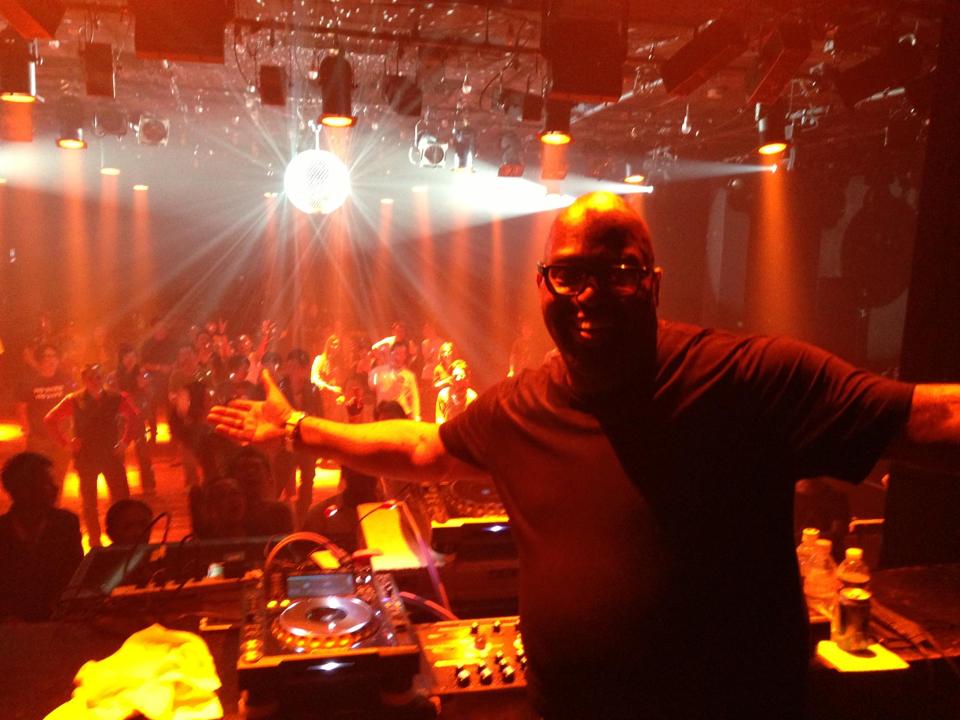 It was a thrilling time he recalls, name-checking the leading lights of the early house music scene. “Influential DJ’s were starting to produce records, usually aimed at their particular crowd. It was a very organic scenario. We were just making records we liked. In NYC, you had Frankie (after he returned from Chicago), David Morales, Robert Clivillés, Shep Pettibone, Mark Kamins, Junior Vasquez, amongst others. In Chicago, you had Marshall Jefferson, Steve Hurley, Maurice Joshua, Jesse Saunders, and many others. Not to mention the early Techno stuff that was coming from Detroit from producers like Derrick May and Kevin Saunderson.” 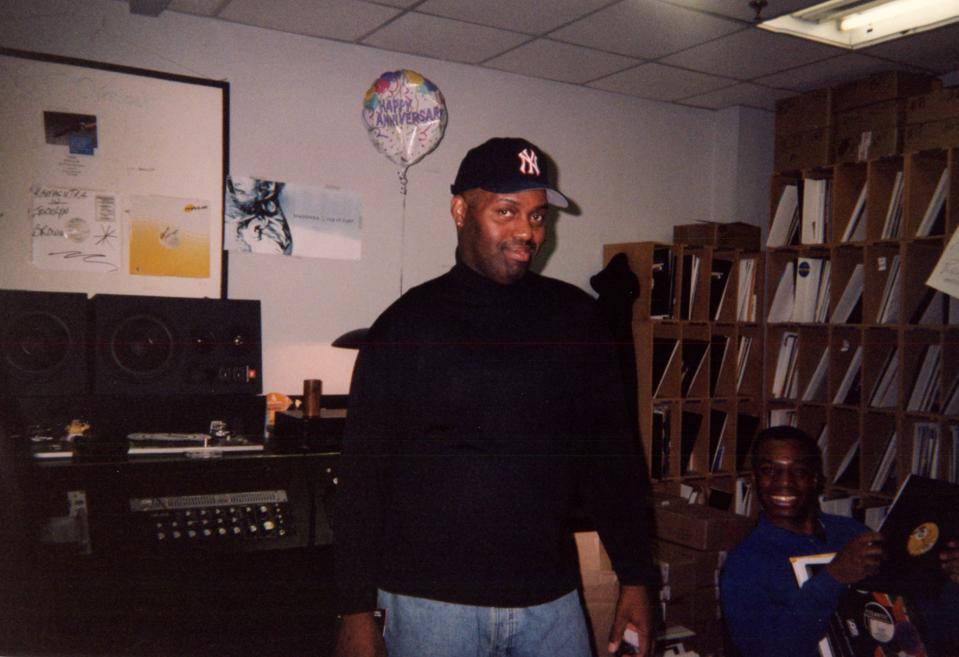 Courtesy of the Frankie Knuckles FoundationEDM In The U.S.A.

House music remained an underground phenomenon in the U.S. for many decades, Kupper explains. “It was just too raw, too intense, too progressive for many people to understand at the time, given the more popular music of that era. It was also at a transitional time for music, where electronics were being used more and more as technology progressed.” It wasn’t until Daft Punk’s seminal performance at Coachella in 2006 that dance music started to break through to the mainstream. A house-pop-dubstep hybrid known as Electronic Dance Music (EDM) went on to capture the imagination of the American public. Kupper is not a fan of the genre, he confides. “Even though much of what we now call EDM is not to my taste, I’m not at all mad at its existence. It generally appeals to a very young more commercial crowd, and/or people who were not previously exposed to house music. I see it as sort of a gateway to other more ‘mature’ styles of house music.”

Comparing the modern EDM scene with the halcyon days of the Warehouse, Kupper wonders what the “EDM Bros” of today would have made of the customer service. “Some might have wished that there was bottle service back then, and bottles of champagne being brought to tables with a bevy of hot waitresses carrying sparklers. That didn’t exist in those days I’m glad to say. It was truly about the music, the diversity, and the experience.” 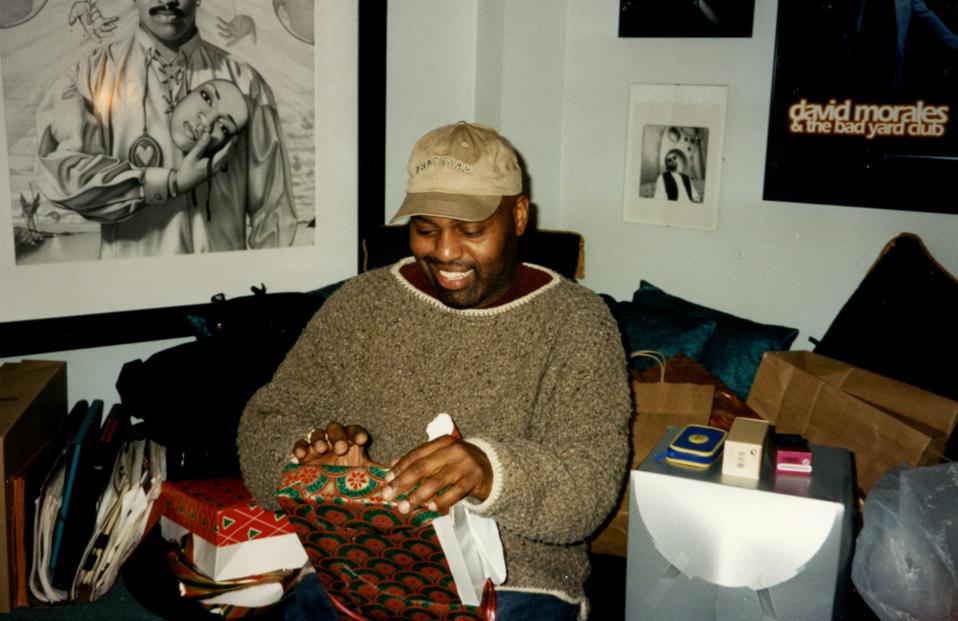 A collection of Kupper’s work with Knuckles is being released next month in collaboration with The Frankie Knuckles Foundation, which focuses on music in schools, LGBTQ youth homelessness, AIDS research and prevention, and diabetes research and education. “The Directors Cut Collection Part II” will be released by Sosure on vinyl, and contains a previously unreleased version of the Philly Soul classic “You’ll Never Find Another Love Like Mine” by Lou Rawls. 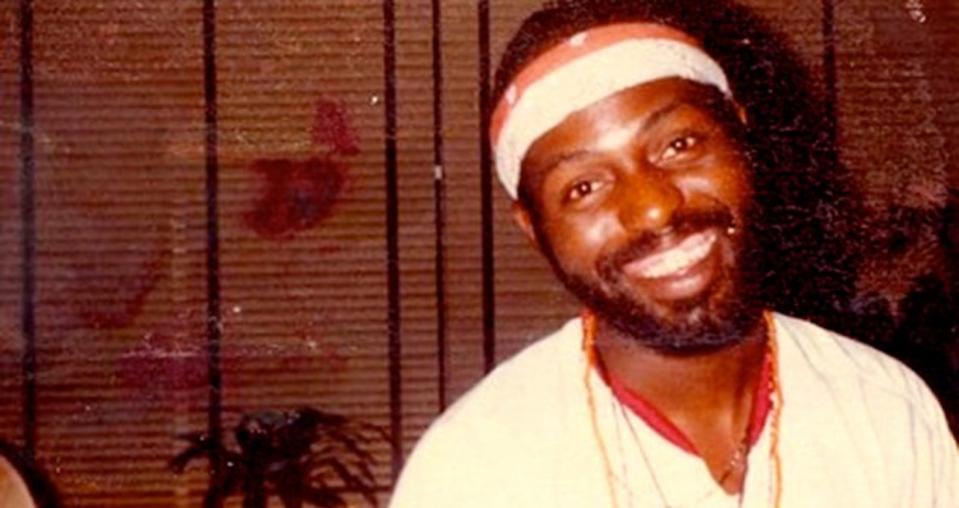 As the 15th Frankie Knuckles Day draws to a close, it is fitting to remember Randy Crumpton’s words from the first event once more.

“Thank you for being unwavering in your love for music and being gracious enough to share your love with us, your adoring and enduring family, friends and fans. Thank you for challenging us to seek new realities and to continue growing as people. While we stop today to acknowledge and celebrate your contributions to house music and our past, we look towards the future and using our past as a Foundation for establishing a new reality. Happy Frankie Knuckles Day!”