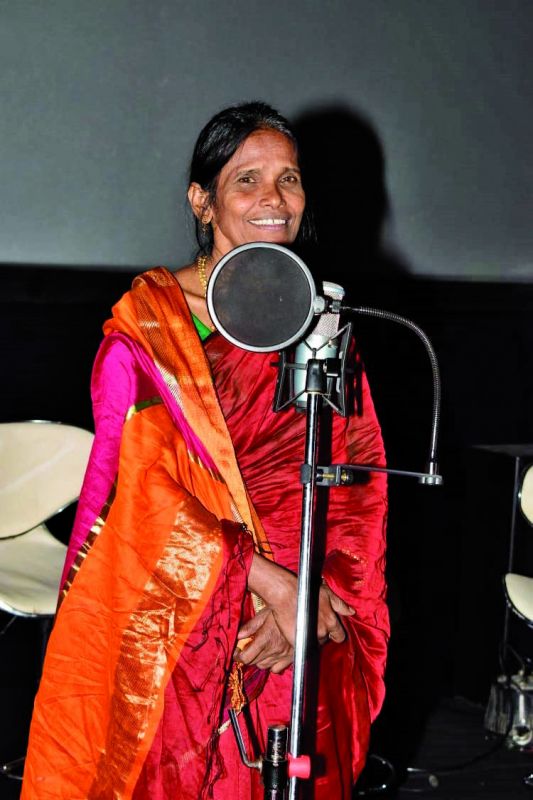 Himesh Reshammiya reveals that newcomer singer Ranu Mondal is taking lessons from his father, who is also his guru.

Musician-turned-actor Himesh Reshammiya has also taken on the role of mentor to up and coming singer Ranu Mondal. The internet sensation’s collaboration with Himesh for the upcoming film Happy, Hardy And Heer has finally dropped on YouTube, and while Himesh is excited about the collaboration he hopes that people don’t misuse the Ranu going ahead.

“Her voice is very raw and fresh and I felt from within that she deserves to be in this industry and deserves this break. I felt she had the right voice for this song, and that it was all designed like that. I am no one to make or break anyone’s career, it was in her destiny and that’s what happened. I don’t take any credit to make her a brand,” he says. He further adds: “I am not handling her career, I am just here to guide her. According to me, she should work with everybody. She should select songs that would suit her voice. People should not run after her now because she is a brand. She needs guidance right now. People should not misuse her brand.”

Ranu’s talent was discovered just a few weeks ago, when a video of her singing Lata Mangeshkar’s evergreen song Ek Pyaar Ka Nagma Hai on a railway platform went viral online. This caught the attention of many, but Himesh chose to launch her. The singer reveals his father had a huge role when it came to polishing these raw singers’ skills. “I have learnt everything about music from my dad and he is my guru. He has always taught me to make music that is simple in terms of listening. So I used everything I have learnt from my dad and tried all those techniques on her. I made my dad listen to her voice as well, and now she is taking lessons from him. My father is damn good with singers,” he explains.

Himesh, who has been trolled and criticised right from his debut film, says that people have just not accepted him yet. “I have proved myself when it comes to music, but when it comes to acting I somewhere feel that people have not completely accepted me as a performer. I am just trying. As an actor they were not treating me as a newcomer when I started off, they treated me as a brand, and that was the truth,” he says, adding that he is trying his best to reinvent himself as an actor. “Now it is up to the audience to decide,” he asserts.

The musician adds that the criticism doesn’t bring him down. “It doesn’t bother me. When I became a singer, my first song Aashiq Banaya Aapne was criticized for being nasal, but it got all the awards, so within three months that perception did change. Something that is new will always elicit criticism. When I became an actor, people were surprised that singers are becoming actors, but now it’s a normal thing. Now people are looking at it differently,” he says in conclusion.