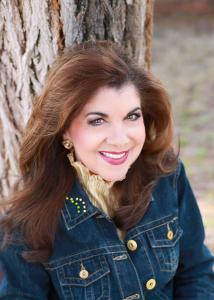 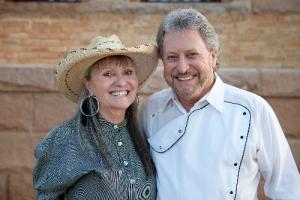 On July 21st, 2018, the Heart of Texas Records Roadshow will take place at the Texas Troubadour Theater in Nashville, TN. Tickets are on sale now.

NASHVILLE, TN, UNITED STATES, June 26, 2018 — Join The Heart of Texas Records Roadshow on July 21, 2018 as they invade Nashville once again with a show full of classic artists and Country Music that has withstood the test of time. This event will take place at the legenday, Texas Troubadour Theater, 2416 Music Valley Drive. Showtime is at 2:00pm featuring Darrell McCall, Tony Booth, Margie Singleton, Jody Miller, Bobby Lewis, Mona McCall, Bobby G. Rice, Diane McCall, Rance Norton, Landon Dodd, Kaye Tolson and perhaps acouple special guests. The Heart of Texas Records Roadshow will be hosted by Tracy Pitcox, who is a member of the Texas Country Disc Jockey Hall of Fame and was the youngest inductee ever to be awarded this honor. This event only comes to Music City once a year and is the one opportunity where
fans can enjoy live performance and meet some of the most influential entertainers and honky tonk heroes. Tickets are only $15.00 in advance or $20.00 at the door and can be purchased at https://www.heartoftexascountry.com.

Darrell McCall is a legendary Texas dance hall entertainer with many hits to his credit including “Dreams of A Dreamer” “It’s The Water” “There’s Still A Lot of Love In San Antone” and his duet with Willie Nelson on “Lily Dale.” His latest album is “Keeping With Tradition.” Darrell’s wife Mona will also join him on stage. Mona released her first album “Memories Love A Melody” eight years ago and is a featured part of the Darrell McCall show.

Tony Booth gained fame by working for Buck Owens as a front man and bass player. He branched out on his own with major hits including “Cinderella” “Keys In The Mailbox” “Close Up The Honkytonks” and “Lonesome 7-7203.” His latest project is titled “Old School.”

Jody Miller is a Grammy Award winning artist for her million selling “Queen of The House.” She has enjoyed tremendous success with her Capitol and Epic recordings of “He’s So Fine” “Baby, I’m Yours” “Home Of The Brave” “There’s A Party Going On” and “Let’s All Go Down To The River.”

Margie Singleton signed a recording contract with Starday Records in 1957 and released her first hit “One Step Nearer To You.” In the 1960’s, enjoyed great success as duet partner with both George Jones and Faron Young. In 1964, she enjoyed a Top Five Hit with “Keeping Up With the Joneses.” She also recorded the first version of “Harper Valley PTA.”

Landon Dodd has enjoyed great success in the Texas Dance Hall circuit. He and his band perform all over the great state of Texas. He has two albums to his credit titled “Call of The Wine” and his new album “What Comes Natural To A Fool.”

Bobby Lewis recorded for United Artists throughout the 1960’s, Lewis garnered chart records with “How Long Has It Been?” “From Heaven To Heartache” and “Hello Mary Lou.” Bobby’s Heart of Texas Release was titled “Then And Now.”

Diane McCall enjoyed initial success by recording for Mega Records and her single of “My Imagination.” She was a featured part of the Charley Louvin roadshow and frequent performer on the Grand Ole Opry stage. She recorded her first full album titled “My Imagination” for Heart of Texas Records.

Bobby G. Rice wrote and recording a song that would become a standard in Country Music. “You Lay So Easy On My Mind” was not only a hit for Rice, but also recorded over 100 times by artists including Loretta Lynn, Conway Twitty, Roy Orbison, Pat Boone, Kenny Price and Bill Anderson. Bobby recorded the album “Down In Texas” for Heart of Texas Records.

Kaye Tolson is one of the newer artists on Heart of Texas Records. A talented musician, she plays bass for many of our Heart of Texas Roadshows. Tolson’s album titled “Share My World” is her first project and features a duet with Justin Trevino.

Joe Rucker has been performing country music since his teenage years. He has worked with many of the greats in the business including Charley Louvin, Jeannie C. Riley and Margie Singleton.

For more information about the Heart of Texas Country Music Association, log on to https://www.heartoftexascountry.com/.