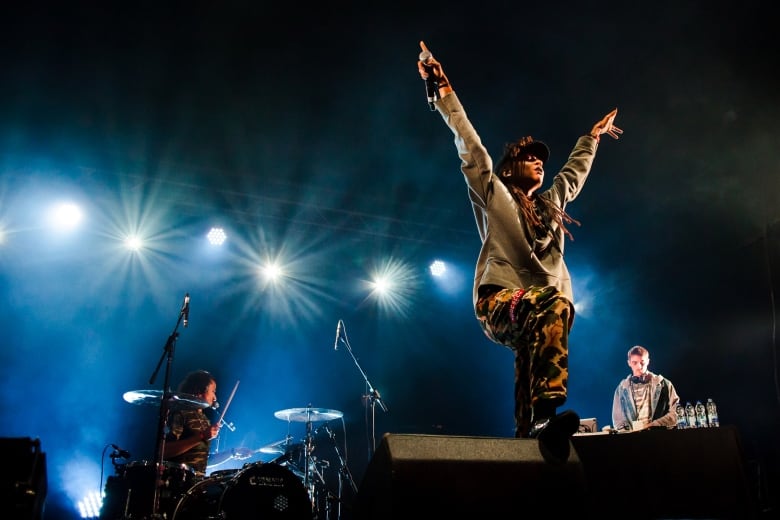 Rouyn-Noranda is a city in Northern Quebec with a population of just over 40,000. The economy of the city was built around a copper mine that closed in the mid-seventies. It is currently home to the world’s largest smelter, a machine that processes copper and precious metals from electronic scrap. On its surface Rouyn-Noranda isn’t the first place you’d expect as a cultural hub, but during the last week of the summer for the past seventeen years the town has hosted an influx of musicians and artists from across the globe for one of Canada’s best and most unique festivals.

FME, Festival de Musique Emergente, animates the city. Bars, restaurants, and art galleries pull double duty as music venues. Secret concerts pop up in unique locations, turning church basements and hidden garages into makeshift stages. Outdoor grandstands are erected highlighting Rouyn-Noranda’s rugged beauty. For the duration of FME the city is enlivened with art, music starts in the afternoon and continues well into the night, with many acts spilling into early morning. During this time the city is swarmed with people. Audiences happily wander the streets, vying to get close to their favourite artists or delightedly taking chances on undiscovered acts.

FME’s co-founder Jenny Thibault says the initial goal of the fest was to champion the independent music scene of their province, proving that top-rate concerts aren’t limited to the big cities.

“We were tired of travelling many hours to Montreal and Toronto to see any bands,” Thibault told CBC Arts. “We had this crazy idea: what if we could get the bands to come to us? We wanted to throw the biggest party in the province, taking advantage of the tourists already visiting the region for its nature. We wanted to celebrate the independent artists that weren’t getting played on the radio or television. The current Quebec independent scene was just emerging and we saw an opportunity to be a part of that.”

The first edition of the fest hosted twenty-two bands. With a limited budget and a lot of hustle the initial FME was a runaway success. For the first ten years of the festival things continued to grow. In its current incarnation FME fills Rouyn-Noranda’s campsites, hotels, and other accommodations to capacity, each year bringing the maximum number of spectators to the area. Thibault is proud of the esteemed reputation FME has gained in the Abitibi-Témiscamingue region of Quebec

“FME is one of the biggest attractions of the region. The local people own the festival. We’ve had people who have volunteered with us since the beginning. They’re very proud of what we’ve all made together…it’s very community oriented.”

The 2019 edition of FME hosted over sixty eclectic musical acts in both French and English. The programing of the festival spanned genres and featured a mix of hip-hop, electronica, indie, metal, and country.

The opening night of FME was headlined by renowned Montreal scratch DJ Kid Koala playing a set he dubbed Vinyl Vaudeville. As Koala spinned hits from Outkast, Daft Punk, and — of all things — Slayer, he was accompanied by projections, puppets, and a slew of dancers. In a standout moment the set featured a marionette walking a tightrope of lasers, much to the delight of an outdoor crowd. Kola’s distinctive concert set the tone for the rest of the weekend, with artists rewarded by the public for taking risks and burgeoning into new territories. A memorable performance from Bonsound‘s P’tit Belliveau wowed the audience by taking their alt-folk outside a traditional venue and playing by a pool. The genre-bending FET.NAT pushed their art rock sound to its limits, playing with vocal samples and saxophones timed out perfectly to drums for one of FME’s premiere sets. 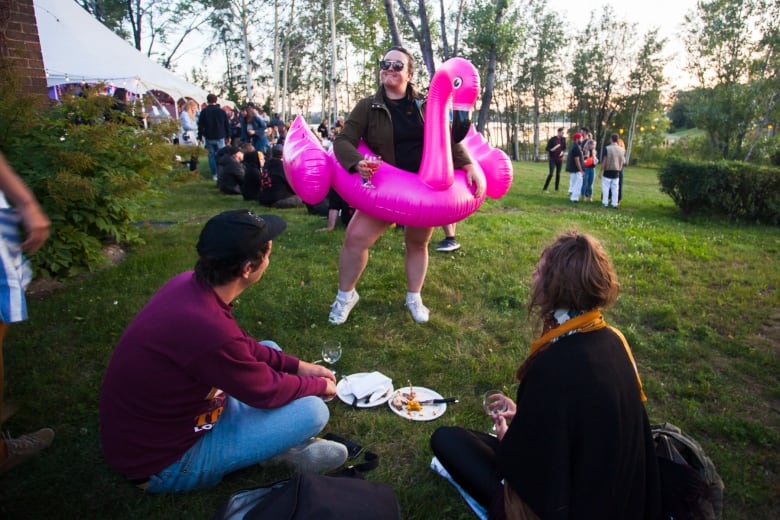 Another major theme of this year’s fest was the organizer’s concerted effort to represent more women on stage. While FME isn’t yet at gender parity for its performers, the year’s best concerts were undeniably by female-identified acts. Swiss rapper KT Gorique had the crowd’s hands in the air from the start of her set, and kept the audience enraptured through out with her lightning fast bars. Emilie Kahn‘s dreamy and emotional pop sounds made melancholy seem romantic for an intimate and attentive audience. La Force — the alias of Ariel Engle, best known for her work with Broken Social Scene — created a sereine soundscape in a subtle and haunting set that thoughtfully covered topics such as postpartum depression.

Wrapping its latest incarnation it’s clear that the core of FME, and a large part of its appeal, remains its organizers’ ability to engage and serve the community and artists of smalltown Rouyn-Noranda. The intimate and independent festival is a welcome change of pace from corporate sponsored festivals that have become the norm in today’s society.