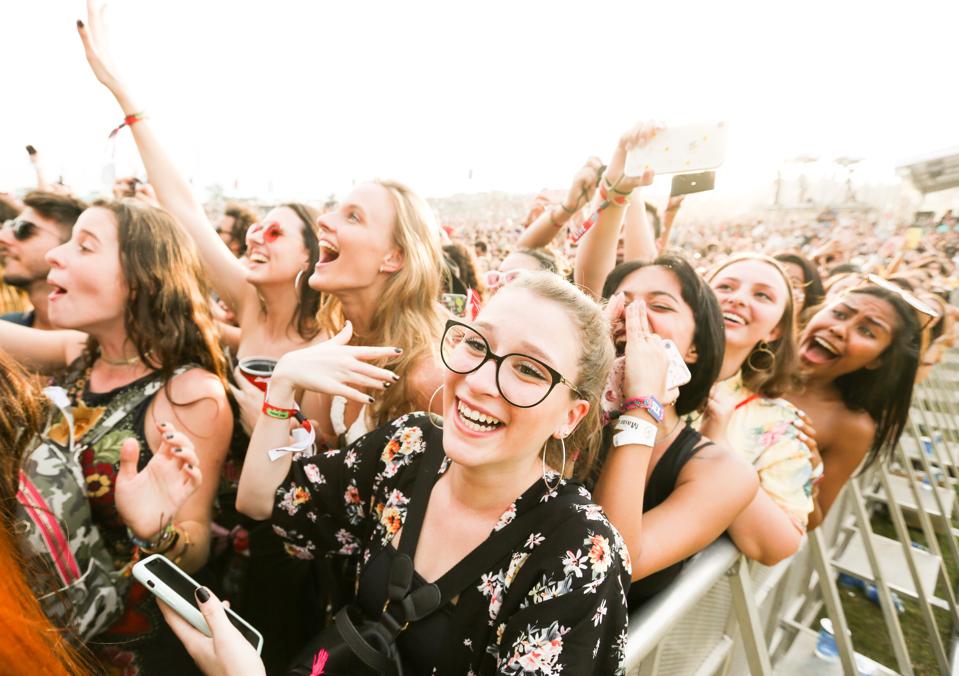 SAO PAULO, BRAZIL – APRIL 05: General view of the audience during the The 1975 concert during the Lollapaloosa Sao Paulo 2019 – Day 1 on April 05, 2019 in Sao Paulo, Brazil. (Photo by Alexandre Schneider/Getty Images)

Over the years, music festivals have become so much more than just about the music. It seems no matter where you turn, there are art installations and brand activations everywhere. While this may frustrate die hard music lovers, there’s no denying the impressive creativity and sense of community each innovation brings to the table.

Earlier this month, in addition to its eight stages and over 170 performances, the iconic Lollapalooza music festival in Chicago received an incredible amount of support from its list of partners. Each one brought a unique part of their brand to the four-day long musical extravaganza leaving festival goers with the most unforgettable moments. (Oh, and tons of swag.)

While free stuff is great, many tend to not use them beyond the festival and other perks such as air-conditioned lounges and intimate artist sets tend to be overcrowded. As a result, one company explored a more direct and practical way to interact with the masses. On top of upgrading several lucky fans with VIP passes, newly launched local eyewear retailer Eyeconic provided attendees with an app that allowed them to easily navigate their way in-between performances throughout the festival. Inspired by Eyeconic, the platform used augmented reality to virtually depict what’s happening on the grounds. Festivals, especially one as big as Lollapalooza, can be overwhelming, but this breath of fresh technology makes the entire experience easier and more manageable.

On another note, Eyeconic also teamed up with Live Nation to amplify their AR Fest Lens technology. The retailer designed one-of-a-kind filters, which was projected on giant screens alongside views of the Chicago skyline. “Music festivals provide an opportunity for us to connect with fans in a way that’s authentic and genuine,” Vaughan emphasized. “We were excited to be the first brand to integrate with Live Nation’s AR Fest Lens. Since music festivals are often experienced in group settings, we wanted to make it easy for fans to capture special moments through our interactive Lollapalooza Spectacle Vision LED tower in the center of Grant Park.”

Both initiatives align with Eyeconic’s mission to make the eyewear purchasing process less of a hassle. “Our goal is to bridge the digital and physical retail experience and work to meet the changing eye care and eyewear needs of our customers,” President of VSP Retail Bill Vaughan explained to Forbes. In an ever-evolving world where people are assuming retail is dead, Eyeconic is simply elevating their brick-and-mortar experience by giving it a more enhanced digital touch. “Tablets will be used in store for demonstration and the customer at their own discretion can use their phones as well. Self-navigation is part of it…there will be a simple flow, there is no POS system and no cash register,” Vaughan previously mentioned to Vision Monday.

Now that another successful year of Lollapalooza is in the bag, here’s to hoping this won’t be the end of the AR collaboration. “We are pleased with our initial activations at Lollapalooza and to that end, we’re exploring a variety of other partnership opportunities within the live music and festival space,” Vaughan shared. As festival season continues, keep an eye out for the retailer.