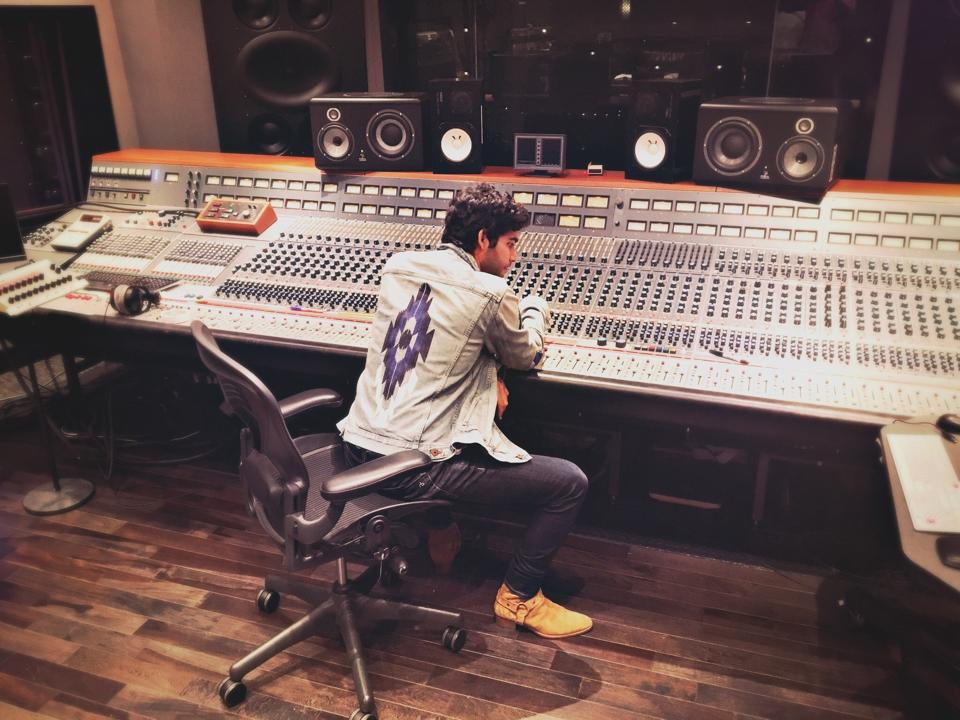 At age 32, Freddy Wexler’s credits look like a Wikipedia entry on the biggest names in the modern music industry. The multiplatinum award-winning songwriter, producer, and executive has written songs that feature Selena Gomez, Kanye West, Pink, Demi Lovato, Post Malone, Lil Wayne, Zayn Malik, Martin Garrix, Steve Aoki, Pusha T, Tiesto, Wyclef Jean, DNCE, Bea Miller, Bridgit Mendler, Celine Dion, and countless others. Wexler has his own Songbook on Apple Music. He has written on four #1 Billboard Albums, and his songs have appeared across countless films and television shows, including Fifty Shades Freed, Dancing with the Stars, American Idol, Grey’s Anatomy, The Bachelorette, The Lying Game, and Wimbledon. When he was just 26, he founded The Brain Music, a 360 music company whose catalogue includes songs by Chance the Rapper, Alicia Keys, Jill Scott, and Dierks Bentley.

But Wexler’s path to success wasn’t easy. He began his career as an intern for Sony Music. After an early record deal went awry, he worked tirelessly for nearly a decade before seeing much reward. “My initial path to success in the music industry wasn’t easy,” he says with a laugh. “I don’t think I took off a weekend for nine years.” Despite facing constant rejection, Wexler stayed focused, and his commitment paid off.

Yet an increased focus on the business side of music took its toll on his creativity, and in 2017, he came head-to-head with his greatest fear: writer’s block. He tried rearranging the furniture in his studio, shifting his hours, and listening to more music, but the inspiration ceased. “I felt like a rock,” says Wexler. “In sessions, I had nothing to give.” 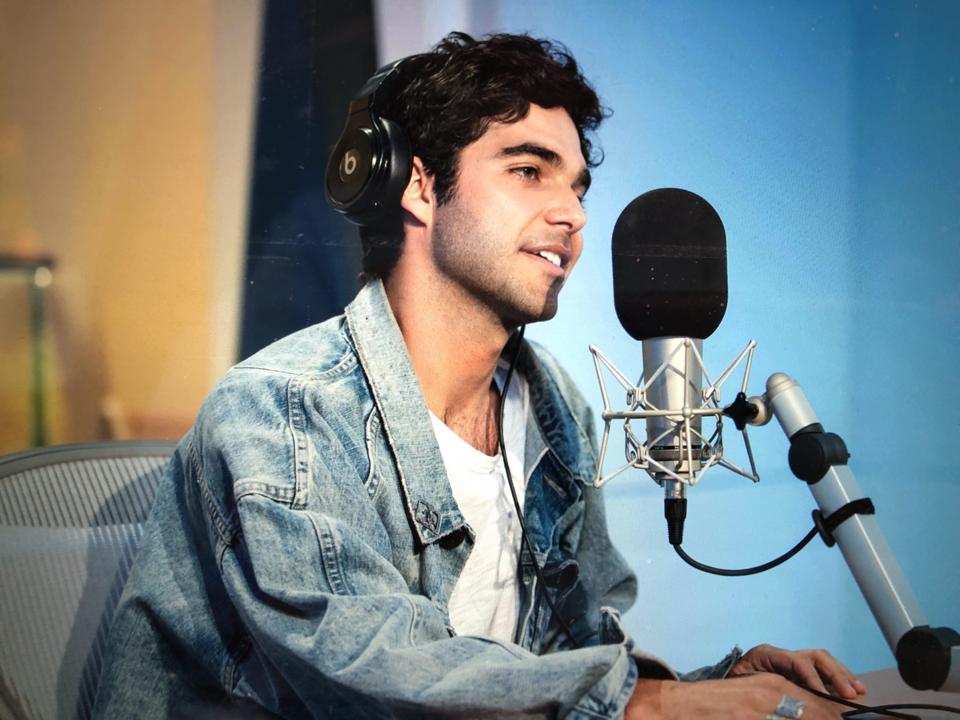 Writing music for himself opened new doors to creativity for Wexler.

It all changed when Wexler’s wife asked him what his songs would sound like if they weren’t written for other artists, but rather for himself. “I hadn’t thought about that since I had been dropped by Virgin Records over a decade earlier, at 19,” he says. “And after writing for other artists all those years, I forgot what I had to say for myself.”

Rediscovering his voice helped Wexler change tunes and reach a new level of creativity. He went from writing and producing for other artists to creating his own material (though he does both now). He began this journey by releasing music that he writes and sings under the moniker Jackson Penn. His first single, “Streetlights on Mars,” immediately caught fire online, and The Fader called it “an addictive pop song.” Today marks the release of his fifth song as Jackson Penn, “My Girl.” The song is all about resisting temptation, and it sounds like a classic hit. Think Frankie Valle crooning over DNCE, and you’re halfway there.

“I didn’t put out my own music until now because I was scared of what people would think. I’m a behind-the-scenes guy, a songwriter! Plus, I’m not 16 anymore,” says Wexler. Well that’s a good thing, because turning 30 gave him a new perspective: “Who cares what people think?” 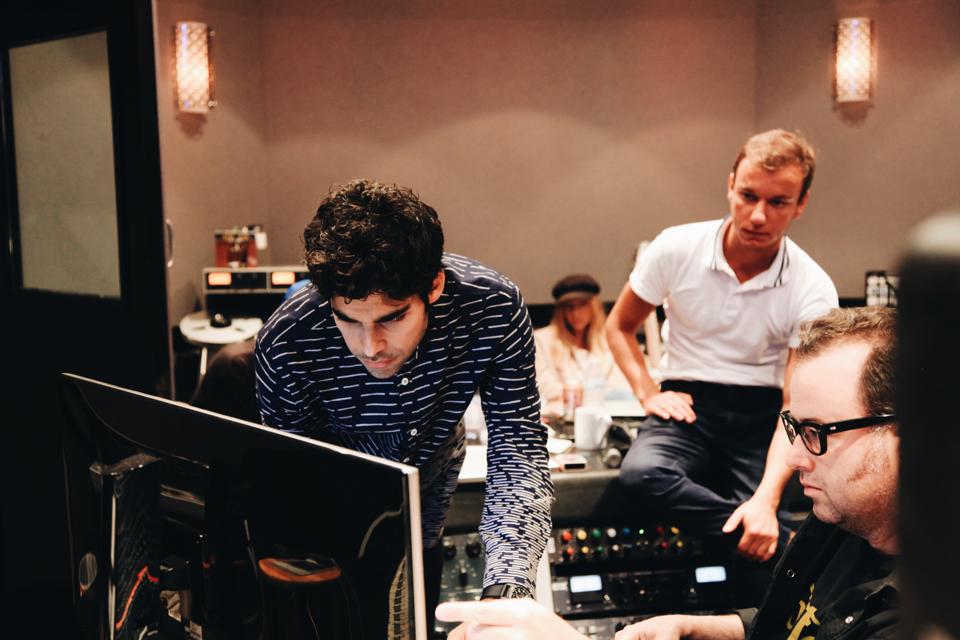 Wexler found it liberating to stop worrying about what other people think.

Citing Oscar Wilde, Wexler realized the best thing he could do was be authentic, and that meant expressing his own feelings, not only those of other artists. He created the character of Jackson Penn to represent his truest self, the child within. In a short time, Jackson Penn’s music has amassed millions of streams and a string of praise. Wexler has even started directing the music videos himself.

One of the keys to his personal transformation, Wexler says, was realizing that no one really cares what you do with your life. That might sound negative, but actually it is very liberating. “When you realize that nobody cares if you leave your industry or go back to school or do whatever it is that you secretly want to do, finding your purpose and living your dream becomes much easier. The beauty of being a creator is things change, passion changes, inspiration strikes in ways you never could have imagined. If you’re fearless, you ride the wave, wherever it takes you,” he says.

What started as a passion project became a driver for Wexler’s businesses. “I became excited about music again, and my imagination came to life in ways I never knew possible.” Indeed, Penn unlocked a new level of creativity for Wexler. “Once I realized that besides creating a song, I could create the artist to sing it, my head sort of exploded. What else can I create?” 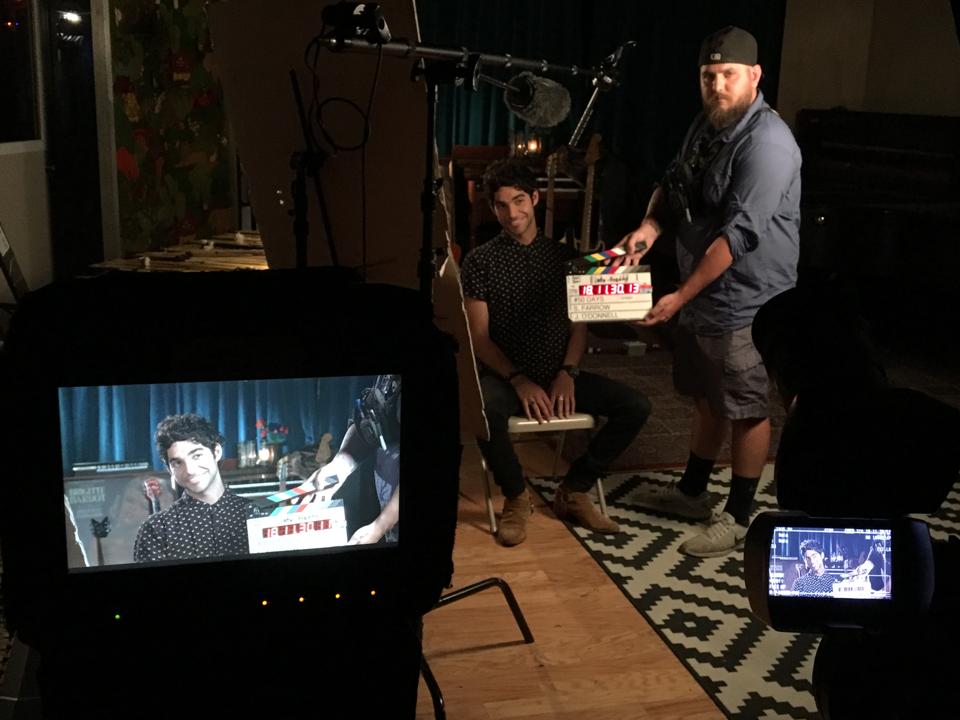 Writing his own music has inspired Wexler to develop other creative projects, including film and TV shows.

In 2018, he started The Freddy Wexler Company, a film and television production company based on his own characters, story ideas and music. “I was a screenwriter before I was a musician, and I’ve always dreamed of building an entertainment company,” he says. In truth, Wexler is quietly involved in so much that it’s hard to keep track. But for him, it all comes from the same place: “I create things—worlds for people to escape into. I love stories and great characters. Jackson Penn is a character, too. He’s the person I always wanted to be.”

Wexler hasn’t stopped writing for other artists, either. In fact, he says his outside songwriting has improved since releasing his own music. He chalks it up to being passionate again. “Everyone has a Jackson Penn inside of them,” Wexler explains. “It’s who you want to be when you grow up. The only thing stopping you is fear. If you want to be something, be it. If you want to get something, get it. Jackson Penn was just a dream until I decided it wasn’t.”

To other people looking to tap into their life purpose, Wexler says, “Don’t worry about anyone else. Think about what makes you happy, what inspires you. Once you’ve identified that, figure out how to get paid doing it. It’s never too late to make a change in your life or your career. If you’re a banker who wants to be singer, sing! A singer who wants to be a banker—bank. Do whatever you do for yourself, and do it well.”