Instagram will continue its tradition of borrowing the best features from other social platforms in a new test mimicking Chinese upstart, TikTok.

According to a report from Techcrunch, Instagram is now testing a ‘video remix feature’ that allows users to take a 15-second video accompanied by music and then post that clip to their story.

The feature, called Reels, is rolling out on Tuesday as a test for Instagram users in Brazil and parrots a posting format that helped popularize TikTok which now rivals mainstays like Instagram and Snapchat in its ability to court younger users. 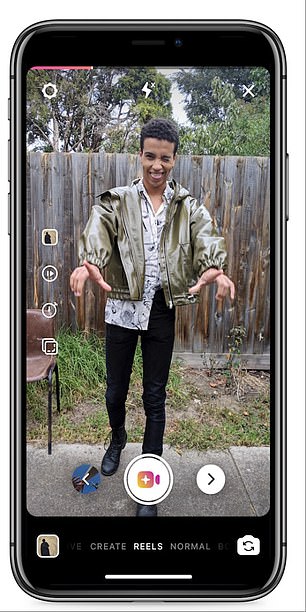 One posted, the Reels can then be viewed inside Instagram’s Explore page under ‘Top Reels.’

If one doesn’t feel like sharing their Reel publicly they can also send them via the platform’s direct messaging feature – a key difference between Instagram’s duplicate and TikTok’s original feature.

While it’s unclear if Reels will make its way to other countries, the platform has reportedly been working on a similar feature that may soon be available to users across the globe.

Called Scenes, the feature imbues Instagram with some basic video-editing tools and lets users mix music into video and post to their stories in addition to letting them use augmented reality effects and adjusting playback speed.

Instagram is working on Scenes, a TikTok-like video editing/remixing tool for Stories

You are given music, video speed, timer, AR Effect, etc to edit each clip

This feature is previously known as Clips pic.twitter.com/5y1DGACFis

The new feature was discovered by researcher Jane Manchun Wong who has a knack for finding tests inside major apps through reverse-engineering.

Social media companies aren’t the only ones keeping an eye on TikTok.

In recent months, US lawmakers have called on the intelligence community to assess the app’s impact on national security, scrutinizing TikTok’s ties with the Chinese government.

TikTok is a Chinese social media app where users can live stream, create short videos and music videos and Gifs with a host of functions.

TikTok is known in China as Douyin where it was launched in 2016 and then made more widely available around the world in 2017.

Douyin is still the version of the app used in China, available to download separately to TikTok.

Most children use the app to film themselves lip-syncing to chart hits.

The Beijing based social network has more than 500 million active users and the company is now worth more than $75 billion (£58 billion).