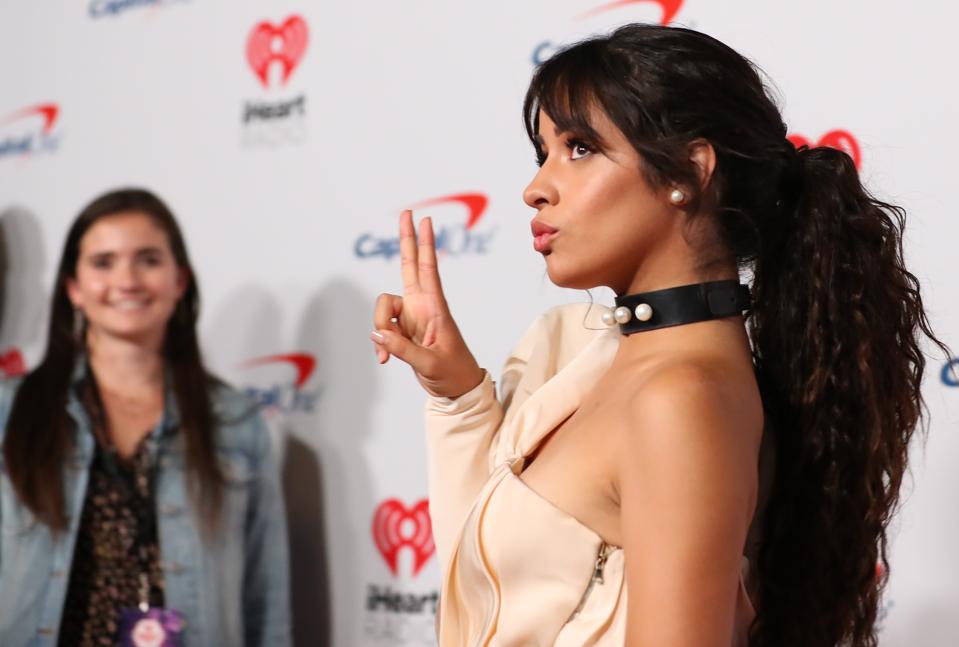 Most musicians release one single at a time and work tirelessly to push it toward the top of the charts. Some artists are popular enough to promote two simultaneously, but it’s tough to score more than a pair of true smashes at once, and it’s fairly rare that any one name occupies more than a few rungs inside the top 40 on any chart.

Pop superstar Camila Cabello is looking to defy those odds with a slew of new releases, all of which are impacting radio and the public almost at the same time. Some of these are her own singles, while others are collaborations with fellow musicians…but whether she fronts them or not, there’s an argument to be made that the timing of these cuts is a bit tough.

No matter how massive a star may be, sometimes too much music from one act is a bad thing, as it splits their audience, and radio programmers and playlistmakers don’t know what to focus on. Spacing out big singles gives each one time to shine and have its moment in the sun, and knowing when to drop another or keep promoting a track is an art.

With five singles currently being promoted, Cabello is trying something that few in the pop world have succeeded in doing. It’s possible that she may have too much music being pushed at once, though perhaps it will be clear in a few weeks that she made it work, despite the difficulties.

Here’s a look at all five of Cabello’s current singles that are being promoted around the world.

Last Friday (October 4), Cabello gave her fans another taste of what her upcoming album Romance will sound like with new single “Cry for Me.” This time around, there’s the slightest rock flair on the cut, which mixes things up slightly.

“Cry for Me” hasn’t been out long enough to chart just yet, though it will likely appear on rankings all around the world in the coming week or two, including the Hot 100 here in the United States.

Cabello gifted her fans with “Cry for Me” less than a month after she delivered the first two singles from Romance, which arrived at the same time. Both “Liar” and “Shameless” premiered on September 5, and since then, they’ve both been performing…okay. Putting out two tracks at the same time was a risky promotional strategy, and it’s one that might not have worked as well as the singer and her team had hoped, as neither of the tunes have broken into the top 40 in the U.S. yet (and one seems ready to depart the tally entirely any frame now).

“South of the Border”

While it’s only her single (it’s fronted by Ed Sheeran), Cabello is featured on “South of the Border,” and she has already started promoting the track. The tune appears to be the latest single taken from Sheeran’s new album No.6 Collaborations Project, and the video for the cut just arrived a few days ago. Now, “South of the Border” has already reached the top 40 in the U.K., and with any luck, it will quickly shoot up the charts in the U.S. as well. The powerful trio of Sheeran, Cabello and fellow featured player Cardi B should be enough to grab people’s attention and make this at least a minor hit.

With all the new music mentioned above having just arrived in the past month or so, it’s easy to forget that Cabello currently sits at No. 2 on the Hot 100 with her previous release “Senorita,” which is a collaboration with boyfriend Shawn Mendes. The track spent just one frame in charge of the Hot 100, but it hasn’t fallen far, and it could theoretically reclaim the throne at any point in the coming weeks if Lizzo will relent.