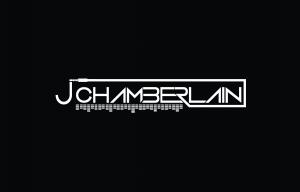 LOS ANGELES, CALIFORNIA, UNITED STATES OF AMERICA, May 29, 2018 — J Chamberlain is an American Edm, Pop, Dance, and Progressive House producer/composer from the United States (TX). Chamberlain’s Size Up Independent Label works with artist and vocalist to produce high quality music, which he calls “That Sound”. With the release “Tell Me” on the Affluent – Orchard Sony (NY) label and music licensing with Skybound Entertainment and Rochad Holiday of Urban Twist Music, Chamberlain looks to continue to deliver great music. His music has been featured on MTV, Oxygen Network’s Best Ink, and Coast to Coast Mix Tapes. Chamberlain’s new EP Future Club Life will be released this summer featuring the single “Brand New Me”.

J Chamberlain has been featured in The Source.com, This is 50, and more online publications. New Music will be following for release later this year or early 2019. Visit and contact J Chamberlain at jchamberlainmusic.com. Get more updates, new music, free downloads, and remixes.