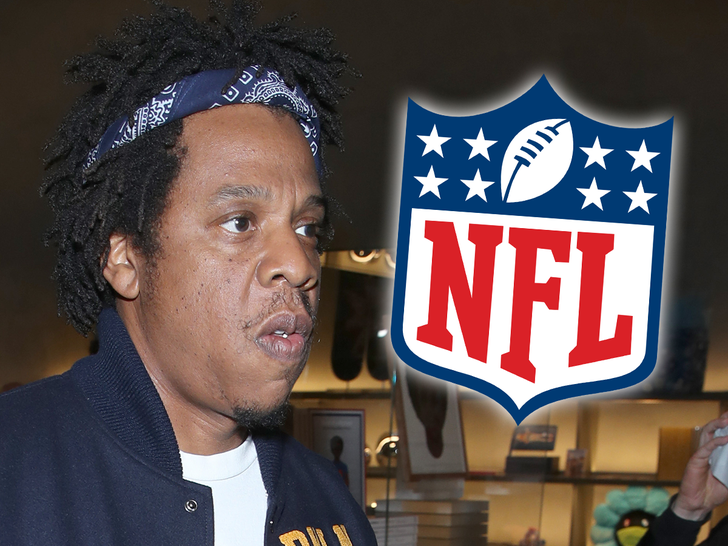 Jay-Z — one of Colin Kaepernick‘s biggest supporters — is teaming up with the NFL for a music and social justice campaign … this according to reports.

The partnership is with Hov’s Roc Nation company … in which the rap mogul will be the league’s “live music entertainment strategist” … including working together on the league’s Inspire Change activism campaign, according to The New York Times.

Here’s where it gets interesting — just last year, Jay-Z called the NFL out, dissing the league in a song called “APESH*T” … where he rhymed about turning down the Super Bowl halftime show to show solidarity with Kaepernick.

The role will make Jay a consultant for the show he so publicly rejected.

It’s clear the league is trying to make amends for all the backlash it received in the handling of the national anthem demonstrations … and a man with Jay-Z’s reverence and influence will certainly help him do that.

As for the Inspire Change initiative … it was created earlier this year to “create positive change in communities across the country.”

It’ll be interesting to see what Kaepernick thinks about this.