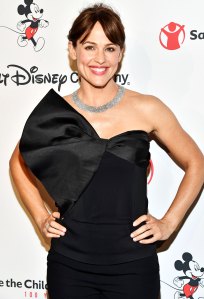 Jennifer Garner isn’t afraid to show her emotions in front of her family.

“When your kid catches you misty-eyed at the Sound of Music sing-a-long. #idontcare #perfectnightperfectmovie,” the actress, 47, captioned a Thursday, October 10, Instagram video.

In the social media upload, the Golden Globe winner wiped her eyes while belting out, “When you know the notes to sing, you can sing most anything. Doe, a deer, a female deer.”

Last month, the 13 Going on 30 star admitted that her kids with ex-husband Ben Affleck, Violet, 13, Seraphina, 10, and Samuel, 7, think she’s a “lame” mom. “I kill the fun,” she admitted in a September episode of The Tonight Show Starring Jimmy Fallon. “I say, ‘No,’ to everything. They call me the dragon. They have all these names for me.”

One of the Texas native’s children even left her a note reading, “When I grow up, I want to be a fun-killing mom just like you.”

Garner told Jimmy Fallon at the time: “That is legit. That is love.”

The Alias alum embarrassed her son in March when she got a little too into the How to Train Your Dragon theme for his 7th birthday bash, sporting an Astrid costume. The outfit featured a fur wrap, maroon leather armor, furry boots and bright blue face paint.

Jennifer Garner at Save the Children Centennial Celebration on October 2, 2019 in Los Angeles, California. Michael Buckner/Variety/Shutterstock

“Well, guess what. It turns out 7 is the age my kid stops thinking it’s cool when I dress up for the party,” Garner captioned an Instagram post. “#youngestchild #firsteyeroll #anyoneneedanAstrid.”


Jennifer Garner and Ben Affleck’s Divorce: Everything We Know

Affleck, 47, has also had his fair share of moments going overboard for Samuel. In February, the Oscar winner told Jimmy Kimmel that he turned his son’s bedroom into a tribute to the New England Patriots after the little one said he wanted to support a Los Angeles football team.

“My ex-wife thinks it’s creepy,” the Boston native said on Jimmy Kimmel Live! after the host, 51, showed images of the makeover. Samuel’s room now includes a chair shaped like Tom Brady’s helmeted head, a football slide and a mural.