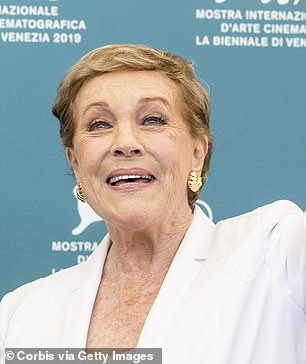 The hills are alive… with the sound of Julie Andrews moaning! Actress reveals how classic movie scene was blighted by rainy Alpine weather and the helicopter film crew

By Eleanor Sharples For The Daily Mail

Dame Julie Andrews, 83, spoke about her Sound of Music experience at the Venice Film Festival and it seemed far from rosy – claiming it ‘rained, rained, rained’

In one of the most famous Hollywood movie opening scenes, she joyously sings: ‘The hills are alive with the sound of music.’

But it turns out Julie Andrews had a miserable time filming the beginning of The Sound Of Music in a mountain meadow.

For starters, the weather was foul. While the movie is largely set around Salzburg in Austria, the opening scene was filmed in Germany. ‘It was so beautiful there… but it rained, rained, rained,’ she said.

Then there was the fact that she had trouble staying upright. The camera was mounted on a helicopter and the award-winning actress revealed that she was knocked flat several times by the downdraught from the rotor blades.

Speaking at the Venice Film Festival, Dame Julie, 83, said her hair had to be fixed and her clothes refreshed after each of the nine takes it took to film the scene. 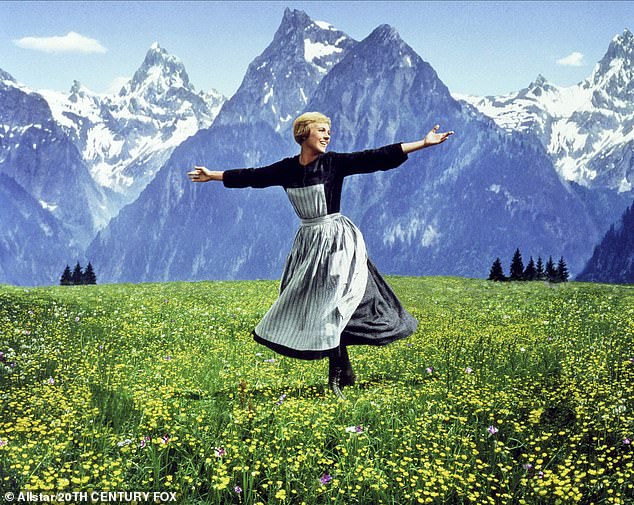 She picked up a lifetime achievement award at the Venice festival on Monday for her role as Maria von Trapp in the classic film. Ms Andrews said she worked with director Robert Wise to be as ‘astringent’ as possible 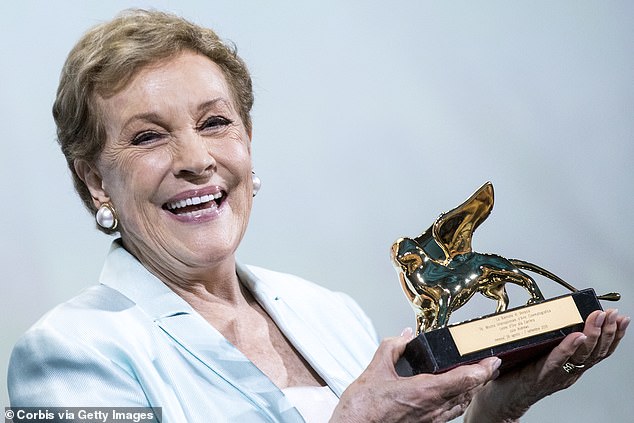 Overjoyed: Julie Andrews is awarded the Golden Lion for Lifetime Achievement during the 76th Venice Film Festival at Sala Grande on September 2

The actress revealed the challenges she faced making the 1965 film as she picked up a lifetime achievement award at the Venice festival on Monday. She played Maria von Trapp, a novice nun who becomes a governess to the seven children of a widowed naval officer. The mother-of-three said she found the story ‘too sentimental and saccharine and over the top’ when she first saw it as a musical on Broadway.

She added: ‘I mean, you have mountains and nuns and seven children – but all together?’

She said she worked with director Robert Wise to be as ‘astringent’ as possible, and while it is a ‘sweet and loving film, we saved it from being too saccharine’.

The veteran actress, who has turned to directing, also confessed to swearing a lot during filming of the 1964 Disney classic Mary Poppins.

She said that when she fell to the ground in an accident on set ‘I think I said a few words he [producer Walt Disney] had not heard very often’. 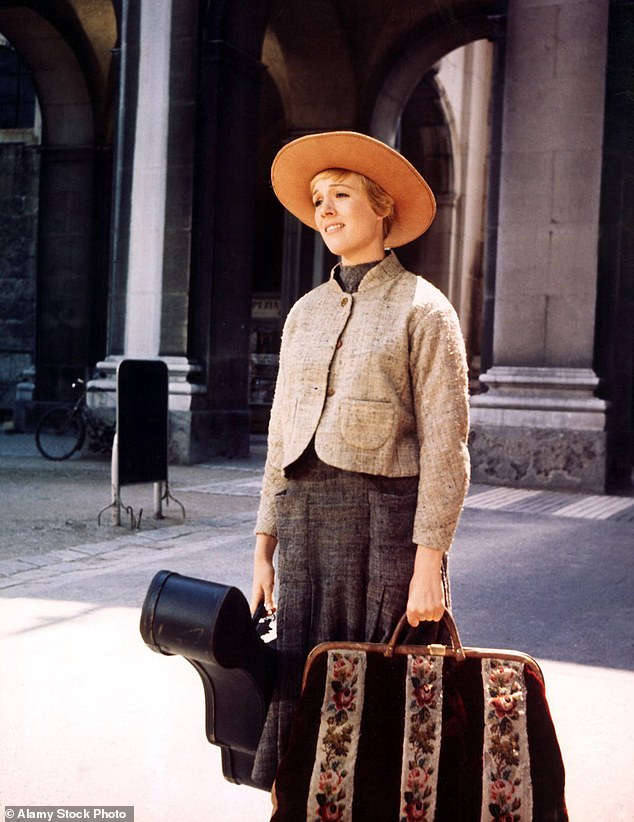 The mother-of-three said she found the story ‘too sentimental and saccharine and over the top’ when she first saw it as a musical on Broadway. Here she is pictured at the start of the film which is set around Salzburg in Austria