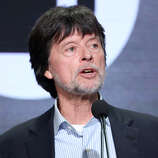 At a panel previewing his forthcoming PBS documentary “Country Music,” legendary filmmaker Ken Burns addressed inevitable questions about the origins of country music and the genre “not having a mass appeal.”

The director, who was joined on stage by some of the musicians featured in the marathon 16-hour endeavor, bristled a little when asked about the latter.

“We cloak country music in hound-dogs and pickup trucks and good old boys and six packs of beer,” Burns went on to say. “But it deals with love and loss, particularly love, and it’s hard to address it…The arguments we hear about country music today are the same ones we hear going way back.”

Country legend Marty Stuart weighed in, noting that “it always takes outside entities to shine a light” on country music, but that everyone who watches the documentary will “find something that pertains to their lives.” Stuart added that the documentary will give fans of the genre “a sense of victory,” while current country stars will be able to “go deep” and learn something about the history of country music.

Later in the panel, Rosanne Cash revealed that she was “suspicious” and “nervous” when Burns first approached for the documentary, however, when she saw “the depth of their respect” for and research into the genre, those fears disappeared. Cash also discussed what it was like to have a documentary made about the legacy of her family and her father Johnny Cash in particular.

“My early career I spent so much time from trying to wrest myself rom out of my dad’s shadow,” Cash said. “Luckily I got wise about that and accepted it, but this has given me another level of being empowered about my own tradition.”

Dwight Yoakam was the other musician who participated in the panel, alongside writer and producer Dayton Duncan and producer Julie Dunfey.

For the eight-part, 16-hour documentary which has been almost a decade in the making, Burns and his team conducted over 100 interviews with familiar faces to country music fans including the late Merle Haggard, Kris Kristofferson, Willie Nelson, Dolly Parton, Vince Gill, Reba McEntire, Emmylou Harris, Ricky Skaggs, Brenda Lee, Naomi, and Wynonna Judd.

Multiple ancillary products and events have been lined up to accompany the doc, including companion albums to be released this fall by Sony Music, and a concert special celebrating the documentary. The special, which is set to air a week before the documentary, was shot live at the Ryman Auditorium in March and features performances by Cash, Dierks Bentley, Rodney Crowell, Rhiannon Giddens, Vince Gill, and Ketch Secor of Old Crow Medicine Show among others.

“Country Music” is set to debut on Sunday, September 15.