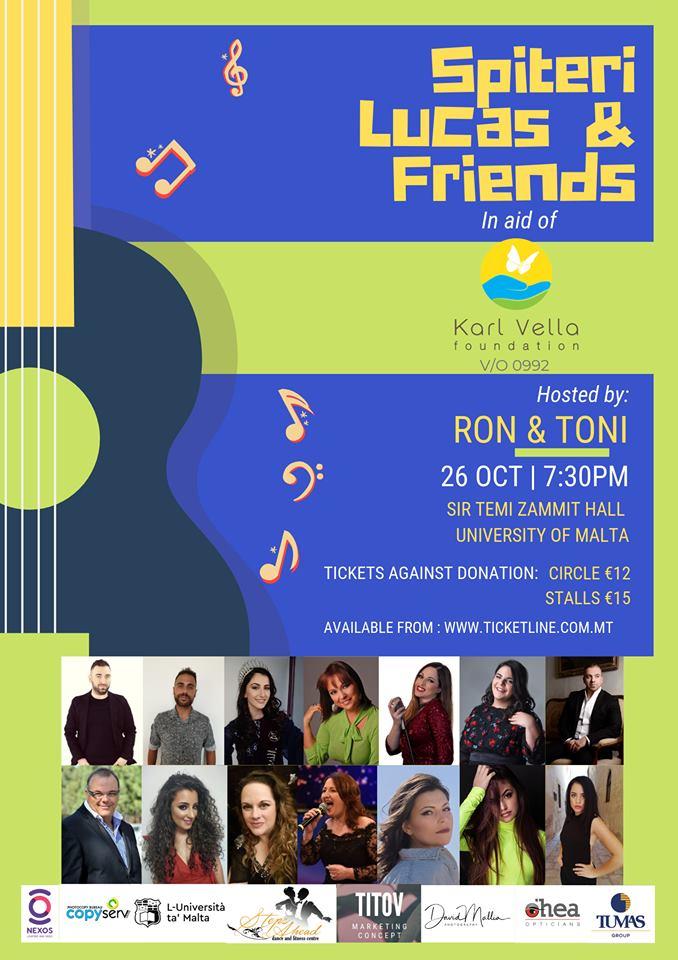 Karl Vella Foundation (KVF) is organising a fund-raising music concert to be able to continue providing educational and psychological assistance, free of charge, to children in families disrupted by serious illness of a family member.

The Karl Vella Foundation was set up in May 2014 to provide educational and psychological support to children and adolescents experiencing the serious illness or death of a close family member by creating a haven away from home where they could maintain a sense of ‘normality’ in their lives.

Serious illness/death brings disruption to family life and day-to-day routine. As the focus of the family shifts to the patient, other members’ needs may be pushed aside or neglected. For children and adolescents, these can be very difficult, scary and confusing times. The KVF was set up to support children during these trying times.

President Emeritus Marie-Louise Coleiro Preca, granted the Foundation the right of use to an area inside the President’s Kitchen Garden in Attard. This site was converted into The KVF Centre, which opened in October 2015.

The KVF Centre welcomes children aged between 5 – 17 years, three times a week, after school hours. They are nourished, helped with homework, given time to play both indoors and outdoors, and provided with creative and psycho-educational activities having a therapeutic outcome such as; drama, music, yoga and mindfulness.

Apart from psycho-educational activities, the children are also offered psycho-therapy, counselling or play therapy on a one to one basis. Psychological support is also extended to the children’s legal guardians.

Transport, being one of the biggest hurdles and expenses is also provided to pick children up from their respective schools and brought to KVF and back to their respective homes. All the services are free of charge.

Children are referred to the Karl Vella Foundation by professionals from different sectors such as Health, Education and Community Service, through an established process which includes completing a dedicated referral form which is easily accessible from the KVF website.

Once the KVF receives the referral document, each individual case is assessed by a KVF appointed committee. The established committee has the final say in the selection of potential service users. 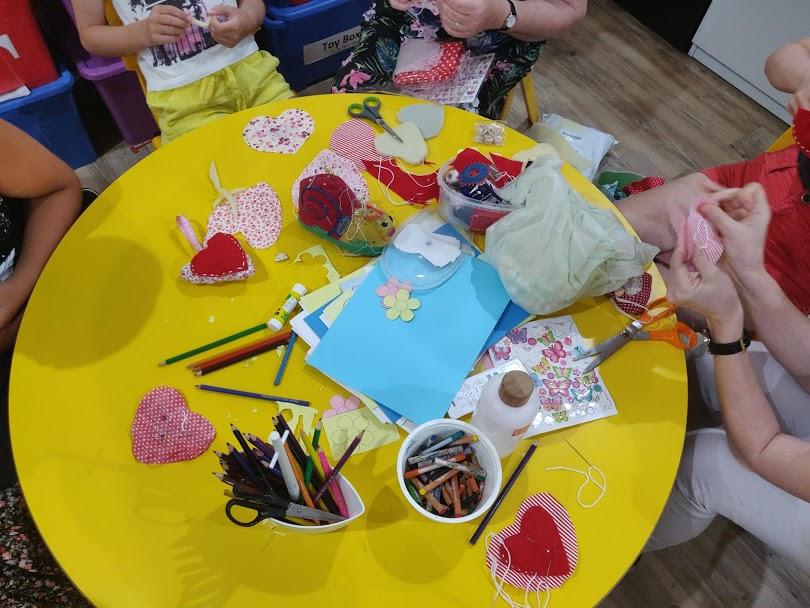 Once approved, a meeting with the parents/guardians is scheduled. The aim of the meeting is to gain a better understanding of each individual situation and to formalise a way forward to support that particular child/sibling whether it is educationally, emotionally and/or psychologically.

During the meeting, consent is sought from the parents/guardians to liaise with the school teacher, social worker (if any) and/or any other caregiver involved with the child. A care plan is drawn up for each and every child attending KVF which is reviewed every three months.

Once the situation at home settles down and it is time for the children to re-establish their home/family routine and stop attending the KVF Centre, the KVF focus shifts on ensuring a smooth and gentle transition. Failing to do this sensitively may result in the child perceiving the termination of their time at the KVF Centre as another loss or trauma in their life.

Since the KVF is dealing with a vulnerable sector of society, psychological support is also offered to the volunteers through regular supervision and counselling (both on an individual as well as on a group basis).

KVF volunteers attend group training sessions to familiarise themselves with ways in which children may manifest behaviour which might indicate that therapy is needed.

Furthermore, professional development workshops are organised for the volunteers, who also receive continuous in-house training in listening and communication skills.

It is the foundation’s way of giving the volunteers support in return for dedicating their time. Monthly supervision sessions to the psychology professionals are also offered.

Every birthday and achievement is celebrated at KVF in a familiar way. KVF strives to create a home environment which allows the sharing of the children’s joys and sorrows.

While KVF is aware that it cannot prevent the unfortunate experiences of sickness and death to happen in one’s family, it can support the children lovingly and professionally along their difficult and challenging road.

Tickets for the concert can be bought from www.ticketline.com.mt or KVF Centre, President’s Kitchen Garden,  Attard.