In this pop-up event, co-produced by La Sala Latinx Arts Collective, Seattle-based artists Milvia Pacheco, Mirta Wymerszberg and Leo Carmona will share a collective and multidisciplinary body of work inspired by a conversation with four black immigrant women from South and Central America and the Caribbean. Through poetry, music, dance and other art forms, artists will honor the experiences of this Afro-descendant women in Latin America, as well as their reflections and perspectives on identity, racism and belonging.

“Afro-descendants carry a contradiction between how we see ourselves and how others see us. We are constantly redefining who we are through the friction between our own internal emotional system, our relationships with those we perceive as our own community, and structures of global racial power.

For Afro-descendants, identity is always a careful process of construction and reconstruction. We recognize that our cultural struggles are valuable creative sources.”

I am an Afro Latina artist born in Caracas, Venezuela where I began my career as a performer combining dance and theater training. Early experiences with trauma fueled a pressing drive toward movement. My first brush with the power of movement as a catalyst for healing came at age 13 during a theater arts project geared toward inner-city youth. By the time I was 18, I was certain that healing through movement was my calling. I devoted the next years of my life to achieving liberation (physical, emotional, intellectual, psychological) through art and movement. In this Journey, I have become a performer, choreographer, bodyworker, painter, poet, mother and Community Organizer.  My mission is to be a conduit for empowering myself, my family and my community. Rather than being a victim of the past, I continue to deepen the connection with my history and my ancestral roots to facilitate a process of healing, and further, to help the Afro-descendant community find sustainable ways to share who we are and reclaim an equity in our social structure. MÁS (Movimiento Afrolatino Seattle) has become the platform where I am able to actualize and continue this empowerment work both as an artist and an organizer.

Leo Carmona is an artist and storyteller with a body of work mainly of portrait, lifestyle and documentary photography. Influenced by his experience as a Oaxaqueño/Mexican immigrant, Leo is interested in creating artistic work that explores the beauty, complexities and realities of his community in personal and commissioned projects. Leo holds a Bachelor of Arts in Psychology and Latin American Studies from the University of Washington and current works as Communications Associate for Casa Latina, a Seattle non-profit that empowers Latinx immigrants through employment, leadership, and educational opportunities.

Seattle-based musician Mirta Wymerszberg, a native of Buenos Aires, Argentina brings extensive experience in authentic tango music from Argentina. An accomplished flutist, bandoneon player and vocalist, she received her musical education at the Municipal Conservatory of Music, a Diploma of Studies in Baroque Flute and Chamber music from the music School in Lyon, France, and a Masters in Arts from University of California, Santa Cruz. She appears regularly in Seattle with her Tango band “Sol de Noche”, as well as singing flamenco repertoire with “Cuadro Azahares,” “La Peña Flamenca de Seattle,” and many others.

The Concentration Camp: An Interactive Exhibition
Through October 9 at Nepantla Cultural Arts Gallery 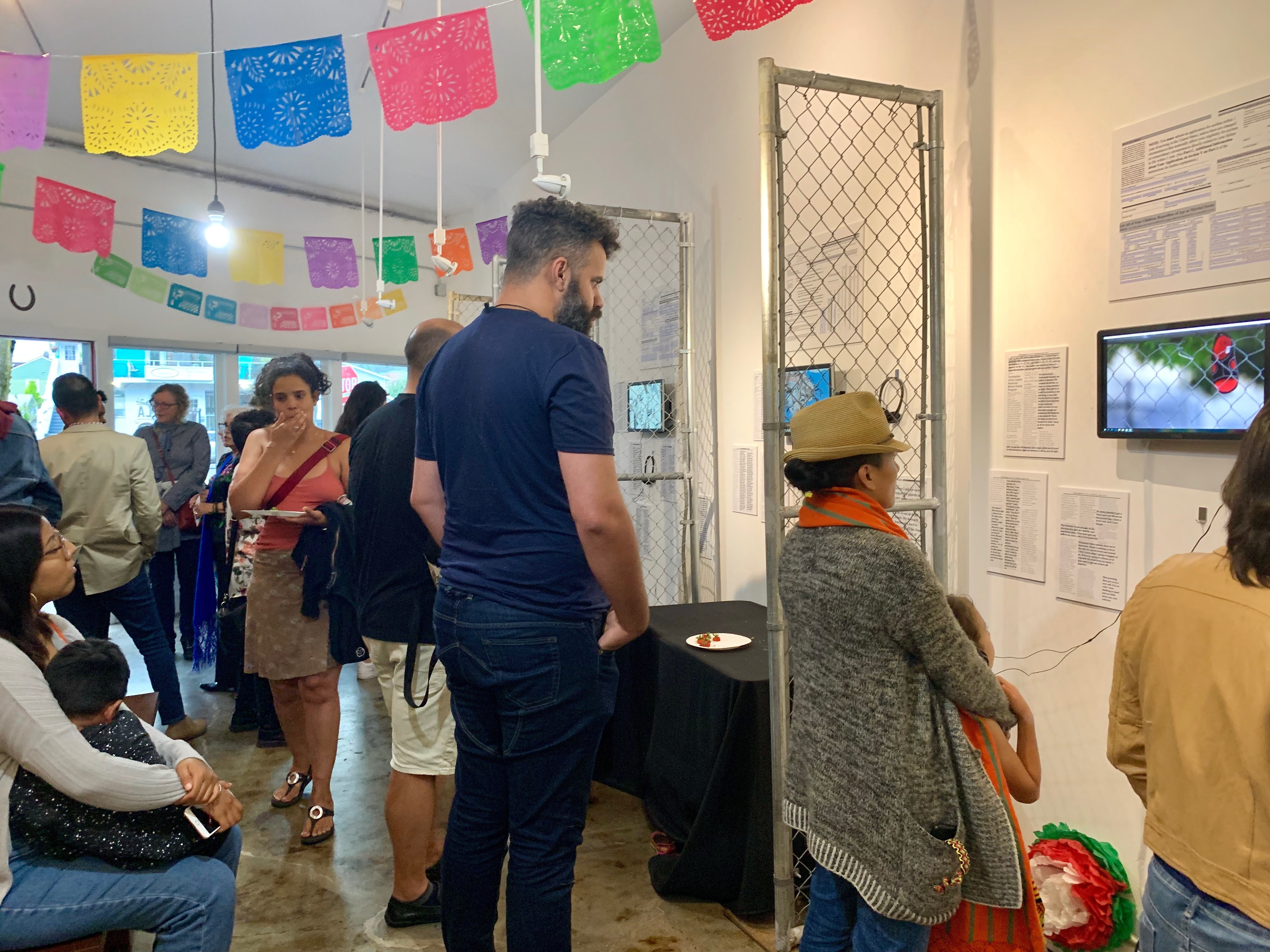 Thanks to all who have joined us for The Concentration Camp so far! This important exhibition runs through October 9 at