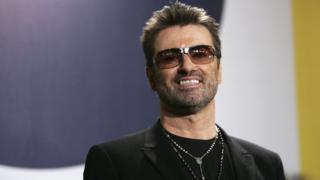 An unreleased, six-minute song from the late George Michael will feature in a new movie loosely based on his music.

Its director Paul Feig told BBC News: “[George Michael] was putting together his new album when he passed.

“And one of our tracks is one of those songs, and it’s just an absolutely amazing song that I’m so excited the world is going to get to hear now.”

George Michael was found dead on Christmas Day in 2016 at his home in Oxford.

Last Christmas focuses on a young aspiring singer (played by Clarke), whose hero is George Michael. Feig explains the late singer’s music “sort of travels with her as she goes through her life” in the storyline.

Speaking about the new track, he continued: “It’s a very celebratory song, I would dare say. And we were able to play the entire song, which is almost six minutes long, in the film.

“Because when you get a song that has never been heard, you don’t want to just use, like, 15 seconds of it. The song starts at the end of the film, and then goes into the credits.”

Last Christmas is set to be released next July (just kidding, it’s out in November) and also stars Henry Golding and Michelle Yeoh, both of whom also appeared together in Crazy Rich Asians.

The first trailer for the film premiered on Wednesday morning.

Until now, the exact format of Last Christmas has been unclear, with fans wondering whether Michael’s music would be just used as the soundtrack, or whether songs would actually be sung by the characters.

“It’s not a musical, but George’s music affects the story,” Feig clarifies. “There are a couple of sections where where the actors are actually interacting with the music and other sections where George’s music is driving, or underscoring the story. So it’s a nice mix of being neither a jukebox movie nor straight up musical.”

It is far from the first film to be based on the back catalogue of a particular band or artist. Mamma Mia and its sequel were huge box office smashes, while Bohemian Rhapsody took home four Oscars earlier this year.

Henry Golding and Emma Thompson both star in Last Christmas

Movie trailers nowadays can be instantly dissected and dismissed by Twitter, the immediacy of which means a film can suffer an instant backlash long before it’s even hit cinemas.

The Cats trailer was a victim of this recently, with fans complaining about the appearance of some of the characters. And Feig’s own Ghostbusters reboot became YouTube’s most disliked movie trailer after a concerted campaign by fans of the original to vote it down.

“But I’m at the point now, where, where I’m just excited to get it out there because we spent so long kind of wringing our hands and going, ‘is this right? Try this, try that’.

“So now we throw it to the internet and see what they say. Everybody kind of likes to take their shots at people in showbiz, but I would like to say that our intentions are completely pure. We’re never like, ‘all right, let’s see what these suckers will go for’. It’s like, ‘Oh, we love this. We can’t wait to share this with you’, we’re really proud of it.'”