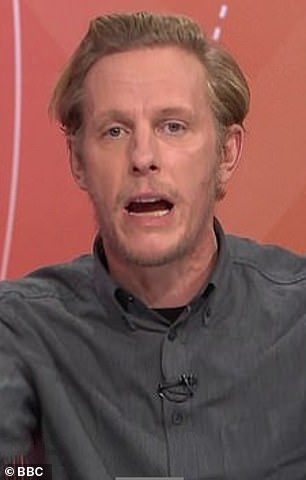 Laurence Fox has become embroiled in another feud, this time lashing out at the BBC after it was revealed that his music would no longer be played.

Continuing his bitter war of words with Radio 5 Live DJ Nihal Arthanayake, 49, the actor and singer, 42, criticised the broadcaster for removing his music from his show – however the DJ hit back by insisting his music is ‘terrible’.

The argument, which kicked off on Tuesday, comes in the midst of criticism surrounding many of Laurence’s views, including shocking comments on fascism. 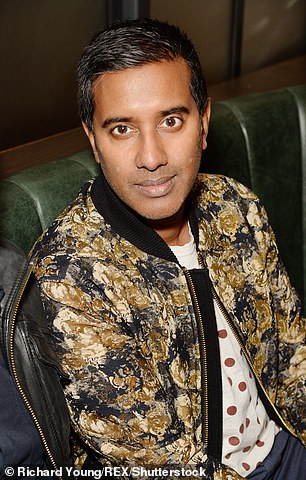 Hitting out: Laurence Fox has become embroiled in another feud, this time lashing out at the BBC after it was revealed that his music would no longer be played

On 15 January, Laurence appeared on Nihal’s show, where he discussed his music, acting and politics, before some of his songs were played on the show.

It came just days before Laurence’s now-infamous appearance on Question Time in which he sparked mass fury when he engaged in an extraordinary slanging match with audience member Rachel Boyle, a lecturer in race ethnicity.

He has released two albums – Holding Patterns in 2016, and A Grief Observed in 2019. Holding Patterns peaked at Number 89 in the charts, and spent two weeks in the top 100 before disappearing from the list.

While it was apparent that he is proud of his tracks, he was left raging at Nihal’s criticism of his music – and accused the DJ of ‘attacking’ him. 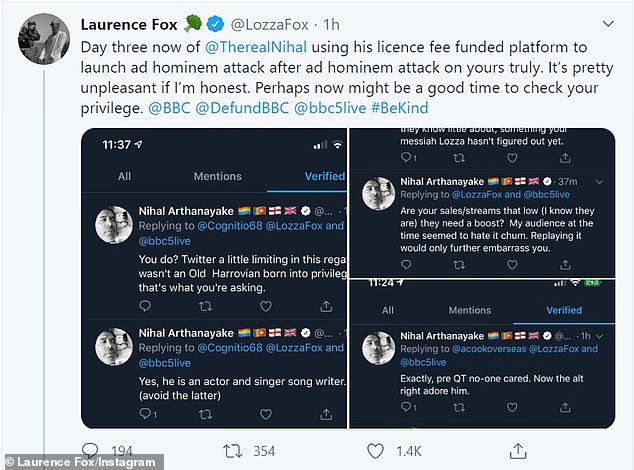 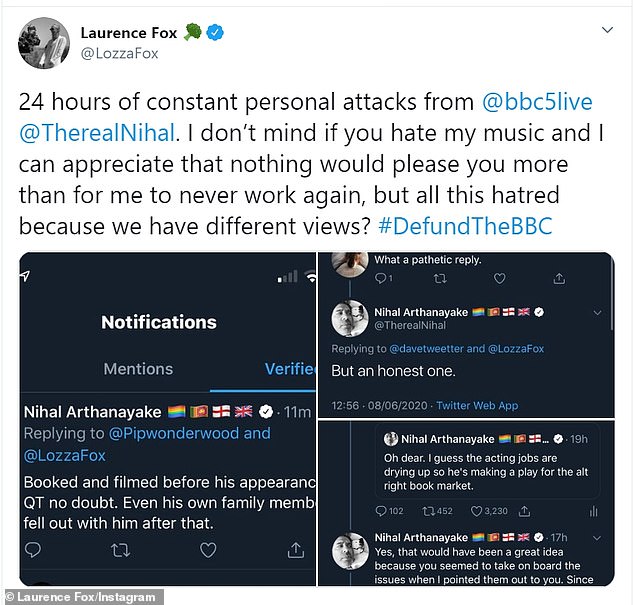 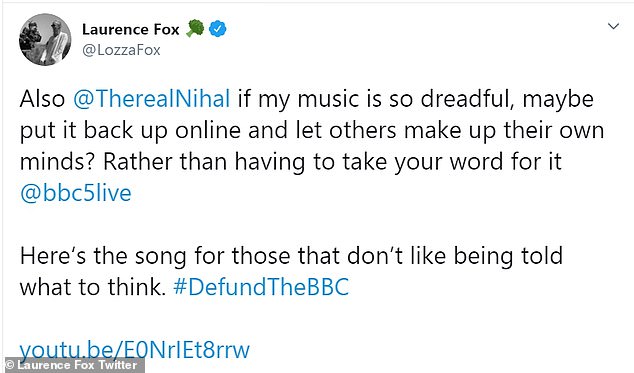 Shocking: Their bitter row rumbled on over the space of days

Nihal responded to a slight from Laurence by writing: ‘Are your sales/streams that low (I know they are) they need a boost? My audience at the time seemed to hate it chum. Replaying it would only further embarrass you.’

Laurence claimed he was being ‘attacked’ by Nihal, as he hit back: ‘Day three now of @TherealNihal using his licence fee funded platform to launch an attack after an attack on yours truly. It’s pretty unpleasant if I’m honest…

‘Perhaps now might be a good time to check your privilege… 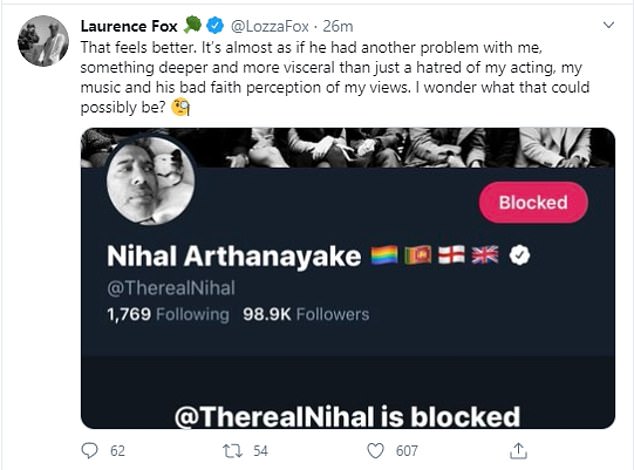 Happy days! Nihal eventually blocked the star, after which Laurence posted a screenshot of the block notification and wrote: ‘That feels better’ 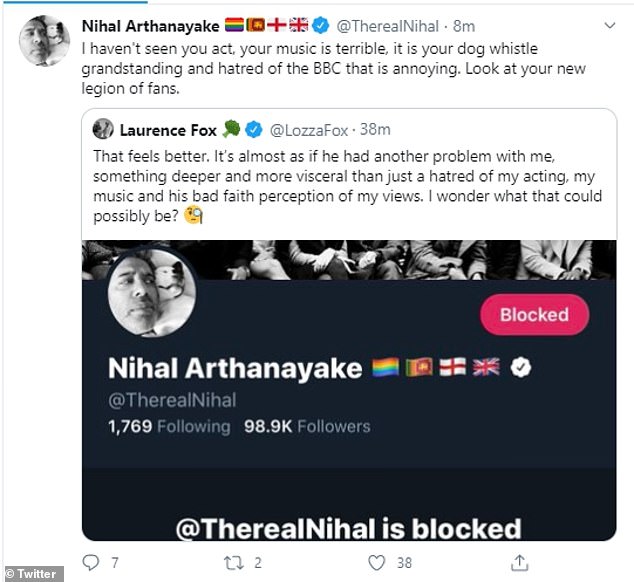 ’24 hours of constant personal attacks from @TherealNihal. I don’t mind if you hate my music and I can appreciate that nothing would please you more than for me to never work again, but all this hatred because we have different views? #DefundTheBBC…

‘Also @TherealNihal if my music is so dreadful, maybe put it back up online and let others make up their own minds? Rather than having to take your word for it. Here‘s the song for those that don’t like being told what to think. #DefundTheBBC’.

Nihal eventually blocked the star, after which Laurence posted a screenshot of the block notification and wrote: ‘That feels better… 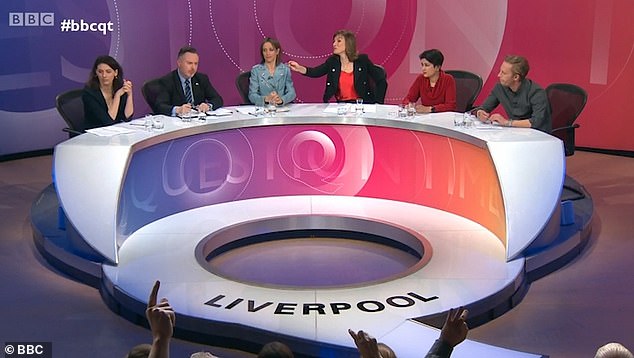 Previously: It came just days before Laurence’s now-infamous appearance on Question Time in which he sparked mass fury when he engaged in an extraordinary slanging match with audience member Rachel Boyle, a lecturer in race ethnicity

‘It’s almost as if he had another problem with me, something deeper and more visceral than just a hatred of my acting, my music and his bad faith perception of my views. I wonder what that could possibly be?.

In the midst of aggressive trolling from Laurence’s fans, Nihal stated: ‘I haven’t seen you act, your music is terrible, it is your dog whistle grandstanding and hatred of the BBC that is annoying. Look at your new legion of fans’.

Over the weekend, Laurence said he won’t take a knee with Black Lives Matter protesters as it has ‘master-servant’ connotations.

The outspoken actor said he would only kneel ‘to propose, before god or before the queen’ but stressed that others should be ‘free to do what they want’. 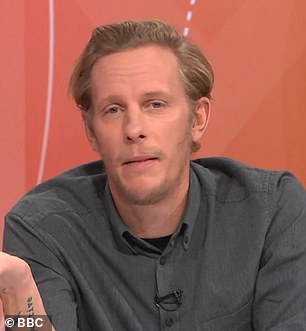 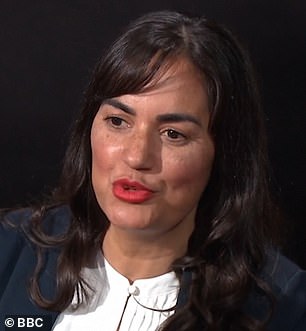 That was then: In January, Laurence was involved in an extraordinary slanging match with Question Time audience member Rachel Boyle, a lecturer in race ethnicity

Speaking on the 76th anniversary of the D-Day landings, Fox also said terms such as ‘racist’ and ‘fascist’ are now just ‘casual insults’ and have lost the meaning they carried during the war.

He said: ‘These men died on the beaches on Normandy so people are free to do what they want and if you want to take a knee, you can take a knee you just won’t find me doing it.

‘I’m not a particularly religious man but the times I would kneel are to propose, before god or before the queen.

‘It’s a master-servant relationship that comes with taking a knee that I’m uncomfortable with. But that’s my view and anybody else who wants to do what they want to do must feel free to do that as well.’

On a being actor on flying around the world: ‘Yeah the carbon footprint is huge – but we make up for it by preaching to everyone else about how they should change their lives’.

On Meghan and Harry quitting: ‘I feel sorry for them, in a way, because it’s difficult when you have a young baby and all that but surely Harry should have had a chat with Meghan at some point and said: ‘By the way this is going to be misery and you don’t have to marry me if you don’t want to’.

And then they hop out and I think, can we have the cottage back and your HRHs? I do sympathise with them but there is a little bit of having your cake and eating it, which I don’t enjoy’.

On racism and Asian sex gangs: ‘We need to call out racism when it’s seen and stand together to condemn it – but for fear of sounding racist there have been series of horrific things happening in Manchester and other towns all across the north of England and we should be careful and not call someone racist because they don’t agree with you’.

On the north: ‘The people here are much nicer than anyone you’ll meet in London, ever’.

On the Labour leadership: ‘Hmmm, who should replace magic grandpa. Keir Starmer? He just looks like he can take Boris on. That the vibe I get’.

Shami Chakrabarti accused him of ignoring female candidates and he replied:  ‘Oh God it’s not about women, jeepers creepers. Sorry, let me rewind. Any of the women. Is that better? Any woman. Because it’s really important what your gender is or what your sexuality is rather than what your policies are’.