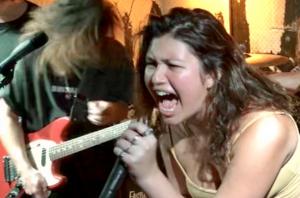 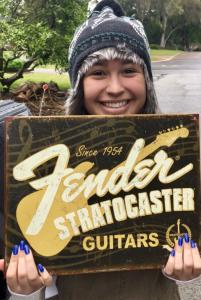 Leynn is a star in the making. Her voice blew me away from the first time I heard her music. It is going to be a pleasure to work with her and watch her career in music grow and grow.”

LOS ANGELES, CA, US, July 26, 2019 — SM1 Music Group/Sony Music is proud to announce the signing of Leynn to our Label. With a voice and list of musical accomplishments that defy her young age of 17, Leynn is a Florida based performer and songwriter who is making huge strides in the ever-changing and challenging business of music. She began writing and performing original songs very early in life and amassed an impressive catalog of tunes that she published through her own company EskEmo Records/Granny Pants Music. Her music draws from a multitude of influences and genres as she grew up with a father who is a professional musician and had opportunities to travel the world to places like Belize, Costa Rica, Hawaii, Nicaragua, the Bahamas, and Alaska. One of her self-produced songs was selected from hundreds of entries to be featured on a CD compilation of original acts from around NE Florida. In addition, she began winning singer-songwriter competitions, appearing on local television shows, and playing gigs all over. In 2018, she self released a 6 song EP that was produced by a Los Angeles based producer and bass player, known for his work with major artists and television shows. That project attracted the attention of A&R reps for SM1/Sony who recently signed her to a distribution deal. The combination of her intriguing aesthetic that is the result of a blend of Alaskan Native and Italian heritage, her soulful voice, and her unique musical style, make her a performer to keep an eye on in the coming months as she furthers her career.

All of us a very excited about her new work coming to over 600 music distribution platforms in the very near future. Leynn has a very bright future ahead of her. In her own words “I don’t remember a time when I was ever not completely surrounded by music. My dad was probably my first inspiration. I grew up attending my dad’s gigs, helping him lug bags of drumming equipment into various venues all around and outside my hometown of Jacksonville, Florida. It’s a long story about how I got into writing songs, but it started with journaling at the age of 5 or 6 when I was upset or afraid. Later, music became my only reliable coping mechanism for stress, anxiety, or sadness. Expressing my emotions through songwriting and music was my therapy. As I would finish one song, more and more would keep coming. Now, I have a music publishing company and have several albums worth of original songs ready to be produced and recorded. The artists and styles that have influenced my music are quite varied and encompass multiple genres and eras. I try to broaden my musical horizons as much as possible and find inspiration in everything I hear and experience. I’ve been fortunate enough to perform in all sorts of venues and even exotic places like Belize and Hawaii. My writing has given me the opportunity to succeed in songwriter’s competitions and perform live on television. My motivation to create music is something I don’t feel towards anything else. I put my heart and soul into music as an outlet, a way to deliver a message of hope, and a means of spreading awareness about causes that I’m passionate about.” Leynn