Even now, in its seventh year, there’s no other U.S. music and arts festival quite like Life Is Beautiful. It’s not just the music lineup—which this year includes Post Malone, Chance the Rapper, The Black Keys, Billie Eilish, Vampire Weekend and Janelle Monáe—that makes its unique. Or its art program, which combines site installations, like the Sierra Club’s immersive Forest Bath, with an outdoor gallery of world-class street art, curated by the JustKids collective. Or its culinary offerings, which will include a cocktail school run by Starboard Tack/Hardway 8 masterminds Bryant Jane and Lyle Cervenka; a giant “campfire feast,” cooked up by Chef Justin Kingsley Hall; and even an “Omakase Cantina,” curated by Secret Burger’s Jolene Mannina. Or the comedy lineup (Fred Armisen! Nikki Glaser!), or one-off experiences like the live recording of Pod Save America.

It’s all of that—plus a city. No other festival can claim to offer up its entire Downtown core as its festival grounds. And the energy Downtown Las Vegas lends Life Is Beautiful—the way every building, every alleyway, every parking lot is put to vital and unexpected use—cannot be duplicated. This is city as playground. And it’s waiting for you.

Top of the bill: Chance the Rapper, The Black Keys and Post Malone LIGHT UP the Downtown Stage

Chance the Rapper has starred at Life Is Beautiful before, in 2017 and 2015, but this weekend’s festival set will hold special significance. Just last week, the Chicago hip-hop phenom announced he’s postponing the tour supporting the summer release of his debut studio album, The Big Day, until 2020 in order to spend crucial time with his young family, which just expanded with the birth of his second daughter. But Vegas gets to keep Chance’s Friday LIB set (11:25 p.m., Downtown Stage), plus Saturday’s performance at the iHeartRadio Music Festival at T-Mobile Arena (see Culture Weekly Page 18).

He shares the top of the bill this year with another unlikely hip-hop star with a scorching summer album, Post Malone (Sunday, 11:30 p.m., Downtown Stage). Posty had a No. 1 single in 2019 with “Sunflower” and has several more smashes loaded up on Hollywood’s Bleeding, which debuted at #1 on the Billboard 200 last week. And The Black Keys (Saturday, 11:10 p.m., Downtown Stage) will give the fest its headlining rock edge, with extra energy expected given that Dan Auerbach and Patrick Carney have been on hiatus since 2015. They’re back with new record Let’s Rock and a new tour that kicks off in LA before the Keys play their first fest since Outside Lands four years ago. Their Saturday set at the Downtown Stage should be on everyone’s list. –Brock Radke

Catch if you can: 10 acts to highlight on your lib schedule 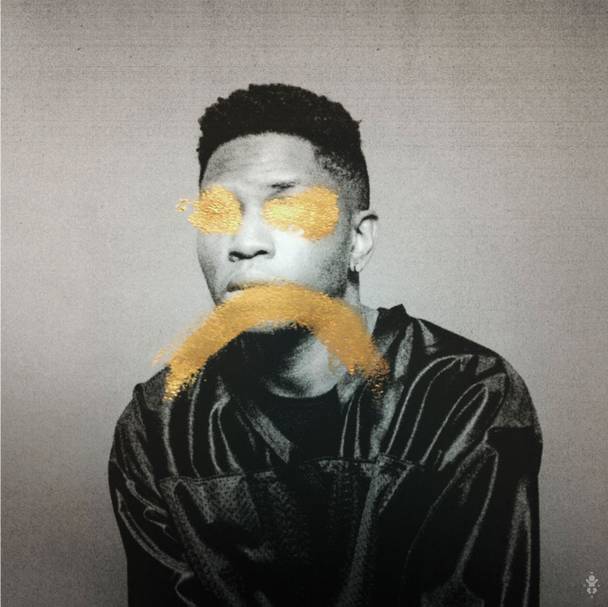 Tash Sultana (Friday, 8:15 p.m., Bacardi Stage) The Australian singer-songwriter popped onto the scene seemingly overnight as a global YouTube sensation, going from bedroom project to festival-topping act. She has taken us on a musical journey as well, live-looping cascading, rhythmic landscapes that she builds by layering pedal effects, intoxicating vocals and guitar. If you haven’t seen one of her viral videos, head to YouTube to witness it for yourself—or better yet, catch her live at Life Is Beautiful. –Leslie Ventura 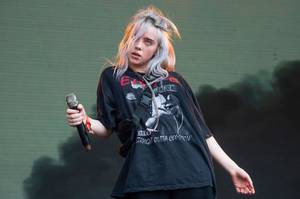 Billie Eilish (Friday, 9:20 p.m., Downtown Stage) The 17-year-old “Bad Guy” singer and songwriter released her shadowy electro-pop debut album, When We All Fall Asleep, Where Do We Go?, to critical acclaim in March, two years after she made waves with breakout single “Bellyache.” Since then, she has made headlines with her seemingly effortless vocals—and for calling out male chauvinists and internet creeps. Her LIB performance should be the moody dance party we’ve needed all year long. –LV

Maggie Rogers (Saturday, 6 p.m., Downtown Stage) Rogers left Pharrell Williams speechless when he heard “Alaska” for the first time during a master class at NYU’s Clive Davis Institute of Recorded Music, where she was a student. The clip went viral, and an EP, Now That the Light Is Fading, soon followed. A debut album, Heard It In a Past Life, was released earlier this year. Rogers’ folk-pop-dance sound is so damn catchy, it’s hard to think of a more quintessential soundtrack to the music-festival experience. –Genevie Durano 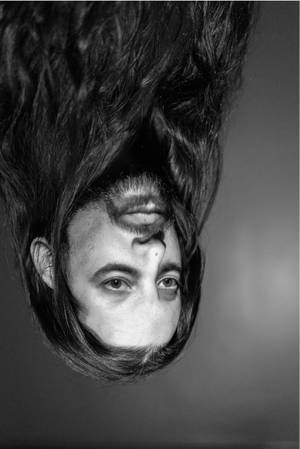 Of Monsters and Men (Saturday, 7:35 p.m., Downtown Stage) The Icelandic indie-pop act is touring the U.S. in support of new album Fever Dream, which, according to a review on PopMatters.com, has a “startling emphasis on synth-pop immediacy and glamour.” If a recent concert setlist is any indication, expect a mix of songs from Fever Dream (“Alligator” and “Wild Roses”) along with beloved favorites (“Little Talks” and “Mountain Sound”). Use this chill folk act to clear your mind before Lil Wayne and The Black Keys storm in to finish the night. –CMR

Janelle Monáe (Saturday, 10:15 p.m., Bacardi Stage) The Electric Lady, the ArchAndroid—whatever you call her, she has proven herself to be one of her generation’s most creative and introspective talents, with last year’s Dirty Computer showcasing her funky, Prince-influenced side better than ever before. If you missed her 2018 show at the Palms, now’s the time to witness the Kansas City-born star in the flesh. Expect a show that celebrates individuality, queerness and people of color, with seamless costume changes and stunning choreography. –LV 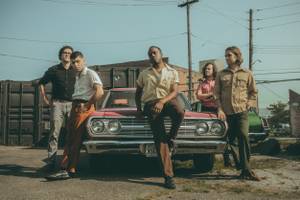 Durand Jones & The Indications(Sunday, 5:30 p.m., Huntridge Stage) The Indiana quintet’s music is a love letter to the past: pure ’60s and ’70s soul, full of sweet harmonies and beautiful melodies that would make late retro revivalists Charles Bradley and Sharon Jones proud. While the sound is timeless, the message is current. “Congressmen in Washington receive their brief and brew/While lead, it fills the pipelines in a Detroit county school,” frontman Jones sings on “Morning in America” off this year’s American Love Call. –ZM

Gallant (Sunday, 8:40 p.m., Huntridge Stage) Known for his powerful falsetto, the Maryland crooner is wildly versatile. He can rouse you with his stirring vocals (“Weight in Gold”), serenade you with a sweet slow jam (“Sleep on It”) or make you bounce (“Sharpest Edges”). While we’re still waiting for a follow-up to 2016’s Grammy-nominated Ology, he has gifted us a string of singles, including collaborations with indie-rock icon Sufjan Stevens and trap lord A$AP Ferg. Maybe he’ll bring some friends along. –Zoneil Maharaj

Carly Rae Jepsen (Sunday, 9:10 p.m., Bacardi Stage) Don’t call her the “Call Me Maybe” girl—she hasn’t been that in a long time. Jepsen has shown that she can deliver serious chart-topping hits beyond the realm of bubblegum pop. Her May LP, Dedicated, picks up where 2015’s Emotion left off, providing a delicate balance between heartfelt electro, delicate ballads and candy-coated bops. If that doesn’t convince you, she once filmed a music video with the celebrity dad of everyone’s dreams—Tom Hanks. –LV

Vampire Weekend (Sunday, 9:25 p.m., Downtown Stage) Talk about “absence makes the heart grow fonder.” Earlier this year, Vampire Weekend released Father of the Bride, its first album in six years and first full-length without producer/multi-instrumentalist Rostam Batmanglij as a full-fledged member. The effort was a resounding success, debuting at No. 1 on the Billboard 200 and establishing VW as the heir apparent to both jam-flavored indie-popsters and easygoing artists who can’t get enough of their parents’ classic rock LP collection. –Annie Zaleski 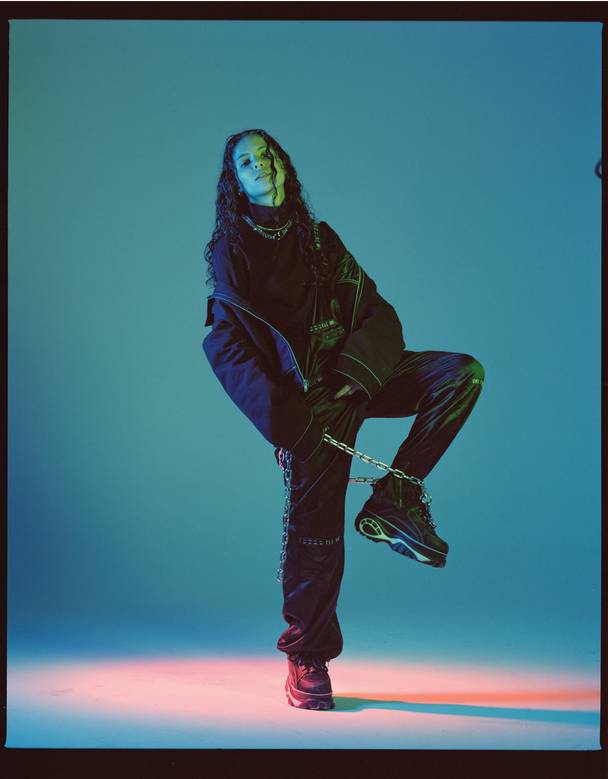 Maxo Kream(Friday, 3:05 p.m., Downtown Stage) If you need a reason to arrive early, Maxo Kream is it. His street rap masterpiece, July’s Brandon Banks, is praised for its unflinching detail, much—or all—of which stems from his personal life. In 2016, he was arrested on suspicion of organized crime and money laundering, among other charges. According to his song “Still,” the case isn’t closed. Catch him at the festival, just in case.

070 Shake(Friday, 6:50 p.m., Huntridge Stage) The star of Kanye West’s 2018 album Ye wasn’t the MAGA hat-wearing egomaniac, but New Jersey singer/rapper 070 Shake—and her Herculean cry, “I feel kinda free!” on “Ghost Town.” With Shake’s highly anticipated G.O.O.D. Music LP slated to drop any day, this is your chance to see her before the inevitable explosion. 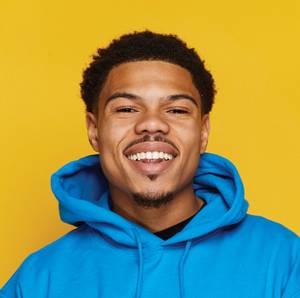 Taylor Bennett (Saturday, 6:50 pm., Huntridge Stage) Though he looks a lot like his older brother Chancelor, aka Chance the Rapper, this 23-year-old is carving his own lane. His latest LP, The American Reject, is a sonic embrace of society’s outcasts, featuring introspective bars about his experience as an openly bisexual black man in America. Chance had his. Now it’s time for Taylor’s big day.

SAINt JHN (Saturday, 8:35 p.m., Huntridge Stage) It takes a special talent to get tapped by Beyoncé (“Brown Skin Girl,” off The Lion King soundtrack) and snag a Lenny Kravitz feature (“Borders”). The latter is fitting, since SAINt JHN’s sophomore LP is titled Ghetto Lenny’s Love Songs. It showcases the best of the melodic trap star: a shape-shifting delivery, pensive ruminations on love and lust and an ear for hazy bangers. Show up and turn up. –Zoneil Maharaj

Get to know: recommendations to round out your musical adventure 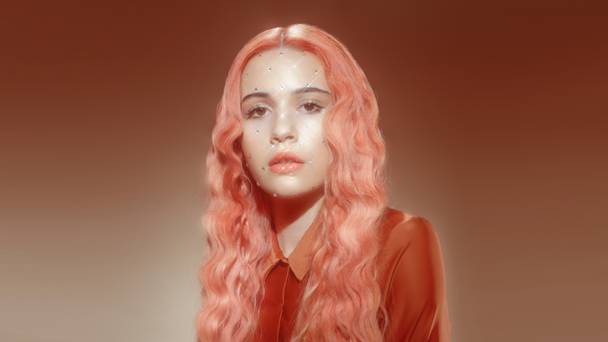 If you like Billie Eilish, check out Bea Miller

If you like Carly Rae Jepsen, check out MUNA

Carly Rae Jepsen is the undisputed electro-pop queen—but coming up rather close behind her these days is MUNA, an LA synth-rock trio that conjures late-’80s bubblegum pop and frothy New Wave balladry on its latest album, Saves the World. (MUNA: Saturday, 5:05 p.m., Bacardi Stage) 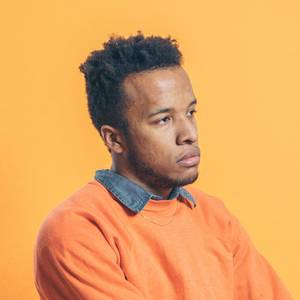 If you like Chance the Rapper, check out Cautious Clay

If you like Dashboard Confessional, check out Lewis Capaldi

Capaldi, a Scottish pop star, favors earnest, singer-songwriter fare with a tender heart, even though he also has a wicked sense of humor—for example, he started his Glastonbury set with a sly, savage nod to a spat with Noel Gallagher. (Capaldi: Sunday, 4:45 p.m., Downtown Stage 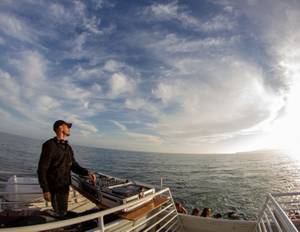 If you like Rüfüs Du Sol, check out aRod

If you like Rae Sremmurd, check out Tyla Yaweh 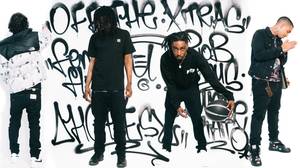 If you like Lil Wayne, check out Shoreline Mafia