As the nation locked down in March, the staff of Loud and Quiet magazine knew they were in trouble. No gigs or festivals for the foreseeable future dissolved the live music advertising that props up the free monthly publication. “It was like a tap being turned off,” says Stuart Stubbs, who founded the indie-minded publication in 2005.

Britain’s music magazines have been hit hard by the coronavirus pandemic. The closure of bars, venues and shops took with it the primary distribution network for the UK’s raft of free music publications. Many suspended printing and went online onlyincluding In Stereo – which publishes editorialised listings magazines in London, Bristol and Berlin – the monthly indie-focused DIY Mag, Loud and Quiet, and Crack. In the paid sector, Kerrang!, Mixmag and DJ Mag halted publication as newsstands closed.

Last week, Bauer Media announced it was reviewing the future of key brands, among them the monthly Q Magazine, and considering the possibility of digital-only formats, merger, divestment or closure. (Nobody from Bauer, which also publishes heritage music magazine Mojo, was available for comment during the 30-day review period.) The announcement provoked an outpouring of support for the music title, including from authors Irvine Welsh and Caitlin Moran – in addition to questions about whether the long-beleaguered medium has met its end.

A recent cover of Loud and Quiet magazine. Photograph: –

Two freesheets recently sounded the alarm over their future: Loud and Quiet and Crack launched emergency subscription packages, stressing they would close without reader support. Stubbs says he had felt embarrassed to ask readers to pay for a free product, even after they upgraded from newsprint to a glossy magazine in 2018. “We undervalued ourselves quite a lot, which I regret.”

The edgy, Bristol-based Crack moved quickly to produce a “dynamic” digital version of their summer issue for subscribers. They don’t know whether the print magazine will return this year. “We’re not going to have a flourishing events industry to support us with advertising,” says publisher Luke Sutton. “We’ve got a little way to go before we’re out of the woods.”

Music magazines have “been on the edge of sustainability” for a long time, says Douglas McCabe, of the media research group Enders Analysis. Print advertising has dwindled. There are plentiful free online publications. Key titles have closed: in 2018, NME axed its 66-year print incarnation (the brand survives online). Every year brings headlines about shrinking sales figures.

But many British music magazine editors and publishers say they were thriving in straitened times, at least before the pandemic. “The huge drop-off that most magazines experienced in the early 2010s has, relatively speaking, flattened out for many brands,” says the editor of Metal Hammer, Merlin Alderslade. “Most of our issues in 2019 were actually up year on year.”

Paul Geoghegan, the editor of global music magazine Songlines and managing director of Mark Allen Group music publications including Gramophone and Jazzwise, said the brand’s titles were sustainable before March. Stuart Williams, the publisher at Future Magazines – home to publications including Classic Rock and Metal Hammer – said its 13 music titles (not all of them print) were profitable in April 2020, “when half the shops in the UK were closed and the population was barely allowed out”.

Different titles reach their sustainability threshold at different volumes, says Enders’ McCabe. Niche publications, especially, can thrive at smaller publishing companies. “It is easier for a tiny company to run a magazine at a small profit than it is within the framework of a corporate enterprise.” The previously independent Rock Sound was bought by the small publishing company Syon Media earlier this year. The only difference it’s made, says brand director Andy Biddulph, “is that there’s no bailout – we live and die by what we create and can monetise”. 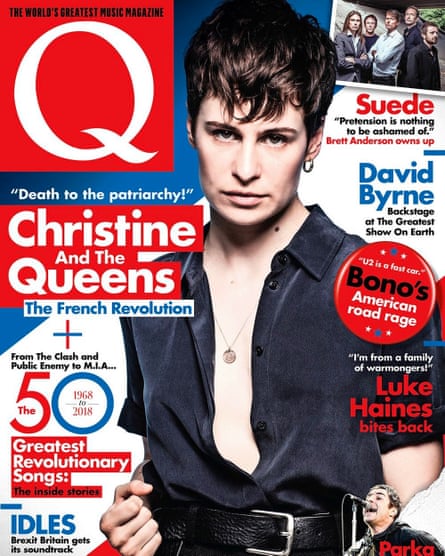 Christine and the Queens on the cover of Q magazine in 2018. Photograph: –

Last year, the heritage monthly Uncut and the NME brand and website were sold by Time Inc to Singapore’s BandLab. The editor of Uncut, Michael Bonner, describes “the liberation of working in a smaller, more responsive organisation versus being a relatively small cog in a bigger, non-responsive wheel”. He says the publication had taken a hit during the pandemic, although its strong international subscriber base and online single issue sales had increased and it was otherwise doing well.

Part of surviving as a music magazine in 2020 means expanding your offering. Stephen Ackroyd co-founded the free indie-pop magazine Dork in 2016, aiming at younger readers. Prior to lockdown, the publication was having its “best year to date”, he said, crediting its digital diversification and inventive online presence. Across the May bank holiday, Dork hosted a livestreamed festival comprising 250 original live sets recorded in musicians’ homes to benefit the NHS Covid-19 appeal.

Survival has necessitated a more reciprocal relationship with readers. Jon Bickley, publisher of the monthly heritage magazine Classic Pop, says this period has shown the brand “we need to work with our readers as part of our clan, not as our customers.”, while Future’s Williams emphasises the death of the old top-down, gatekeeper approach to music criticism. “The magazines that have survived are the ones who understand that readers pick up a magazine because they want to be turned on to great music: either stuff they knew and had forgotten, or they haven’t heard yet.”

The stereotypically antagonistic relationship between many musicians and music journalists has also softened into an understanding of their co-dependent relationship. Tony Herrington, publisher of the Wire – whose remit is highly experimental, left-field music – said there was no question of pausing printing during the pandemic. He describes the magazine as part of “a global music community, an international subcultural ecosystem and economy. We have a responsibility there, a sense of civic duty even.” 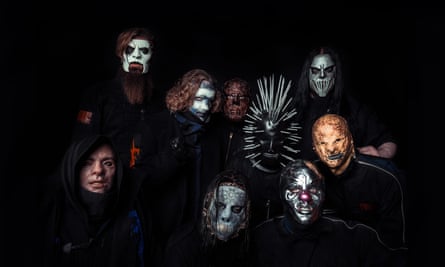 While much of the content within music magazines might find an online analogue, editors, publicists and readers say print still has a unique offering. When Slipknot appeared on the cover of Metal Hammer last year, one member of the band ordered 100 copies for friends and family, says Williams. “Showing them a copy of that is worth 100,000 blog articles or social mentions.”

Uncut’s Bonner says the appeal of physical media reaches beyond the magazine’s “venerable” readership: “Think about the success of vinyl with the younger generation when literally the same product could be streamed.” Adam Harvey, 16, says he fell in love with Charli XCX as a 10-year-old after reading about her in Top of the Pops magazine. Sophie Williams, a 19-year-old Cardiff-based music journalist who has written for the Guardian and NME, says she has built a collection of 62 magazines featuring cover stories with her favourite band, Arctic Monkeys. “I learned more about them as individuals and about their work from these stories, and as a result, felt even more attached to my favourite band.”Despite the always-on nature of online music coverage, readers say they value the slower pace of print.

“I really don’t think immediacy in journalism is as important as everyone thinks it is,” says Caitlin Hooper, 19. “Not everything has to be reported on the second it happens.” Dork’s Stephen Ackroyd says: “Any good magazine is crafted down to the smallest detail in a way that’s impractical online, where speed, SEO and responsiveness are more important.”

Music publications also offer increasingly rare coverage of art as separate from the celebrity culture that dominates online coverage – and the mainstream publications pay for it. Following the news about Q magazine’s potential fate, contributing editor Jazz Monroe highlighted that it pays “sensible money” for features on often obscure artists. “You can afford to research, craft and burrow in a way that just doesn’t make sense on a £300 fee,” he tweeted. “Its loss would limit music journalism.”

Some criticisms persist. Readers complain that legacy paid-for magazines often feature the same cover artists – a problem exacerbated by many of today’s biggest music stars refusing interviews. Others say mainstream publications were too late to embrace a diversity of genres and non-white artists. Some young fans balk at the “condescending” questions asked of their favourite artists. “When I see a journalist pay more attention to their relationships or drug use or things they want to keep out of the public eye, it angers me,” says Ella Shaftoe, 17.

Despite diminishing returns, there is solidarity between the remaining music publications. “Each publication has a personality and there’s room for a number of us to exist and people to be a fan of more than one of them,” says In Sound editor Jess Partridge. Dork’s Ackroyd says the paid-for magazines are the best they’ve been in years. “Q especially feels editorially stronger and more interesting than at any point I can remember, often commissioning multiple page features with acts no other title would or could.”

The endurance of music magazines is illogical in a sense, says Enders’ McCabe. “There should be very few of them. Most industries are down to their last few magazines, but music has more plurality than that – more titles, more publishing models. There’s a tremendous passion, enthusiasm and emotional connection to the music industry on the publishing side. It goes way beyond a hard-nosed reality.” It spells a potentially positive outcome for Q Magazine, whether at Bauer or a smaller publisher.

Loud and Quiet has reached 75% of the total of subscriptions it needs to ensure its base survival. The brand has podcasts and a thriving website, but editor Stubbs says he is only interested in continuing it if the magazine survives. Making it work would be “enough of a win”, he says. “If I was just thinking about this is a business sense, it would have stopped a long time ago.”