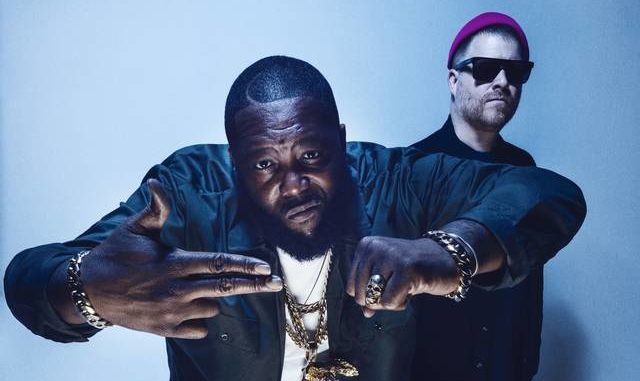 Watching the slow, steady growth of Run the Jewels over the past few years has truly been nothing short of remarkable. The hip-hop supergroup, made up of Atlanta rapper Killer Mike and New York City rapper-slash-producer El-P, started life in a very different position in the early 2010s than they find themselves in the early 2020s.

When the group was first formed, both Mike and El-P were pushing 40. While they separately had made waves in the alternative hip-hop scene, mainstream success frankly doesn’t come that late in the average rapper’s career.

But these two guys aren’t the average rappers. As they’ve proved time and time again on a series of self-titled albums, they have an unparalleled chemistry on the mic and an unquenchable thirst for justice. Combine those things with both heaps of critical acclaim and a time in American history where more and more people are thirsty for the same sort of justice as the two emcees, and you have a recipe for mainstream success.

As such, the band’s most recent album, “RTJ4,” which dropped last week a few days before its scheduled release, debuted on the Billboard 200 at number 10 — a first for Run the Jewels.

It’s a confluence of things that got them to this point, of course. While Run the Jewels has been gathering critical acclaim — especially, admittedly, among leftist-types — since their 2013 debut record, they’ve never released an album at a time so desperately in need of defining protest music.

It’s a total coincidence that “RTJ4” happened to be scheduled for release during the height of protests caused by the death of George Floyd at the hands of a now-former Minneapolis police officer kneeling on Floyd’s neck, an action that has forced Americans to ask hard questions about police brutality in our country.

But, much like how Fiona Apple’s “Fetch the Bolt Cutters” was accidentally redefined by releasing while we were grappling with learning how to be at home, “RTJ4” is also strengthened for having accidentally come out at the perfect time for its message.

Make no mistake: while Killer Mike and El-P have long been some of the most talented rappers operating in the current hip-hop scene, “RTJ4” sees them both operating at the absolute peak of their skills. Their rhymes are rugged and raw; you can feel the fire that’s burning in both of their bellies.

A big portion of what makes this record so much of a gut-punch is how focused Run the Jewels are for this outing. On previous efforts, the group came across as playful jokesters who happened to also be woke; while the pair gave us the modern protest anthem “Close Your Eyes (And Count to F***)” on “Run the Jewels 2,” every culturally relevant moment on that record was matched by a moment that saw Mike and El-P bragging about their sexual exploits.

This time, it feels as though Run the Jewels have finally grown up, channeling righteous anger into every single song, with the single-minded focus of a Rage Against the Machine album.

Killer Mike delivers a stirring verse about how overly violent police action disproportionately affects black men like himself in this country, and it’s all part of a system that channels minorities and the poor into a subservient underclass.

“And every day on evening news they feed you fear for free,/ And you so numb, you watch the cops choke out a man like me,/ And ‘til my voice goes from a shriek to whisper, ‘I can’t breathe,’” Mike raps. “And you sit there in the house on couch and watch it on TV,/ The most you give’s a Twitter rant and call it a tragedy.”

It’s a verse that I have spent much of the past week thinking about. It’s tempting to say this verse feels so emotional because it’s “prophetic,” but that isn’t it at all. While quoting some of the last words of Eric Garner, an unarmed black man choked to death by officers in New York City after being accused of selling cigarettes illegally, Killer Mike accidentally quoted the final words of Floyd, an unarmed black man choked to death by a Minneapolis officer after being accused of passing a counterfeit $20 bill.

This verse is powerful precisely because it is not prophetic, but rather because it just keeps happening. I can’t help but have tears in my eyes every time I hear this song, a response I’m not used to having to the raw aggression of Run the Jewels songs.

But there are plenty of moments on this record besides this one song, and plenty of them are just as explosive. Run the Jewels come out strong on intro track “yankee and the brave (ep. 4),” starting with absolutely blistering verses from both emcees, laying their thesis statement bare: they’re coming for those who stand for injustice.

“It’s scammer bliss when you puttin’ villains in charge of s***,/ All of us targeted, all we doin’ is arguin,” El-P spits. “Pardon them as they work until every pocket’s been picked and soul been harvested,/ I’m ready to mob on these f***in’ charlatans.”

It’s a perfect example of Mike and El-P operating like a well-oiled machine. They trade verses back and forth with deftness unlike many other contemporary rap groups.

The biggest stumble on perhaps the entire record comes on “out of sight,” a song with a banging beat that almost recalls New Orleans bounce music. While both El-P and Mike perform with almost surgical precision on this track, it’s all sort of undone by a pretty perplexing featured verse from 2 Chainz, who feels absurdly out of place in more ways than one.

I love 2 Chainz, but he is just a far less technically talented rapper than Killer Mike and El-P, so his verse feels sluggish by comparison. Additionally, 2 Chainz doesn’t exactly come to mind first when I’m trying to make a list of socially conscious rappers. This verse would have been better done, both thematically and technically, by a rapper like Kendrick Lamar, Joey Bada$$, Ghostface Killah — basically anyone other than 2 Chainz.

The second half of the album is where things really shine. I can’t go into it all here, but from “walking in the snow” on, every single track is absolutely essential.

Perhaps the biggest standout in the second half is “JU$T,” the track on this album which has the now-obligatory Zack de la Rocha/RTJ collaboration. However, the track is made far stranger — in a good way — by the inclusion of Pharrell Williams over production that sounds for all the world like a N.E.R.D. track. The whole thing sounds delightfully strange; never in a million years would I think I’d hear Pharrell crooning and Zack de la Rocha screaming on the same track.

It’s an anti-corporate anthem — unsurprising from a group who has been vocally pro-Bernie Sanders since 2015 — which encourages the removal of the power held by corporations in favor of putting that power back in the hands of the people.

It’s hard to put into words just how perfectly-suited for this moment “RTJ4” is. It’s about as politically progressive as an album can be — “RTJ4” is pro-healthcare, pro-union, pro-equality, and all about the Black Lives Matter movement. And it came out when all of these movements were in need of songs to define them.

“RTJ4” is helped tremendously by the fact that almost all of its songs are of an incredible quality, but that almost doesn’t matter at this point. This album would have been at the very least a footnote in history books, just based on the accidental way it capitalized on the time of its own release.

But with every song combining a righteous anger with some of the best rap lyrics in recent memory, what we have here is nothing short of a classic in the making.