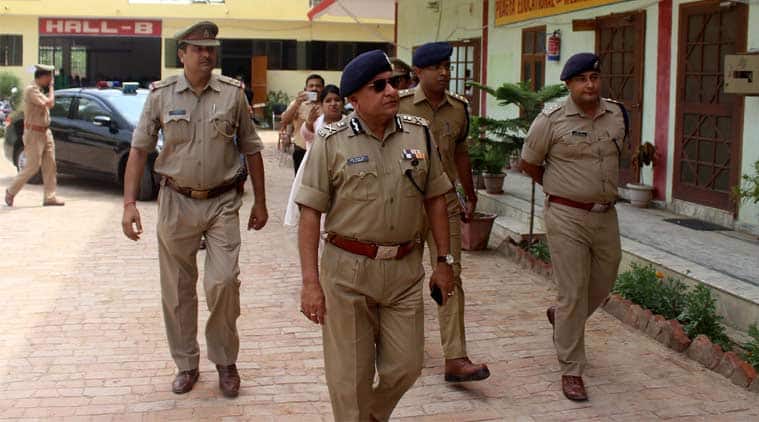 A police team reached the spot and brought the situation under control. (Representational Image)

FIVE persons, including a 40-year-old woman, were injured when two groups belonging to different communities clashed over playing of music on loudspeaker in a procession being taken out on the occasion of Janmashtami at Makri Mavada village in Bareilly Friday.

Police said the incident occurred when procession reached its final destination and people from another community objected over playing of music at a high volume and blockage of the road. This led to an argument that later turned violent with both groups pleting bricks. Those injured persons were part of the procession, said police. The procession was taken out without permission from the administration, police claimed.

A police team reached the spot and brought the situation under control. An FIR was registered against 15 named and 30 unidentified persons on several charges, including assault and rioting at Deorania police station. No arrests have been made yet.

ASP, Rural area, Sansar Singh, said no permission was sought from the district administration to take out the procession. He added that a search was on for suspects from both the groups involved in the clash.

Heavy police force has been deployed at Makri Mavada village to maintain the law and order situation.

“During preliminary inquiry, it came to light that when the procession was passing by an area that has a mosque, some people present at the spot objected to the music being played at a high volume. They also alleged that the road was blocked due to the procession,” said Raj Kumar, who is also a complainant in the FIR registered against people of both the sides in connection with the violence.

He added that some people part of the procession claimed that they had been taking out procession on Janmashtami for the past three years, while members of another community claimed this was happening for the first time.