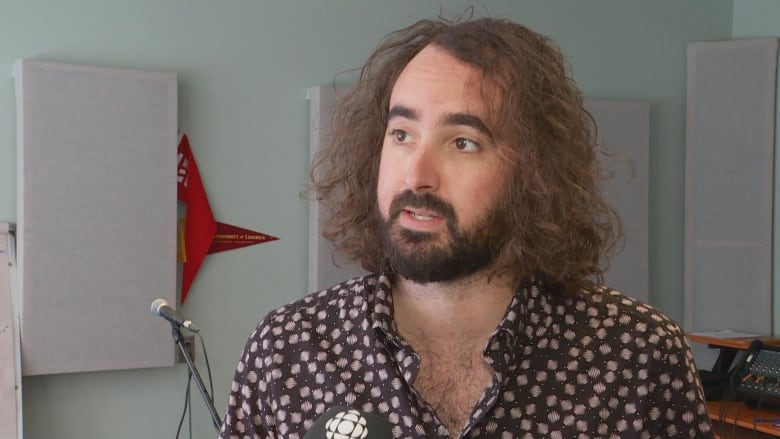 Some young up-and-coming musicians are attending a unique summer camp on P.E.I. this year.

The 6th Island Rock Camps has attracted artists of all skill levels from across the Maritimes who are learning to sing and play guitar, bass and drums.

“The message is we’re here to have fun, really, but we’re also here to make awesome music and learn,” said Andrew Waite, who started the camps in 2013.

“It’s about contemporary music really. We have kids from nine to 18 at this point that come for one week at a time to these summer camps and work with a coach and get to learn a bunch about the industry.”

There’s no experience required with learning an instrument at this camp.

Music camps range from beginner to intermediate and advanced where students are allowed to discover and create from their own ideas.

“We have a sort of mixed-age camp which has mixed levels and they range from never touching an instrument to being really quite proficient,” Waite said.

‘You have the rush’

“The environment is just amazing and you meet some fantastic people,” said guitarist Drew Cassibo.

“I like it because it’s very expressive. I find trouble kind of expressing myself a lot because I kind of suck at carrying a conversation and through music, you’re on the stage and you have the rush and it’s all coming out. It’s a phenomenal experience.”

Andrew Waite says the goal of the camp is to have fun, make music and learn. (Tom Steepe/CBC)

There’s also a songwriting workshop where campers are given an opportunity to work with fellow artists to write and perform their own original song.

Singer Julia Robichaud said the camp has not only helped her develop as an artist, but overcome some of her social anxiety.

“I used to really be kind of a shy, awkward kid and going to these camps and being able to play music and meeting new people, it’s a really huge confidence booster and it makes me way more outgoing than I used to be and I honestly love it.” 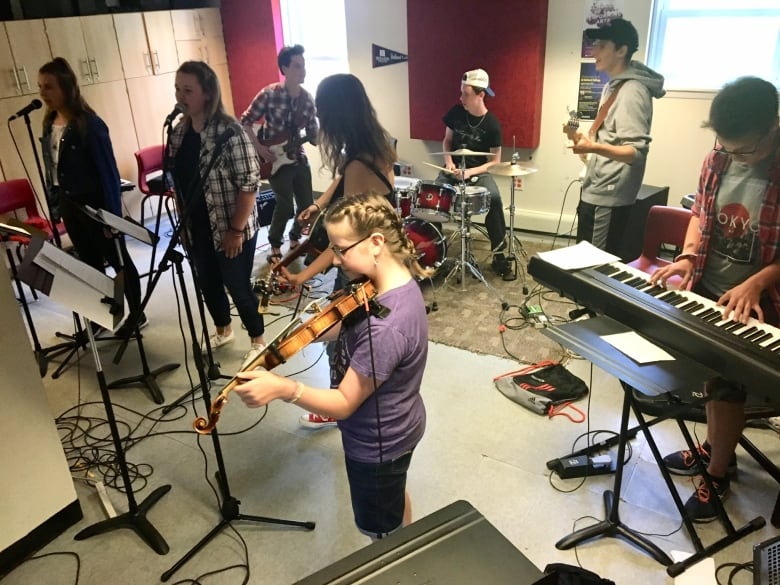 Island Rock Camps provides campers with a fundamental knowledge of the music industry for those wishing to pursue a career in music. (Tom Steepe/CBC)

The week culminates with an epic live rock show performed by campers at the Florence Simmons Performance Hall.

“It’s surreal almost,” said Robichaud. “It’s like this magical feeling of working together and creating something so beautiful that you have with your friends.”

Waite said the camp is more than a typical summer band camp. 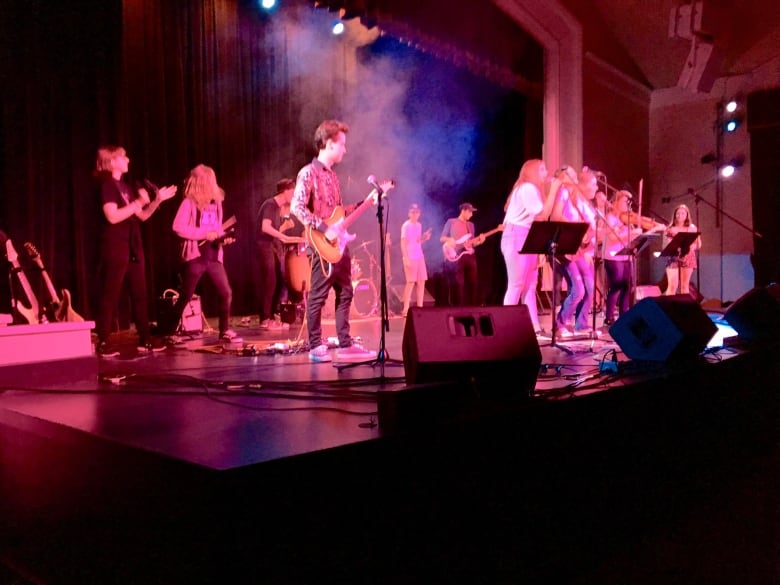 The highlight of the week at Island Rock Camps is the opportunity to perform in front of an audience at the Florence Simmons Performance Hall. (Tom Steepe/CBC)

It not only provides a venue for fun and creativity, it also teaches campers about the music industry for those wishing to pursue a career in music.

“It blows my mind every single week and I think I can speak for all of our team in saying it does the same for all of us,” said Waite. “It’s amazing to see the growth and the talent that these kids have.”